After a month and a half’s break, the Sevens World Series returns this weekend. This isn’t your average Sevens leg however, as some of rugby’s biggest superstars will be participating in the event. Sonny Bill Williams, Liam Messam, Ardie Savea, and one of the hottest young prospects in New Zealand, Akira Ioane, will all turn out for the All Blacks.

With a talented squad and home ground advantage, the hosts should prove a tough nut to crack, but that won’t stop the flying Fijians and the ever competitive Blitzbokke from trying to get their second tournament wins of the series. 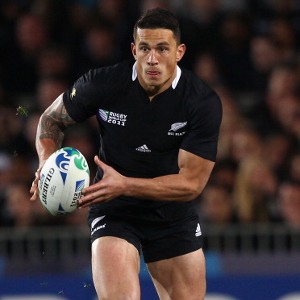 Home ground advantage and a squad that contains at least four players who could, and in most cases have, turned out for the All Blacks’ 15-man side, make New Zealand the favourites with the bookies. Their miserable start to the 2015/16 series has left them sitting way down in seventh place on the series standings and they will be eager to rectify this as soon as possible.

The main reason for their poor showing thus far has been down to a slew of injuries. When asked about his team’s injury woes, All Black Sevens mentor, Gordon Tietjens responded with this “I have never seen anything like it, it has been like a war zone”. Which is quite an apt response when you consider how many of their players were injured in the opening two rounds.

Dubai saw Scott Curry, Tim Mikkelson, Regan Ware, Gillies Kaka and Sherwin Stowers all succumb to injury. To compound matters for Tietjens and his men, Declan O’ Connor picked up a season-ending knee injury, while Antonio Kirikiri picked up a massive gash above his eye that forced him to undergo surgery at Cape Town Hospital, during the inaugural Cape Town Sevens.

So things couldn’t possibly get worse for the Kiwi’s you say? Well, they have. Skipper Scott Curry’s innocuous shoulder injury picked up in Dubai turned out to be a lot less cut and dry as originally thought. Curry is now looking at a six-month stint on the sidelines.

Despite having an injury list that could rival that of a casualty ward, the hosts still have a fantastic chance of winning their home tournament. I mean when you’ve got two All Blacks in your side you’re always in with a shout.

Sonny-Bill Williams is probably the biggest game changer in world rugby – regardless of the code he’s participating in. The big centre will be joined in the squad by fellow All Black and Waikato Chief Liam Messam. Factor in the Ioane brothers and Julian Savea and you’ve got a squad capable of decimating any of their rivals.

Player To Watch: Akira Ioane:
Mark my words this youngster is destined for big things. He is incredibly agile, as strong as an ox, and has a rugby brain that would rival most flyhalves. Fiji
Pool opponents: Argentina, Wales, and Japan
After putting in a virtuoso display during the opening leg of the tournament in Dubai, that saw them canter to a tournament victory, the Fijians descended upon Cape Town Stadium focused and fired up.

Having topped their group, they looked good for back to back tournament victories at the close of the group stage of the South African leg. However, a loss to the unpredictable French in the Cup quarters finals meant they would only pick up the Plate trophy and the 13 series points that go along with the accolade. Coach Ben Ryan will still be fuming after that ignominious loss – especially with the other tournament favourites putting in sub-par performances in Cape Town.

But let’s stop dwell on the past and instead look to the future. The Fijians come into this one as second-favourites with the bookies to win the tournament. And rightly so. Their squad, while not as star-studded as their Kiwi neighbours, contains an abundance of mercurial talent. They also have a decent record in Wellington. The Islanders won the 2000, 2006 and 2010 events while they were runners-up in 2001, 2004, 2007, and 2012. And with Fiji a short boat trip away and a lot of Fijians now residing in the land of the Long white Cloud, Ryan Lam’s men are likely to receive their fair share of support from the 12 000 strong Westpac Stadium crowd.

They have the players, the support, and the record, but do they have enough to beat the tournament hosts? Their recent record against the All Black Sevens side in Wellington seems to suggest they don’t. When the two sides met in the 2012 Cup final, New Zealand put on a dominant display that saw them run out 24-7 victors.

Player To Watch: Savenaca Rawaca
Their leading try scorer Savenaca Rawaca is probably the most mercurial of the bunch. His mean side step, lightning quick acceleration, and brilliant handling skills make him a nightmare for defenders to deal with. South Africa
Pool Opponents: New Zealand, Scotland, and Russia
They may still be missing some of their key men but the Blitzbokke will come into this one with their tails up. After a dismal group showing in Cape Town, that saw them narrowly edge out England and lose to Kenya, many thought the Blitzbokke were going to make the inaugural Cape Town Sevens one to forget for their vociferous fans.

This South African Sevens team has a lot of heart, however. They improved dramatically on the second day and ended up winning the Cup final which sent a record-breaking Cape Town Stadium crowd into raptures.

They’re going to have to be on their game from the word go if they are to win the Wellington tournament, though. They’re in a tricky pool that contains the host nation as well as an impressive Scottish side and any loss here may see them have to wave goodbye to their hopes of claiming the Cup.

Player To Watch: Sandile Ngcobo
While I’ve only ever seen Ngobo play once, for the Griquas during last year’s Currie Cup, he looks a hell of a player. He’s a rather small man but his low centre of gravity, quick footwork, and blistering pace makes him an absolute handful.

Verdict: New Zealand 16/10
They may be missing some of their sevens stalwarts but with the likes of Williams and Messam filling in for their beleaguered colleagues, the Kiwi’s should have more than enough quality to win this one.