Karl Zechner: Star of the Week

After a slow start KARL ZECHNER’s career has taken off nicely since he made the bold move to relocate to Gauteng. Through sheer hard work and determination some of Gauteng’s top trainers have given him the deserved chances. He repaid that faith by steering the Saeed Mohideen trained, Zambucca to his first Grade 3 win of his career in last year’s Victory Moon Stakes on the Highveld. He was also runner-up in the Grade 1 Gold Cup at Greyville aboard the Mike Azzie gelding, Masai Warrior. This past season has been Karl’s best yet as he finished in the top 30 on the South African jockeys log after riding 44 winners and he aims to reach the magical century mark in the new season. In the upcoming Emerald Cup, to be run over 1450m on the Vaal sand at the end of the month, he rides the Azzie trained EUGENES and he is very happy with his ride. Karl’s career continues to blossom and WINNING FORM wishes him well and will follow his progress with keen interest. 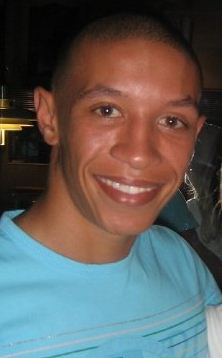 What is your name?
Karl Zechner.

Where were you born and where did you grow up?
I was born and grew up in Zimbabwe.

Where do you live?
I live in Johannesburg.

Tell us about your family?
I come from a family of seven and have three sisters and one brother. I’m the youngest. Most of them are now overseas.

What book are you reading at the moment?
Top Gear.

Which characteristic about yourself do you like the most?
That when I do something it has to be done correctly, or I won’t do it at all.

Where did you go to school?
St Thomas Aquinas School in Witbank.

What tertiary education did you attain?
I got my Matric at the Academy.

Did you know anything about horses before entering the jockey academy?
Yes, I had been attending a riding school from the age of 5.

What led to you applying to go to the jockey academy?
I started riding from the age of 5 and always loved being around horses. I could corner them very easily. I started as a show jumper and could see myself with them for the rest of my life, but I didn’t want it to be just fun, so my father applied for me to go to the academy.

Who were your riding masters at that time?
Mr. Curtis and Mr. Gadsby.

How difficult was it for you to fit into the lifestyle at the academy?
It was tough in the beginning but I am happy it was like that because it made me who I am today.

Tell us about that first ride and how exciting was it for you?
It was a very exciting moment for all of us.

Tell us about your first winner?
It took me a while for my first winner but when it came it was worth waiting for. I had a real battle with Robbie Hill and got my horse up to beat him by a short head. It was such a thrill I could hardly believe it.

Which really good horse did you win on as an apprentice?
I would say that Meet My Master could have been the best, trained by Tony Rivalland.

As an apprentice which trainers took the most interest in you?
I rode for most of the trainers but mostly for Mr. Rivalland.

Did you find it difficult for you once you qualified to be a jockey?
Yes, at first I found it very difficult but things are going much better now.

How hard was it for you to get rides from trainers?
Very hard. I was lucky to have the support of the trainers who had taken a liking to me.

You rode in KZN for a while before moving to Gauteng. What influenced you in deciding to move to Gauteng?
I was battling to get rides in  KZN and I needed to ride in the big races to have that on my C.V.

Who were the trainers that took an interest in you when you moved to Gauteng?
Mr. Azzie, Mr. Magner, Mr. Zaki, Mr. Wiid and Mr. Mohideen. A big thank you to all of them.

You won aboard ZAMBUCCA in the Victory Moon Stakes. How did you get the ride?
I was riding a bit of work for trainer Mohideen and, luckily, picked up the ride.

How many other feature races have you won?
I have won the Easter Handicap twice and the Gold Bowl.

Who are the trainers who mainly give you rides now?
I am very lucky to get rides from most of the trainers but I do get big support from Mr. Wiid, Mr. Azzie and Mr. Alexander.

You finished second in the Gold Cup this year with MASAI WARRIOR. How were you feeling after the race?
I was very happy because I always wanted to come back to Durban to ride in the two big races-the Durban July, which I still have to do, and the Gold Cup.

Do you think he has another win in him?
Yes, more than just a win, a big one.

The Emerald Cup is just around the corner. Have you secured yourself a ride in the race?
Yes, I have. I will be riding Eugenes for trainer Michael Azzie.

If you had a choice, which horse would you like to be on?
I’m happy with my ride in the race.

With the Cape season just around the corner do you have any plans to look for rides in the Cape?
I will be looking for a ride in the Met.

Do you have an agent or do you book your own rides?
I am very lucky to have a good agent in Desmond Zaki.

What is your short term ambition?
To be amongst the top 10 jockeys in South Africa.

This past season has been good for you with you finishing in the top 30 jockeys in SA, having ridden 44 winners. How do you plan to improve that figure?
I am looking to finish in the top 10 with 100 winners.

Do you ever have a bet on a horse you are riding or is your pleasure confined to riding as many winners as possible?
I don’t bet on horses but I am more than happy when I ride winners.

Do you do anything extra to maintain yourself at peak fitness?
I enjoy swimming which is relaxing and helps to keep me fit.

As a jockey you must get up early most mornings. How does this affect your social life?
It’s very hard because I am always trying to catch up on my sleep but I also need to be sociable. 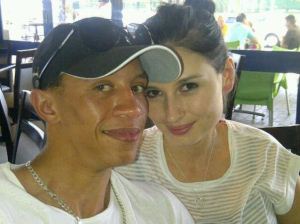 Outside of racing what are your main interests?
I love fishing, which I find to be very relaxing.

If for any reason you could not be a jockey what would you like to do to earn a living?
I would like to stay in the racing business.

Does the old maxim, “Behind every successful man is an equally successful woman,” apply to Karl Zechner?
My fiancée is Lauren. We have been engaged for over 4 years and she is behind me all the way. She is a great encouragement to me and keeps me going when things get tough.

Pick 6 Rule Change!
How Do We Play?