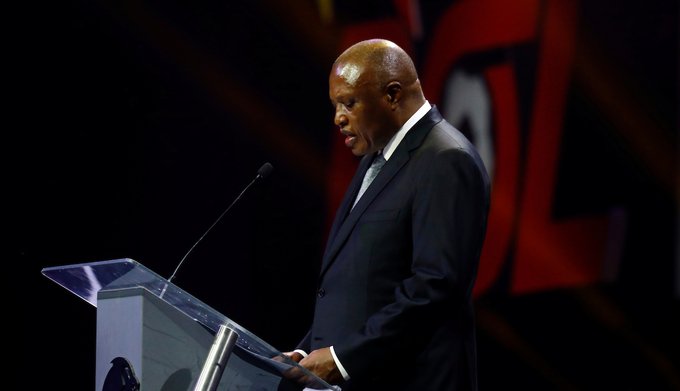 Irvin Khoza says the Premier Soccer League are waiting for SAFA to approve the dates submitted for the resumption of football.

Irvin Khoza says the Premier Soccer League are waiting for SAFA to approve the dates submitted for the resumption of football.

Speaking at a press briefing on Monday, the PSL chairman explained the Absa Premiership and GladAfrica Championship would need to be completed by the end of August, with Gauteng named as the host province.

All league matches will take place a ‘biologically-safe bubble’ away from the public, once all players have been tested negative for Covid-19 for a second time.

Khoza said: “All 32 clubs will be placed in the bubble in Gauteng. KZN and North West were close contenders to host the bubble but the PSL found that Gauteng has the biggest advantage.

“What we have done is submitted the dates, but not announced them in public. We cannot announce them, we have prepared them and supplied them to SAFA.

“They have taken them to the meeting with compliance officers (this morning) and will then give an update.”

Khoza added that it was important to get back to the business of football as the absence of the game has affected so many people both emotionally and financially, but stressed the need to do so properly.

“We have put saving lives first, in fact our whole approach is governed by this all important health factor.”

He further explained: “The NSL (National Soccer League) alerted sponsors and broadcasters that the season would be completed at the end of August, it was in working back from this date in the requirement of at least six weeks to complete the fixtures.

“The NSL is essential in the South African economy, as an employer and business that sustains livelihoods… We do not play for fun. The so-called ‘playing’ is a business.

“The confusion around the dates, I must indicate that I had a few meetings with the president of SAFA in dealing with these issues long before this controversy came about.

“There is a meeting taking place between the SAFA and PSL compliance officers to finalise, among other things, and the availability of the match officials,” he explained.