We’ve got a full set of fixtures lined up in the Ram Slam T20 Challenge this weekend. Saturday will see The Sunfoil Dolphins go up against the VKB Knights in the first match of a double-header at St George’s Park, the second match of the day will see the Chevrolet Warriors go head to head with log-leaders, the Unlimited Titans.

Sunday will see the Cape Cobras travel to the Wanderers to play against a bizhub Highveld Lions side that will be smarting after their shock defeat to the Knights on Wednesday. 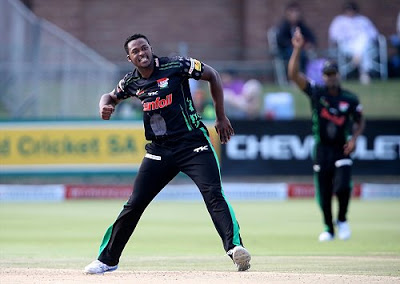 Dolphins  11/20
Draw 35/1
VKB Knights 29/20
After an outstanding start to the season – thanks mainly to the efforts of a certain Kevin Pietersen – the Sunfoil Dolphins have struggled in the batting department. They were last in action against the bizhub Highveld Lions in Johannesburg where a solid bowling performance restricted the hosts to 145-6. After a bright start from the visitors’ openers saw them scoot along to 45-1, the all too familiar collapse would eventually the men from KZN fall six runs short of the total; with only Morne van Wyk, Vaughn van Jaarsveld and David Miller achieving scores in the twenties.

The Knights finally got their first points of the season when they beat a much-hyped bizhub Highveld Lions side in this week’s only midweek fixture. Reeza Hendricks and Rilee Rossouw got the visitors off to the perfect start, putting on 90 for the first wicket. Telling contributions from Aubrey Swanepoel and Tumelo Bodibe lower down the order saw the Kimberly-based franchise post a solid total of 175-5. Although the Lions’ chase got off to a decent enough start, a spectacular collapse saw them lose their last five wickets for just 24 runs.

The Dolphins have made a couple of changes to the squad that will travel to Port Elizabeth this weekend with John Vandiar, Rabian Engelbrecht and Kyle Nipper come into the team. If the Dolphins are to beat this resurgent Knights side, they are going to need much better displays from the likes of Khayo Zondo, Dwayne Bravo and Andile Phelukwayo to do better with the bat.

I do think that the Dolphins will win this game, however, at 17/20 they don’t offer much value. Back Vaughn van Jaarsveld to top score for the Dolphins at 4/1. The opener has been excellent of late, converting his form in the amateur arena into runs on the professional stage. 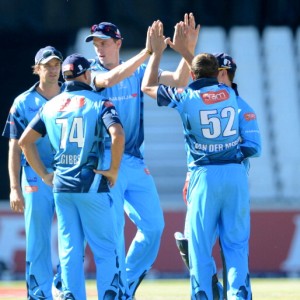 Chevrolet Warriors 31/20
Draw 35/1
The Unlimited Titans 5/10
The second match of Saturday’s double header will see the Chevrolet Warriors go up against this season’s form team, the Unlimited Titans. The PE-based side haven’t had an ideal start to the season, winning just two of their six games. However, they do still stand an outside chance of making it into the play-off positions. The Warriors last result saw them go down to the Titans in  the reverse fixture at SuperSport Park Centurion. They set the Titans a target of 150 which was easily chased down by the men from Pretoria, thanks to some average bowling and a superb opening stand between Quinton de Kock and Henry Davids.

The Titans on the other hand are undefeated since their opening-day loss to the Sunfoil Dolphins and currently sit top of the standings with 25 points after seven matches. They dismantled the Cape Cobras last time our thanks to some superb batting from their dangerous opening pair of de Kock and Davids saw the Titans post 177-3 in their 20 overs. Albie Morkel, as he’s done on several occasions this season, used a number of different bowlers last time out, with only Chris Morris and Tabriaz Shamsi bowling out their full quota. Changing up the attack so often doesn’t really allow the batting side to target any one of the bowlers.

Neither side should make too many changes – if any – to their squads for the upcoming match. I can’t see anything but a Titans’ win on Saturday, though they offer very little value at 5/10. I think that either Quinton de Kock or Henry Davids are due a 100 in this competition – back the Hundred to be Scored Market – YES at 13/2. The bizhub Highveld Lions
Draw
Cape Cobras
Please note that this game wasn’t priced up at the time of publishing. Odds will be added as soon as they become available.
The final game of the weekend sees the Cape Cobras travel to the Wanderers to take on the bizhub Highveld Lions. The hosts will have been stung by the defeat suffered at the hands of the Knights last time out. After a strong start in their pursuit of the Knights’ 175-5 was scuppered by a spectacular middle-lower order collapse which saw the Highveld team lose their last five wickets for just 24 runs.

The Cobra’s were also up against the Knights last time out in Paarl. Having won the toss, the hosts sent the Knights in to bat. A strong bowling performance saw the men from the cape restrict their opponents to 140-7 after their 20 overs. A typically belligerent performance from Richard Levi got the men from Cape Town off to the ideal start – and together with Justin Ontong – would set the platform the Cape side needed to win. It is worth noting that the Cobras will be without Kieron Pollard for the rest of the season, the destructive West Indian injured his knee against the Knights and won’t be in action until next year.

Despite losing their West Indian superstar, I think the Cape Cobra’s explosive batting line-up will take the game away from the Lions. Back the Cape side to win.