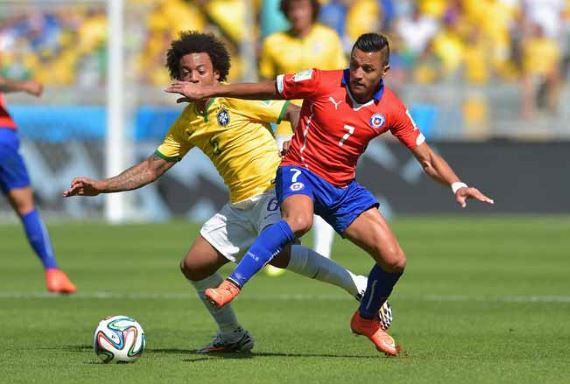 Copa America winners Chile will host five-time World Champions Brazil in a 2018 World Cup Qualifier in the early hours of Friday morning. The Brazilians boast an excellent record against Chile having won 15 of their 18 meetings with two draws and just one defeat. La Roja will hope to overcome hefty odds by ousting the Brazilians in front of their home support. Brazil are ranked 7th in the new FIFA rankings with Chile in 9th place. 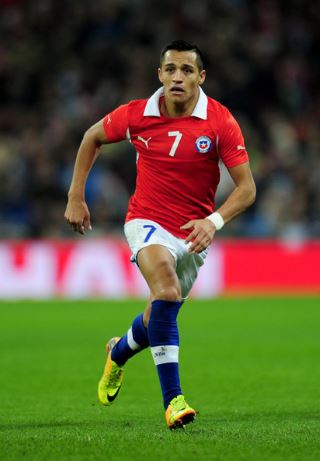 Chile’s current generation have made history. In the last two World Cups they have made it to the second round. And a couple of months ago they finally put an end to the trophy drought, winning the Copa America on home soil. Chile were victorious in their last outing against Paraguay, winning 3-2 thanks to a brace from Felipe Gutierrez.

La Roja will now face a daunting test against a Brazil side they haven’t beaten since 2000. Chile will be confident of beating any team they face but will need their star players to be at their best. Bayern midfielder Arturo Vidal is the central cog in the Chile machine, assuredly protecting the back four, mopping up where’s needed, and so quickly turning defence into attack. He helps put together part of the high-volume, accurate passing that starves opposition players of the ball. When given time and space on the ball, he can produce in any given moment and the Brazilians will need to mark him tightly.

The man to watch will be Alexis Sanchez. Alexis’ pace and flair on the wing prove an unstoppable combination for even the best defences. He possesses the ability and slight-of-foot to first shift his marker in the wrong direction, before speeding off in the opposite direction leaving an embarrassed opponent in his wake. He should be a nuisance against Brazil with his movement and trickery. 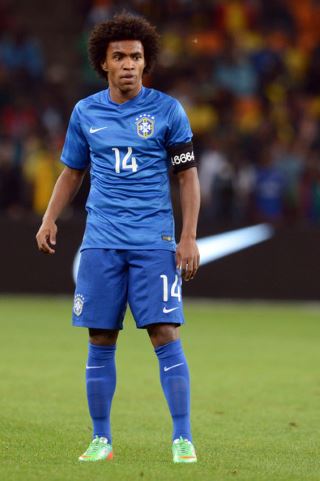 Brazil have won both of their friendly matches since their Copa America exit beating Costa Rica 1-0 and United States 4-1. The Selecao will be hoping to maintain their winning run against Chile, but they will have to do it without their skipper Neymar. The 23-year-old Barcelona forward, who has scored 46 goals for his country, was given a four-match ban at the Copa America in June. Brazil played two further matches in the tournament without their talisman, meaning he is also due to miss the forthcoming matches against Chile and Venezuela. Brazil will also be without the Liverpool duo of Philippe Coutinho and Roberto Firmino who are both injured, but the loss of Neymar is a massive blow.

Chelsea midfielder Oscar will return to the Brazil squad after missing out on the Copa America due to injury. Oscar will be the key player in Neymar’s absence and he’ll looking to get on the scoresheet as well as create opportunities for his team-mates. He is capable of providing that moment of magic as he possesses excellent vision, sure passing ability and a fine first touch. His technical brilliance allows him to do wonders with the ball at his feet, not only find space but also create the space out of nowhere.

Willian is another dangerous player who could trouble Chile’s backline with his excessive pace and fantastic dribbling skills. His incredible speed allows him to swiftly get down the field and be a thorn for the opposite defenders and his quick feet give him the dubiousness to weave throughout the defence and get himself into goalscoring opportunities. There are many dangerous players and huge scoring threats in this Brazil side with the likes of Douglas Costa, Kaka and Hulk, who will cause all problems for Chile’s defence.

Verdict
Both teams thrive on free-flowing attacking football which could see defences open and exposed. There should be chances galore at either end and their respective frontlines should take the opportunities with open arms. That being said, Chile are tipped to capitalize on home advantage. Take Chile to win + Both Teams To Score at 42/10.