Mercedes managed to conjure up their second one-two finish of the season in China. An impressive display by the Brackley based team was undermined by friction between Lewis and Nico, which seems to be building with every passing race. With the Ferrari waiting in the wings to take advantage of any Silver Arrows slip ups, Bahrain promises to be an intriguing race. China saw a return to winnings ways for Lewis Hamilton and his Mercedes team. The Brit had a fantastic weekend taking pole in qualifying, claiming the fastest lap and winning the main race in emphatic style. With Hamilton’s win as well as a one-two finish you’d think it would be all smiles in the Mercedes camp; this is not the case however as his aggrieved teammate and second-place finisher Nico Rosberg pointed out to the watching world via the team’s radio. Rosberg was hampered by Hamilton’s slow driving in the final few laps; whether or not Hamilton was doing this to preserve his tyres is unclear but whatever the reason it almost cost Rosberg his runners-up spot. Sebastian Vettel and Kimi Raikkonen, who finished in third and fourth position respectively, were shaving time off Rosberg’s advantage. Although there were only a few more laps to go the pressure was starting to build on Nico’s shoulders and an unfortunate retirement on the start finish line for young gun Max Verstappen saw the safety car come to Rosberg’s rescue.

Max wasn’t the only driver to suffer from Renault’s reliability issues. Daniil Kvyat saw his chances of claiming his first points of the season literally go up in smoke on the thirteenth lap. His teammate Daniel Ricciardo managed to salvage some respectability for the Red Bull team with a ninth-place finish, his duel with Marcus Ericsson producing the most exciting racing of the day with neither driver willing to give an inch. Ricciardo eventually saw off Ericsson to claim ninth, whilst Ericsson rounded out the top ten. Further up the field the Williams team was at it again with Felipe Massa and Valtteri Bottas battling each other for fifth. Massa would eventually go on to take it whilst  Bottas had to settle for sixth. They were followed by Romain Grosjean whose seventh-place finish secured Lotus’ first points of the season. Felipe Nasr claimed his second points finish of 2015, his eighth place earning four valuable points for both himself and his Sauber team. Although this race will mainly be remembered for Lewis’ dominance there was some fantastic racing further down the field. Hopefully we’ll see a battle akin to Ricciardo vs Ericsson between some of the front runners out in Bahrain.

Track
Situated on the Western shores of the Persian Gulf, Bahrain will host the first night race of the season this coming Sunday. The Bahrain International Circuit was designed by German engineer Hermann Tilke who was also the brain behind the Sepang International Circuit. Much like Sepang, it cost a bucket load of money to build, $150 million to be precise. The complex is home to six different circuits which cater for various forms of motorsport. The Grand Prix circuit is 5.412km long and consists of 67 laps. Drivers will be tested by the fifteen turns which include three challenging hairpins at turns one, eight and ten. There are also three long straights with the pit straight containing one of the DRS zones. The other DRS zone is on the shorter straight between turns ten and eleven. The weather forecast for the weekend indicates near perfect conditions for racing with temperatures only reaching 25°C. With the lower temperatures and smoother track conditions Pirelli have opted to issue the medium and soft compound tyres. Last year’s race saw a Silver Arrows one-two with the podium being rounded out by Force India’s Sergio Perez. The track will be a good indicator as to how much of an advantage Mercedes still have over Ferrari and it is also the last race before the three week break which will see the engineers tinkering with the cars. Mercedes will need to put their current superiority to good use as things are going to be a lot more competitive when the teams head off to Europe. 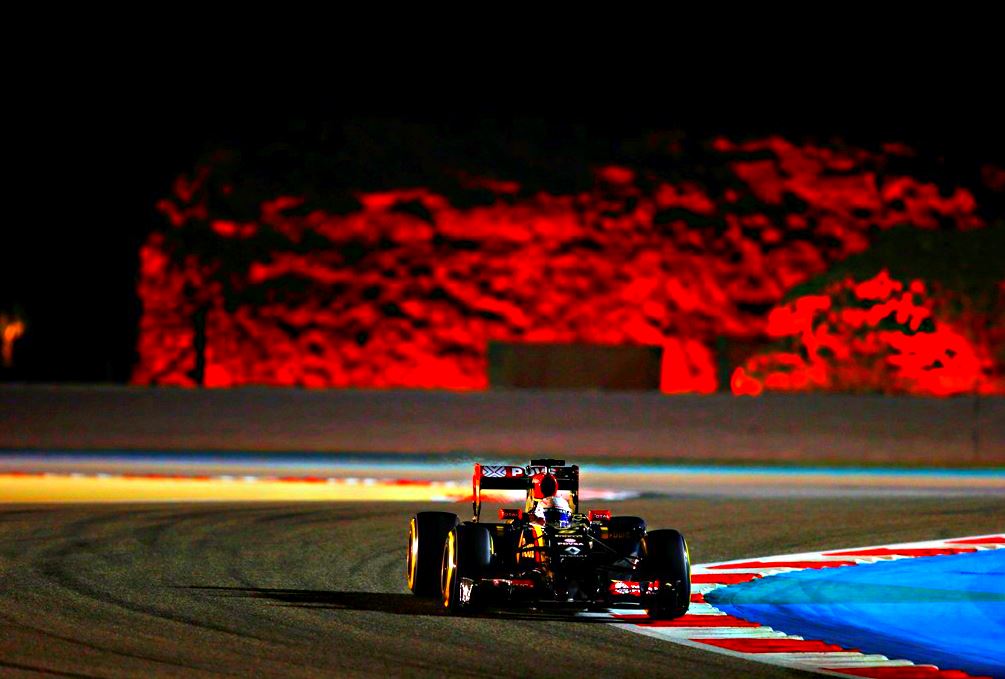 VALUE BETS
Kimi Raikkonen – Podium Finish (5/4)
Once again Kimi was left stranded in fourth, one place off that elusive podium finish. Having started sixth on the grid he immediately went on the offensive, overtaking Valtteri Bottas and Felipe Massa before the first lap was completed. Raikkonen was putting in some lighting quick lap times and began to cut down teammate Vettel’s lead before Max Verstappen’s retirement saw the race being completed under the supervision of the safety car. Another ‘almost’ moment in China will have Kimi chomping at the bit to claim a podium finish before the teams head off to Europe. 5/4 offers good value for the in-form flying Finn.

Max Verstappen – Top 6 Finish (33/10)
Max is probably the biggest victim in the Renault reliability fiasco; he was on for back-to-back points scoring races when his Renault engine went to pieces à la Australia. Having qualified in thirteenth the Toro Rosso rookie scythed his way through the field with some thrilling overtaking; particularly the two late braking manoeuvres on the Saubers which Michael Schumacher would have been envious of. His retirement with just a few laps to go will have annoyed not only himself but also his outspoken father, former F1 driver Jos Verstappen. If the Renault powered Toro Rosso can go the race distance Max may well be in with a shout of ending the race in the Top 6. With the odds sitting at 33/10 it’s well worth a punt.

Romain Grosjean – Top 6 Finish (7/4)
The forgotten Frenchman’s seventh-place finish made it a much more positive race weekend for the Lotus team. Impressive first and second round qualifying displays saw Romain advance to Q3, in which he went on to claim eighth spot on the starting grid. His drive in the main race was solid if not spectacular but all he’ll care about is the result and the points that go along with it. Although he only finished last year’s edition of the Bahrain GP in twelfth position, Grosjean is starting to find some form and with Red Bulls struggling he could easily find himself duking it out with the Williams duo for that coveted Top 6 finish. Fastest Qualifier / To Win Outright
Lewis Hamilton (4/10 / 5/10)
My biggest issue with backing Lewis Hamilton is that I have to find a hundred odd words mainly consisting of superlatives that haven’t already been written or said before. If you had to ask Hamilton to evaluate his performances so far this season he’d probably describe them as above par, whilst every other driver on the circuit would use words such as fantastic, marvelous and near perfect. That is why Lewis is so good at what he does, he knows he has the best car, he knows he’s the in-form driver and he probably thinks he should be winning every race this season. With his win in China he’s gone two from three and will most likely make it three from four in Bahrain. His stints in qualifying have been exceptionally well timed; he’s three from three for pole and I can’t see anyone stopping the run this weekend.