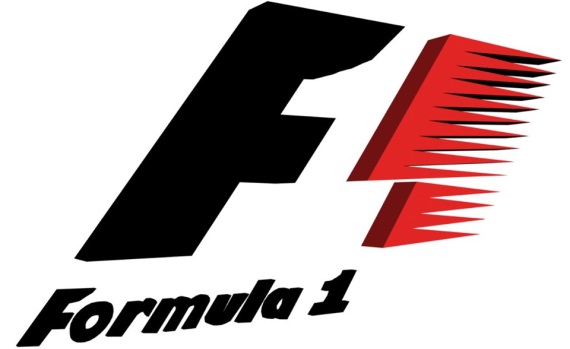 Matthew Molver returns from his week off to preview this weekend’s Formula One event, the British Grand Prix.

This weekend we jet off to the lonely little Island of England to the famous Silverstone circuit, a track that arose from old airfields used during the second world war. The track has a great history and character behind it.

After Mercedes change of policy with their driver strategies in Austria, which made that race an absolute nail biter, it will be interesting to see what the Mercedes boys get up to in Britain. Hold onto your seats’ folks, because this one is sure to be a wild ride.

25% Winning Bonus Promotion
The Formula One field heads for England this week for the British Grand Prix. To celebrate one of the most thrilling race weekends on the F1 calendar, we’re running a 25% Bonus promotion. Punters will receive a 25% bonus on their winnings if the driver they back to win the MAIN RACE also secures the FASTEST LAP accolade. The offer runs until the start of the main race on Sunday the 10th of July. The minimum stake that can be laid is R50 and the maximum is R1 000. For more information, contact our helpline on 087 353 7634 or click on the promotion image below.

Previous Race
At the 2016 Austrian Grand Prix, rain mixed up the grid and an unexpected last-lap collision cast the die for the race – making sure that the Austrian GP will definitely feature in the highlight reel of 2016 because of the implications it may have for Mercedes- AMG Petronas and some hard decisions they may have to make in regards to the rest of the season.

Lewis Hamilton started the race off by showing his no holds barred strategy for the first time this season, converting his pole position into a lead by the first corner leaving his contenders slack-jawed and coughing on his dust.

Teammate Nico Rosberg started from sixth because of a gearbox penalty during qualifying, but he was not going to let this hinder him as he edged his way up to third before he was called in to pit on Lap 11.This showed a change in Mercedes race strategy which normally pits the lead driver first, which in this case was Hamilton, but Mercedes loves the feeling of winning no matter who it is on their team and so they wanted to get Rosberg ahead of the two Ferraris who were hounding him like angry pit bulls.

Hamilton pitted on Lap 22, emerging behind Rosberg because of a slow stop that cost him a precious second. Sebastian Vettel was not out of the race yet as he led the race for Ferrari on Lap 27 when his right rear tire exploded coming down the start-finish straight, his disappointment was almost palpable. This meant that the Safety Car rolled out, yet when racing resumed Rosberg stayed ahead, probably cackling to himself in glee.

After the two Mercs came in for second stops everyone expected Hamilton to take the lead, but the ever-beleaguered Brit had messed up his in-lap and lost a cumulative 3.3 seconds during his actual stops compared to Rosberg’s pit-stop times. So the Brit remained second.

Hamilton went hell for leather and chased his teammate for the final 15 laps. At the beginning of the last lap Rosberg messed up Turn 1 and Hamilton closed in for the kill. Rosberg took the inside line into Turn 2 as Hamilton pulled up on the outside, then Rosberg appeared to lose his senses and drove straight on as if he simply wasn’t going to turn. Hamilton turned in, smashing into a surprised Rosberg and driving over the German’s front wing.

By the end of Turn 2, Hamilton had the lead and Rosberg had a broken car, which ultimately was his own fault, he was having such a promising day up to the point that he seemed to forget he was racing.

So Hamilton scored the victory while the German puttered home to finish fourth. The incident promoted a wonderfully surprised Max Verstappen to second and Kimi Räikkönen to third. That was Verstappen’s second podium victory this season for Red Bull which he must be over the moon about.

Conversely, Räikkönen’s third place for Ferrari was more him gobbling up the scraps. Daniel Ricciardo came fifth in the second Red Bull, Jenson Button delivered a very nice sixth for McLaren-Honda, Romain Grosjean got Haas back in the saddle and back into the point game with a steady seventh. While Carlos Sainz, Jr. secured eighth for Toro Rosso, and Valtteri Bottas ninth for Williams. Pascal Wehrlein finished tenth.

Track
This weekend the track that will be raced on will be the legendary Silverstone in Northamptonshire, Britain. It is a track full of tight corners and lovely straights and provides many overtaking opportunities. With a circuit length of  5.891 kilometres  and a race distance of 306.198 kilometres going over a total of 52 laps, this is sure to put the drivers through their paces. The track has a total of 18 turns throughout.

The lap begins with the brand spanking new portion of circuit which opened in 2011. the first two turns form a super-quick pair of corners which may be flat out in an F1 car but can still catch drivers out.

After this, the drivers will hit the first DRS activation zone before heading into
turn three, which is a sharp right-hander and also offers one of the best overtaking opportunities around the lap. turn 4, an even tighter right-hander, follows immediately afterwards.

Silverstone’s super-quick corners never fail to impress. The flat-out left-hander at the fifth corner brings the cars onto the first straight of the race which is also the site of the first DRS activation zone going from that  and a long run into sixth corner, where overtaking is possible for the supremely committed.

The long right-hander of the seventh corner demands patience, but it is well-rewarded as the rest of the lap is immensely fast. The second DRS detection zone is after the gentle 10th corner and before the slightly more sharp 11th. After a series of gentle curves, the drivers will hit a long straight after the 14th corner which will be the second DRS activation zone which ends right before the tricky 15th corner.

Then we hit a medium length straight before hitting a tight 90-degree angle 16th corner which follows on into a gently rounded 17th and 18th turns and then the last straight of the lap going to the line. The weather this weekend is expected to be cold, hovering at 22 degrees for Friday and Saturday with some sunshine with cloud cover. Race day on Sunday is expected to hit a chilly 21 degree high with no sun, clouds and rain, so drivers better be ready for a wet one.

Fastest Qualifier: Nico Rosberg
I think we will see Rosberg looking to get the best qualifying position he can and putting it all into the qualifiers. He knows that this is Hamilton’s home turf and he wants to get a psychological advantage over him as well as a pole position. After his bad mistake in Austria, he needs to get this to both prove to himself and others that he is still a contender.

To Win Outright: Lewis Hamilton
Going into the race Hamilton already has a psychological advantage because it is his home ground, as well as knowing he has Rosberg on the ropes after the last race. My prediction is he will win outright but we will have to see what kind of race strategy Mercedes deploys for their drivers as that played a big part in who came where in the last race. The Brit could also well set the fastest lap, so he’s definitely worth a punt when you consider the 25% Winning Bonus Promotion Hollywoodbets have on the go!

Value Bet
Podium Finish: Sebastian Vettel
With the fierce competition going on between the Mercedes drivers especially after the last race, Ferrari just cannot compete with that fierceness, in my opinion. This race will be a battle of the Mercedes team above all and all Sebastian Vettel and Ferrari can hope for is a good podium finish. Although anything can happen and I would definitely lay some money on Vettel for an outside bet.