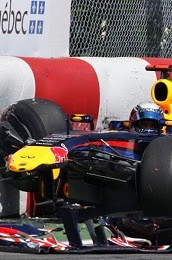 Things are heating up in F1, at least between the two Mercedes teammates who are embroiled in a rather feisty battle for the top of the Championship. Rosberg knocked Hamilton off the top spot with points he earned repeating his 2013 race in Monaco. Their tiff seemed to begin when it became clear that Rosberg wasn’t going to let his British counterpart run away with the title. With the rest of the field still unable to match the pace of the Mercedes, the most interesting fight seems to be between the top teammates. The Red Bulls also have their fair share of driver rivalry, as newbie Ricciardo seems to be continuously outperforming Vettel, which has to irk the current champion. Speaking of champions, Montreal is famous for its “Wall of Champions” which has taken out numerous title winners (three in one race) over the years. Canada provides one of the most exciting races of the year as the drivers attempt to kiss the wall without ruining their chances of a win. The weekend in Monaco began and ended with controversy. Fingers are being pointed at Rosberg, with many suggesting that he went off in qualifying to purposely slow Hamilton’s time and ensure he remained in Pole. Rosberg had a fantastic start on Sunday while Hamilton’s race was plagued with disappointment. There was regret for not making it into the pits before the Safety Car and the unfortunate vision impairment that caused him to back off in the closing laps, allowing Rosberg to take his second win. Vettel suffered a technical failure and was out of the race before it really began, allowing Ricciardo to regain the places he lost because of his poor start. Alonso came in behind the Aussie, followed by Hulkenberg who is continuously improving. Button and Massa came in to finish a mediocre but commendable sixth and seventh. In eighth, which is nothing short of a Formula One miracle, Bianchi finally ended Marussia’s drought of points by scoring their first points, well, ever. Grosjean and Magnussen grabbed the final two points positions while Kimi Raikkonen was outperformed by a Caterham to finish in twelfth place.

The Track
The circuit was posthumously named after the only Canadian driver to ever win the Canadian Grand Prix, Gilles Villeneuve. Villeneuve, who along with his son Jacques, is one of the few Canadians to actually drive a F1 car, died in his Ferrari during qualifying in Belgium back in ’82 and has been a Canadian hero ever since. The track is high-speed and lends itself to an aggressive driving style.  In order to win in Canada, a driver needs a fairly big set of balls. The Wall of Champion’s was awarded its moniker because of the numerous title winners that fell victim to the concrete barrier. The closer you get, the faster you go, but one mistake will end the race of any ill-fated driver who misjudges the distance between his tyres and the wall. The circuit is home to many chicanes but also boasts a lengthily straight where DRS is enabled, leading up to the dreaded Wall. The weather in Montreal is by nature rather volatile, but this weekend appears to be dry. The Safety Car is a frequent visitor to the track so that will be a factor in the race. Pirelli bring along their softest compounds so expect a quick and exciting contest. VALUE BETS
Fernando Alonso (33/1 a win, 18/10 a podium)
Alonso won in Canada in 2006 before he made the move to Ferrari from Renault. The Spanish driver isn’t doing well this season, but he isn’t doing terribly either. Ferrari slowly seem to be improving, so hopefully by the second half of the season the team will have the  chance to catch the frontrunners. Alonso actually finished second here in 2013 and his fifth place finish in Monaco makes him a good candidate for a podium finish at 18/10, or at least a spot in the Top 6.

Daniel Ricciardo (20/1 a win, 9/10 a podium)
Vettel won last year’s Grand Prix but doesn’t seem to be much of a threat to Mercedes. Ricciardo is the Red Bull to keep an eye on these days, with impressive drives from the start of the season. This time last year it would be laughable to think that Ricciardo would be outperforming the dominant Vettel but in 2014 that’s exactly what’s happening. Ricciardo didn’t even finish in the points in the previous race in Canada but he should challenge the Mercedes this weekend. 9/10 for a podium looks a great bet. Mr Second Place managed to shake his growing reputation of Hamilton’s number two by beating his teammate in Monaco and climbing back above him in the Championship fight.  Rosberg’s steady stream of high points finishes kept him slightly above Hamilton until the Brit’s string of checkered flags put the previous champion back at the top. Rosberg is proving that he is a serious contender to emulate his father’s victory. (Keke Rosberg won the Driver’s Championship in 1982, coincidentally the same year as the death of Villeneuve.) Keke won the championship with only one win, so there is hope for Nico yet. He is a podium regular and I would expect much of the same in Montreal. The price is short so bank it in a multiple.

POLE POSITION/WIN: Lewis Hamilton (4/10 for Pole, 5/10 a win)
Hamilton had his first win here in 2007 with the McLaren team and has gone on to feature at the top of the podium twice since then. Rosberg may have beat Hamilton on his home turf, but Hamilton is the master of Montreal, of the current drivers at least. Not many will rival Schumacher’s massive seven wins at the Canadian track but Hamilton looks likely to make it four, if his performance this season and past races in Canada are anything to go by.