Lewis Hamilton may have sewn up the Drivers’ Championship last weekend, but there is still plenty to play for further down the field as the drivers make a short trip south to Mexico City for the second stop on their three-legged tour of the Americas.

Previous Race
With Hurricane Patricia tearing through Texas, the field was forced to endure a weekend of wet-weather racing. The storm put an end to free practice three and the drivers were forced to devise their own means of entertainment while race stewards decided what to do. Daniel Kvyat and Daniel Ricciardo decided to pass the time by engaging in some dancing in the rain. While the two Red Bull drivers strutted their stuff in the pitlane, their counterparts over at Toro Rosso decided to pass the time by playing ten pin bowling with empty Red Bull cans. The stewards eventually put an end to the fun and games, declaring that free practice three would be cancelled and qualifying would be postponed until Sunday afternoon.

While the conditions for qualifying were far from ideal, the field was able to complete the sessions. For the third race in a row, Nico Rosberg managed to claim the pole honors. He was joined on the front row of the grid by Lewis Hamilton. The fleet-footed duo of Daniel Ricciardo and Danil Kvyat claimed positions three and four.

The rain had softened by the time the main race started. For the second time in three races, Nico Rosberg was overtaken by his teammate off the line. While Hamilton managed to steal into the lead, he wasn’t able to totally pull away from the chasing pack. Danil Kvyat had moved up into second place, having taken advantage of Hamilton and Rosberg’s dice off the start line.

The early part of the race saw an epic battle for the first four positions. Nico Rosberg had managed to move back into second spot, but it was to be short lived as Kvyat soon took the place back. There were to be more positional switches as Daniel Ricciardo overtook both Rosberg and Kvyat to move up into second. The Aussie then overtook the reigning World Champion on the fifteenth lap, to move into first place. Hamilton then decided to come into the pits in hope of undercutting Ricciardo.

While Hamilton’s strategy didn’t really go according to script, it did allow him to get some fresh tyres on his Silver Arrow. This would reap rewards, as Daniel Ricciardo, who was now in second place, was unable to fend off the Brit as his tyres were just too worn.

Nico Rosberg now led the race but his teammate was closing the gap between them with each passing lap. Rosberg was keeping Hamilton at bay but then lost his lead when he headed into the pits. Their battle would continue, however, as Rosberg moved back into first place on lap 44. This didn’t last long, though, as Hamilton then overtook his Mercedes cohort on lap 48. The Brit would maintain the position from there on in and go on to win his second successive Drivers’ Champions. He was followed across the line by his teammate.

Sebastian Vettel managed to claim third, despite starting the race from thirteenth on the grid. Max Verstappen brought his car across the line in fourth, while Sergio Perez finished in fifth place. Jenson Button showed just what he is capable of when the playing conditions are slightly levelled, the Brit brought his car across the line in sixth place. Carlos Sainz claimed seventh position. He was followed across the line by Pastor Maldonado. A race that was looking so promising for Red Bull ended in disappointment, as Daniil Kvyat was forced to retire and Daniel Ricciardo had to settle for tenth. Felipe Nasr ended the race sandwiched between Maldonado and Ricciardo in ninth place.

The Track
After years of delays, the Mexican Grand Prix makes a long overdue return to the Formula One calendar this weekend. The last time the facility hosted a Grand Prix was way back in 1992. It was set to take over from Valencia in 2013, but political red tape and Bernie Ecclestone’s search for greater profits meant its return was delayed.

The 4.304-kilometre long track is situated in a public park, named the Magdalena Sports City, in the South East of the Mexican capital. The circuit contains seventeen turns, with the most notorious of these being the high-speed corner which goes by the name of the Peraltada. The corner leads onto the start finish line, and while it is a real challenge it’s also a corner drivers love.

The start finish straight is 1.2 kilometers long and because of the high-speed exit from the Peraltada corner, drivers get a slingshot into it. The Track has been revamped over the past twelve months, with German architect, Herman Tilke leading the redevelopment program. The adjustments have seen the track shortened by 560 feet while some of the more treacherous corners have been cut out.

Pirelli have retained the compounds used in Texas for this weekend’s race; the tyre manufacturer’s reasoning behind this was due to the circuit’s fast nature.

We could be in for similar weather conditions to the ones that greeted the drivers in Texas with the local weather bureau predicting rain for the majority of the weekend. 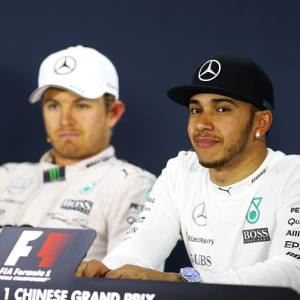 Value Bets
Lewis Hamilton (Winner 4/10)
Having claimed the Driver’s Championship in Texas, many would expect Lewis Hamilton to take his foot off the proverbial peddle, this is unlikely to be the case, however. Lewis will be just as hungry to win this race as he was to win any of the preceding Grand Prix events. The Brit has a fire in his belly that simply cannot be extinguished, this is what makes him such a fantastic driver.

My money is on Hamilton adding another race victory to his ever growing collection in Mexico.

Nico Rosberg  (Fastest Qualifier 18/10)
With Rosberg claiming pole in the previous three races, I can no longer overlook him in favour of his teammate. While Nico is struggling to compete with his Mercedes cohort in the main races, he has been able to outdo him in qualifying. He claimed his fourth pole of the season in Texas despite the torrential downpour that plagued the qualifying session.

With Sebastian Vettel only four points ahead of him on the Drivers Championship standings, Nico will be desperate to claim pole and the subsequent advantage it would give him over Vettel.

Sebastian Vettel (Podium Finish) *Price to be added upon release
As I alluded to in the paragraph above, there is a massive battle going on between Seb and Rosberg for second spot in the Driver’s Championship. The Ferrari man currently holds second position but knows a single slip up will hand the position back to Rosberg.

Sebastian will be going all out to ensure he ends the race on the podium and ahead of Rosberg so as to retain his place of the drivers table. 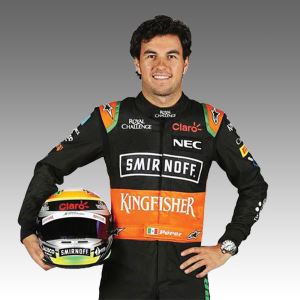 Best Bet
Sergio Perez (Podium Finish )*Price to be added upon release
My reasoning behind backing Perez for a podium finish is that he will enjoy home ground advantage on Sunday. The Guadalajara native grew up racing this circuit and with the rest of the field having little knowledge of the track, the Force India will have a distinct advantage this weekend.

Perez may only have one podium finish to his name this season but with his inside knowledge of the track I’m backing him to have doubled that tally come the conclusion of the Mexican Grand Prix.