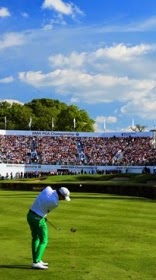 The European Tour arrives in England this week for one of the Tour’s flagship events, the BMW PGA Championship. Traditionally this tournament has attracted a top quality field and this year is no different, the likes of Rory McIlroy, Lee Westwood, Henrik Stenson and a number of other big names heading to Surrey to participate. The course has undergone a number of changes over the past few years and Ernie Els was responsible for most, so he’s always going to be a contender here and a player to watch closely. Measuring in at just over 7,300 yards, the course is not long but tough as tight, tree-lined fairways give way to thick rough, whilst the difficult greens require putting of the highest calibre. The course plays even more difficult when the wind is up, which it is predicted to be on Thursday and Friday, so don’t be surprised if a few big name players struggle and miss the cut. All in all it’s going to be a hotly contested affair and hopefully the start of a good run of tournaments for golf fans. So who will come out on top? Let’s have a look. VALUE BETS
Danny Willet (70/1 a win, 15/1 a place)
Willet will arrive at Wentworth with fond memories of a hard fought fifth here in 2010 and although he hasn’t managed to repeat that performance since, his game is in great shape at the moment and 70/1 looks a good price. He’s had a great year thus far, having posted a T5 in Malaysia a few weeks ago and that form is back by two other Top 25s, in his last three outings. His injury troubles seem to be a thing of the past and I reckon it’s onwards and upwards for this talented Englishman. Each way here is the bet for me.

Paul Lawrie (80/1 a win, 17/1 a place)
Paul Lawrie hasn’t done much this season as he’s been suffering through a neck injury for the majority of it but last week he came out guns blazing in Spain and posted a T15 in his first start in a while. He’ll arrive at Wentworth knowing he can navigate the testing course with the best of them and his form here in previous years proves that. A T6 in 2010 was followed by a close T2 in 2012 and at 80/1 you can’t get hurt having a little strike on Lawrie. Again, each way looks the smart play and remember, for those of you who want to mitigate the risk a bit Hollywood also offer Top 10 Finish markets on all golf tournaments. 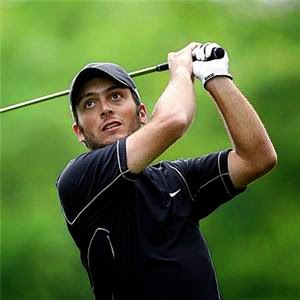 Luiten is another player having a great run of form at the moment and whilst the competition here is certainly stiff, 40/1 on the Dutchman is too good to ignore. He was impressive in Spain last week where a solid four days of golf saw him finish with a T5. That was the culmination of a lot of hard work that has resulted in him finishing inside the Top 25 in five of his last seven starts. 88/10 a place looks great so I’m sticking with a Top 5 finish for Luiten.

TOP BET: Francesco Molinari (22/1 a win, 48/10 a place)
There’s a lot of excitement surrounding Molinari at the moment and that comes as no surprise given that his golf game seems to be reaching its peak. By his own admission, he is feeling more confident than he has in a while and is obviously hoping that this form will earn him a win or two. What better place to do it than on this course, which he has fared well on in the past. A superb effort at the Players Championship saw him finish sixth so he definitely has it in him to compete against this field. Each way on Molinari is my top bet this week.