This week South Africa hosts another event on the European Tour and after last week, where Englishman Andy Sullivan walked away with the win, the local players will be licking their wounds and looking to dominate on home soil. Traditionally that has not been a problem as the last five instalments of this competition have been won by South Africans but with Thomas Aiken, Charl Schwartzel and Louis Oosthuizen – who between them have won four of the last five tournaments – sitting this one out, the time may have come for an international winner.

The course measures a paltry 6,600 yards in length and so distance off the tee won’t be an issue. Over the years accuracy, rather than distance, has been key and this year should be no different. With the undulating fairways and elevated greens surrounded by bunkers, players will do well to keep it on the fairways and out of the sand and the ability to do so will be rewarded. Another factor is the ability to play in windy conditions as a steady breeze is predicted for all four days. VALUE BETS
Darren Fichardt (20/1 a win, 44/10 a place)
This week Darren Fichardt finds himself in the Top 5 in the betting and this shouldn’t come as a surprise to anyone who has been following him of late. A previous winner of the tournament, Fichardt has come into his own over the past few weeks and put in some solid performances on the Sunshine Tour and in the Joburg Open last week. Granted, he only managed a seventeenth-place finish last week but he loves this course and will almost certainly improve on that finish this time around. If he can putt as well as he’s done of late there’s no reason his accurate iron play won’t result in birdies. Each way is my bet here.

Simon Dyson (66/1 a win, 14/1 a place)
In fields like this players like Simon Dyson, who have proven that they have what it takes to win events on the European Tour, cannot be ignored. He’s well known as an accurate driver of the ball and his finish last week didn’t reflect how well he played. He hit more greens in regulation than most in Joburg and had it not been for a poor final round he could easily have finished inside the Top 10 there. He also has a lot of experience playing in windy conditions which should stand him in good stead here. Each way looks like a good option to me.

Richard Sterne (25/1 a win, 11/2 a place)
Richard Sterne played some of the worst golf shots you’ll see in the professional game last week but in between those he showed flashes of brilliance and I’m hoping he arrives in East London ready to fire. At his best he is one of the finest golfers South Africa has produced in recent years and if he can cut out the careless shots he’ll be in contention come Sunday. The course layout will suit his game to a tee and if all goes to plan he’ll make a lot of birdies. 25/1 is a huge price, get on while you can. 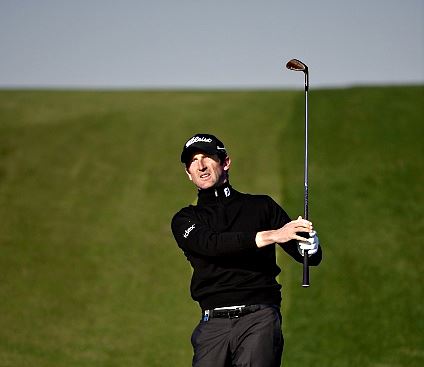 TOP BET
Gregory Bourdy (28/1 a win, 62/10 a place)
Gregory Bourdy disappointed last week when he missed the cut in Joburg but before that he was playing some great golf and he has to be backed in East London this time around. Two Top 5 finishes in the space of six weeks show he has what it takes to compete and this field is considerably weaker than those he’s faced recently. He also proved that the course suits his game two years ago when he finished T2. 28/1 is a great price on the Frenchman, back him each way.