This week the Pebble Beach National Pro-Am tees off and over the years this has become one of the most watched events on the PGA Tour. The main reason for this is the star-studded field which takes to the course over the first 54 holes. And once again golf fans are in for a treat as they can expect to see the likes of Bill Murray strolling down the fairway.

The format is unique in that three courses are played across the four days. Over the first three days, players will be spread across Pebble Beach, Spyglass Hill and the Shore Course, all of which test different aspects of a players game. On Sunday, the Top 60 will head to Pebble Beach for the final round. There are some abilities which will stand a player in good stead though and chief amongst these is the ability to fare well on links style courses when the wind gets up. All of the courses are exposed and are difficult to navigate in the afternoons, so look closely at those who have fared well on similar tracks. Apart from that, there isn’t really one key feature to look out for but I will be keeping a close eye on those who have done well here in the past.

This is a bit of a circus and maintaining a high level of concentration will prove difficult for a lot of these guys. Those who have successfully done it in the past, definitely can’t be ignored. So who will walk away the winner this week? Let’s have a look. 
VALUE BETS
Jimmy Walker (16/1 a win & 7/2 a place)
Jimmy Walker consistently keeps us in our bets all the way up until Sunday but unfortunately he often seems to just fall short of that big payout. Two weeks ago he almost overcame that, though, on his way to a fourth-place finish in a tough contest at the Farmers Open and he will arrive fresh this week after sitting the Waste Management Phoenix Open out. Walker didn’t struggle in the wind in the Farmers so be able to should overcome it this week. Each way is the bet for me.

Brandt Snedeker (12/1 a win & 26/10 a place)
Last week in Phoenix Snedeker let a lot of punters down but he was so good the previous week in the Farmers that I have to tip him this time around. He’s been around for long enough to know how to handle the excitement of this week and he must be doing something right if he has managed to win the event twice. If he hits the ball as well as we know he can this could well be his third win here.

Dustin Johnson  (10/1 a win & 22/10 a place)
It’s tough to look past Dustin Johnson this week as he will relish the opportunity to play Pebble Beach again. Traditionally he has done well here and it is rare that he finds himself outside the Top 10. Having won at Pebble Beach twice in the past, I have the feeling that he could walk away with his third victory this week. DJ is exciting to watch every time he tees off these days, let’s hope he rewards our confidence in him. 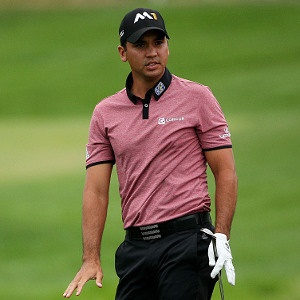 Jason Day (8/1 a win & 18/10 a place)
There are a handful of players competing this week who could be described as Pebble Beach specialists but of those, Jason Day looks to be the best bet this week. The Australian has what it takes to go low on all three of these courses and he will be no stranger to the crowds and atmosphere he will face here. He seems to thrive in these bigger marquee events and that is evident from his performance in the Majors. He’s been laying low this year but could have been saving himself for a tournament he knows he can excel in. Let’s hope he finishes ahead of Spieth and McIlroy to keep things competitive.