This week, the focus will be on the WGC HSBC Championship in China but back in the States there’s a lot to look forward to as the Sanderson Farms Championship tees off down South in Jackson, Mississippi. Renowned for its humidity, Jackson is a difficult place to play golf and the field are in for an exhausting few days. Thank goodness the course is not one of the more challenging then, and things should be hotly contested as scores can get low here.

The fairways are wide enough to be forgiving and whilst there are a number of hazards to be found around the course, traditionally players have managed to avoid them for the most part. The difficulty comes in approach play though as the tiered greens place a premium on accuracy with the short irons. Get it near the pin and you’re looking good but mishit shots onto the wrong part of the green are definitely a no-no.

Whilst most of the top golfers in the world have headed to China a number have chosen to stick around for this one and considering that this is a full blown PGA Event that comes as little surprise. The valuable FedEx Cup points on offer will be on everyone’s mind as will the decent prize fund so don’t expect anyone here to give less than 100 percent. Let’s see if we can find a winner and make ourselves some money this week. 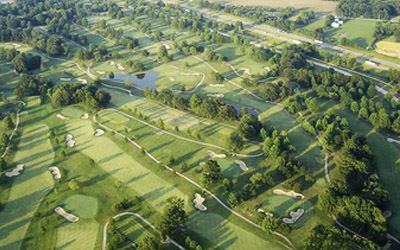 Value Bets
Jason Bohn (9/1 a win, 2/1 a place)
The bookies have seen fit to price Bohn up as the favourite this week and that comes as little surprise as he looks to be the one to beat. He’s played here on numerous occasions and is no stranger to the tough conditions found down South. Last year he showed he has what it takes to make birdies on this course on his way to a 2nd place finish. With two Top Five’s under his belt in the past few weeks, against stiffer competition than he’ll face here, it looks like Bohn may just have the best of this field.

William McGirt (20/1 a win, 44/10 a place)
Like Bohn, McGirt is another player who will feel comfortable on this course as he came out firing here last year on his way to a 9th place finish. In that instalment of the competition, it was his accuracy and consistency which saw him through and although he’s been quiet this season I’m hoping his ability to find fairways will stand him in good stead this week. Against this field McGirt should shine, I’ll be backing him each way.

Brendan Todd (33/1 a win, 73/10 a place)
Like McGirt, Todd will be relying on his accuracy to see him through this week while his ability to find the fairway will be also be a vital asset here. Once he’s managed that I have little doubt that he’ll be able to make a lot of birdies. He looks to be the best in this field when it comes to the short irons and should be able to avoid getting into too much trouble on the greens. His putting could be the one aspect of his game that lets him down but I’m hoping that he gets his approaches close enough to avoid that being an issue. Each way on Todd is the bet for me. 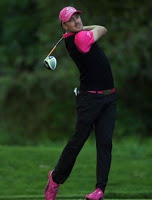 TOP BET:
Jonas Blixt (50/1 a win, 11/1 a place)
When Blixt finished 2nd in the Masters last year the world took notice, but since then he’s been quiet enough to have slipped under everyone’s radar. Be that as it may, his game suits this course to a tee and his ability with his short irons, wedges and putter should see him through on a course that will reward good play with all of those. Blix is a two-time winner on the Tour and will certainly win a few more over the next few years, I’m hoping that this week he realises his potential and finishes inside the Top Five.