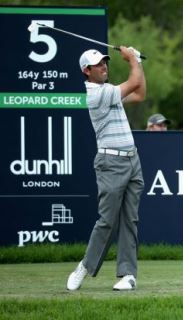 After the excitement of last week’s Nedbank Golf Championship, where we were unable to find a winner but managed to back Ross Fisher to place, the European Tour heads to the stunning Leopard Creek Country Club. Designed by Gary Player, this has a reputation as one of the finest courses in the country and those privileged enough to have played there come home with stories of sightings of game that you would normally only expect to see in places like the nearby Kruger Park. The course itself provides golfers with a real challenge. Littered with bunkers, it is your typical links course and demands accuracy in all aspects of one’s game. Wayward tee shots won’t be found and any deviation from the fairway will be punished severely. Water also comes into play more often than not and the streams and lakes seem to attract golf balls in the same manner in which they attract the abundance of wildlife to be sighted on the course. All in all, this is going to provide golf fans with a real spectacle and a few sightings of crocodiles and hippo thrown into the mix. So who will win this one? Let’s have a look. VALUE BETS
Richard Sterne (25/1 a win, 11/2 a place)
In tournaments like this, with weaker fields than you’d normally find and on a challenging course that requires solid management, it’s always tempting to back a previous winner. Richard Sterne is one such golfer and at 25/1 looks like a great each way bet. Having won in 2008, he came out firing again in 2009 and nearly defended his title, ultimately finishing second. He hasn’t had the best year of his career but will be looking forward to 2015 and hoping he can get the season off to a good start. On his day he can strike the ball as well as anyone and if he plays a confident game this week he’ll go far. 25/1 looks about right, get on.

Charl Schwartzel (6/1 a win, 13/10 a place)
It always feels like a bit of a cop out backing the favourite in a golf tournament but this week it looks like it’s going to take something special to keep Charl Schwartzel out of the Top 5. He didn’t impress last week in the Nedbank but has the mental game to move past that and will be looking forward to dominating on a course that he knows well and which suits his game. He’s won here three times, the most recent victories coming in 2012 and 2013, and will arrive here eager to make it three in a row. 6/1 isn’t a great price but it’s still worth a strike.

Andy Sullivan  (22/1 a win, 48/10 a place)
Andy Sullivan will arrive at Leopard Creek this week confident that he has the game to perform on this challenging links layout. He finished third here in 2012 and inside the Top 25 last year and with his current form it’s starting to look like he may even go one better this this time around and walk away victorious. A Top 5 in the Turkish Airlines Open proves his game is in a good place at the moment so keep an eye on Sullivan this week. 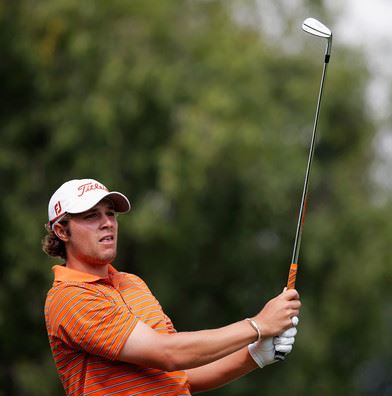 TOP BET: Peter Uihlein (18/1 a win, 39/10 a place)
For the past few years Peter Uihlein has opted to play on the European Tour in order to become a more well-rounded golfer and he has performed more than adequately. Although he is at times inconsistent, he has come into his own again towards the end of the year and in his last eight starts he’s found himself in the Top 25 on four occasions. The best of these was on the PGA Tour where he finished inside the Top 5 at the Sanderson Farms Championship. He hasn’t done well on this course in the past but now that he’s experienced I’m hoping he comes out firing. Each way on Uihlein is the bet for me.