The second leg of the Australian Triple Crown tees off at the Australia Golf Club this week and after last week’s event, which was won by veteran Peter Senior, it’s clear that anything can happen here. Despite being priced up as the firm favourite, a shocking third round saw Adam Scott drop out of contention but when he did play well he looked to be in top form so don’t discount him this week. There’s another big name heading to Australia for this one though and everyone will be looking forward to seeing how Jordan Spieth fares on this layout.

The course, which was redesigned by Jack Nicklaus in 2013, is the oldest in Australia. Over the years it has been redesigned a number of times and the result is a true test of golf which always proves entertaining to watch. The fairways undulate through thick trees and rough and there are a number of water hazards that come into play on each hole. This is not the longest course, so keeping it on the fairway and out of trouble takes precedence over hitting it long. A key factor here will be putting as every year a lot of greens in regulation are hit, meaning tournaments are won and lost on the short stuff. Overall this looks like it will be one to keep a close eye on and I’m looking forward to seeing how Spieth fares against Scott. So will one of those two win it or is it time for one of the lesser-known players to step up? Let’s have a look. 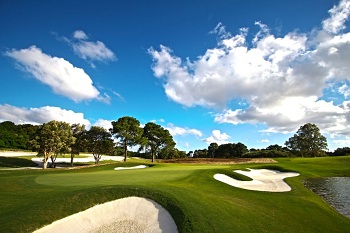 VALUE BETS
Brett Rumford (33/1 a win & 73/1 a place)
Brett Rumford didn’t disappoint last week, finishing inside the Top 5 and earning us a decent enough payout, and this week I’ll be backing Rummy to continue that form. He always plays well in Australia and enjoys playing this course, last year he finished third here after playing some remarkably consistent golf. If Rumford wins this one it may be a career defining victory but at this price I’ll be cautious and back him each way, a Top 5 seems more realistic than an outright win.

Darren Clarke (200/1 a win & 44/1 a place)
Darren Clarke is one of the more recognisable faces on the Tour and this week he’ll be heading to Australia hoping that he can find some form and get back on top after what has been a disappointing season. A look at this layout suggests that it will suit Clarke’s game and although he’s lost some of his distance off the tee over the years, he still putts as well as he always has and is hitting more greens in regulation than ever before. Clarke should be confident that he has what it takes to finish near the top against this field so I’ll be backing him each way this week.

Marc Leishman  (16/1 a win & 7/2 a place)
Marc Leishman always fares well in the Triple Crown and cannot be overlooked this week. The former Australian Rookie of the Year currently sits 44th in the World Golf Rankings and although it seems as though the likes of Spieth and Scott have his number, keep in mind how these events have a tendency to throw a few surprises our way. Leishman played some good golf in the President’s Cup and showed how accurate he can be with his irons and putting and that will stand him in good stead here. I’ll be backing Leishman each way. 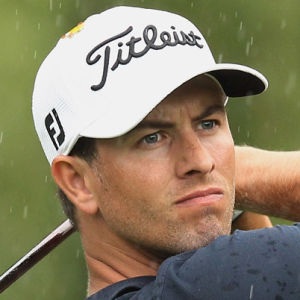 TOP BET:Adam Scott (13/2 a win, 14/10 a place)
Adam Scott looked to be in the driver’s seat after two rounds last week but before we knew it the wheels had come off completely and an appalling driving display saw him finish six over, ending any chance he had of winning what looked to be his event. Be that as it may, he is available at a huge price this week and I can’t ignore the 13/2. He has the game to win on this layout and will have more experience here than Spieth, I’ll be surprised if he doesn’t end up edging him out. I won’t bother with the  place bet and will rather be backing Scott to win, I suggest you do the same.