This week the PGA Tour heads to Malaysia for the co-sanctioned CIMB Classic and although the field is not as strong as we’re used to seeing on the Tour, there are still a host of big names who have chosen to make the trip. These include the likes of Henrik Stenson and Sergio Garcia, and unsurprisingly, it’s these big name players who lead the betting. The man that everyone will be keeping a close eye on though is Ryan Moore, as he is gearing up to win here for the third time in a row, and although he hasn’t quite been himself lately, he should arrive here confident.

The course measures under 7,000 yards but is still a par 72 and although this seems surprising, this week will test even the most seasoned Tour campaigner. The humidity will be stifling, but the weather is only the first of many challenges the field will face this week. The fairways are unbelievably tight and unforgiving – there is no room for error as wayward drives will be difficult to recover from. On a more positive note, the weather conditions prevent the greens from being too quick and putting here should pose no problem. It’s on the greens that shots will be dropped so look out for players who rank highly in putting stats.

Overall this looks like it’ll be an interesting event. Let’s see if we can find a winner. 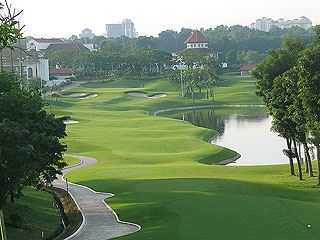 
To Win Outright
Patrick Reed (22/1 a win, 41/10 a place)
I doubt that there will be many golf fans out there who were upset that Reed lost his touch a bit this season, but he seems to have found it again and should be back to his bragging in no time. Last week he seemed to be in especially good shape as he hit some great shots in Hong Kong, and up against this field he’ll definitely be worth keeping a close eye on. Reed can putt as well as anyone on his day and has played here before, so the humidity won’t come as a surprise. I’m backing him each way.

Branden Grace (18/1 a win, 34/10 a place)
Branden Grace is having a fantastic season and looks to be worth a bet in Kuala Lumpur this week. He has always hit the ball straight and rarely misses the fairway, and this season he’s finally managed to convert that into some great finishes. Top five’s in the US Open and PGA Championship would have been the highlights of the year for him, but he was also incredible in the Presidents Cup. Grace is playing superb golf at the moment and it would be foolish to ignore him this week.

Kevin Na (16/1 a win, 3/1 a place)
Kevin Na is the bookies second favourite this week and for good reason, he has the course and current form to suggest that he can go all the way in Kuala Lumpur. He has the consistency to go low on a technical course like this and his course management is great, which means that he’ll be taking calculated risks and making birdies where others might not. He looked to be in great shape when he finished second in the Frys.com Open and proved that was no flash in the pan last week with another second place finish in the Shriners. Of the favourites, Na looks to have the best chance here. I’ll be backing him to win. 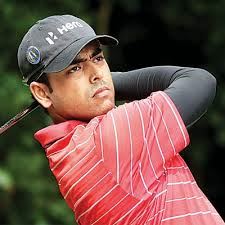 TOP BET:
Anirban Lahiri (28/1 a win, 53/10 a place)
This will be the second time that Lahiri has teed off in Kuala Lumpur this year and he’ll arrive here knowing exactly what to expect after winning the Malaysian Open at the beginning of the year. Lahiri has never hit the ball long but he is accurate, and this week, that will go a long way in ensuring he avoids dropping shots on this difficult layout. He looked to be in good form last week in Hong Kong, and on the back of that, he will be confident that he can play as well here this week as he did at the beginning of the year.