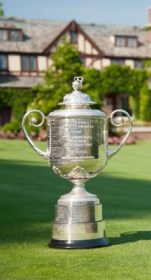 This week sees the year’s final Major tee off at Oak Hill Country Club in Rochester, New York and after three thrilling Majors, golf fans are expecting much the same in “Glory’s Last Shot”. The club has hosted five Majors in the past and in those only five players broke par, a stat that bears testament to how tough the course plays. Although historically it has been a happy hunting ground for seasoned veterans of the game like Lee Trevino and Jack Nicklaus, 2003 saw a massive upset when Shaun Micheel, a player who hadn’t won prior to that tournament, managed to win by two shots. Anyone can win it, but this time I reckon it will be one of the established players going home with the victory. The course is playing 7,163 yards this year and if reports are to be believed the rough is as daunting as ever. This isn’t the end of it though, as the greens are lightning fast and the fairways are tight. Whoever wins will need the mental game to endure a lot of frustration because no-one is going to find this easy. So who has it in them to win here? Let’s have a look. 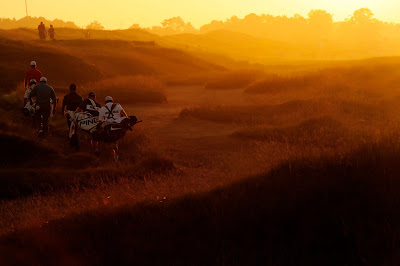 VALUE BETS
Jason Dufner (40/1 a win, 8/1 a place)
If there’s one man who won’t let the frustration get to him this week it has to be Jason Dufner, arguably the most relaxed player out there. At Merion we saw how he took care of business under immense pressure in the final round when he shot an impressive 67 on a tough course and there is no reason he won’t do much of the same here this week. His putting is top notch and should go a long way in ensuring he is right up there come Sunday. A great record in the PGA Championship shows he has what it takes to compete in the final Major. Each way here is the way to go.

Webb Simpson (66/1 a win, 13/1 a place)
You can’t ignore Webb Simpson around this time of year because he always seems to play his best golf in the second half, a sentiment backed by the fact that two of his three victories on Tour have come at this time. He’s been winless so far this season; I can’t see him winning but the reason I’m tipping him is because at 13/1 a place and with Hollywood paying 6 places, he simply can’t be ignored. A 64 and 66 at Firestone impressed but he was let down by a shocking 75. If he can make sure he avoids blowing up again he’ll do well here.

Brandt Snedeker (28/1 a win, 11/2 a place)
It’s only a matter of time before Snedeker wins a Major and he’s threatened to pull it off on the odd occasion, but I reckon this could be the one in which he actually succeeds. He putts incredibly well and on this course, that is going to be a huge asset, especially when you consider that his iron play is some of the best in the world. He should be hitting his approaches close. He even drives well and is considered one of the best in the game off the tee. There’s no reason to not back Snedeker here this week, 28/1 is a steal. TOP BET: Hunter Mahan (35/1 a win, 7/1 a place)
Hunter hasn’t won yet this season but that doesn’t mean he hasn’t been playing well. He has had some impressive finishes thus far, including a 2nd at the WGC Accenture Matchplay, a T4 at the US Open and a T9 at the Open. If this proves one thing it’s that he really knows how to up his game come Major time. He hits the ball well and was looking in command at the Canadian Open before pulling out to watch his wife give birth, so if there is such thing as karma, it owes him something for that. 35/1 is a great price, get on before the first round.