The Turkish Airlines Open tees off this week in Antalya and although there will be less than 80 players competing, this looks like it will be a great event for the punters. With Rory McIlroy priced up at 9/2 there’s a lot of value floating around, and so rather than focusing on him, I’ll be looking to find players who can edge him out.

This will be the third year in a row that this course hosts the event and on both occasions maiden European Tour winners took home the title. Whether or not history repeats itself remains to be seen but this is definitely something to consider when looking for those bigger prices. The course measures 7,133 yards, so it’s not the longest around, but big hitters will be in a good position as there are five par 5’s to be played. Making birdies on those will be vital and hitting it long is the best way to give yourself a chance of doing that. Another stat to keep a close eye on is GIR%. In the past, players who rank highly there have fared well. Accuracy off the tee is also important as water comes into play on nearly half of the holes and the trees which line the fairways are difficult to get out of.

Apart from that things are pretty straightforward and scores here are generally quite low. Let’s see if we can find a winner. 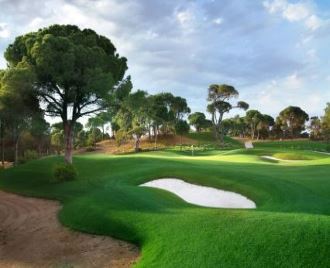 VALUE BETS
Bernd Wiesberger (18/1 a win, 34/10 a place)
Bernd Wiesberger looks to be a great bet this week as he arrives in Turkey in good form, having finished T4 and T16 in his last two tournaments. His style of play will suit the course perfectly as he’ll be able to take advantage of the par 5’s with his big drives – hopefully making a couple of birdies along the way. Wiesberger has been close once or twice this season but hasn’t quite managed to get it right, but I have a feeling that could all change this week, and that he’ll improve on his T7 finish here in 2013. I’m backing Wiesberger each way.

Peter Uihlein (50/1 a win, 95/10 a place)
Peter Uihlein has been looking out of sorts over the past few months but last week he came out and played some really impressive golf on his way to a solid T13 finish. He looked to be striking the ball well then and I’m hoping that form carries through to Turkey this week. He’s not the longest hitter in the field but he’s always been able to manage courses well and his strategic play will go a long way here. He’s also brilliant with his short irons and that should be enough to see him go close this week.

Lucas Bjerregaard (48/1 a win, 91/10 a place)
Last week Lucas Bjerregard played the tournament of his career and although he was eventually beaten by Justin Rose, he definitely shouldn’t be available at this price this week. His game looked to be almost perfect last week and importantly, he ranked T2 in GIR% – a key stat on this course. That was no flash in the pan though as he’s been hitting the green consistently all season. At this price, Lucas is definitely worth an each way bet. 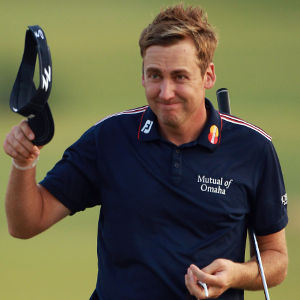 TOP BET:
Ian Poulter (28/1 a win, 53/10 a place)
If you subscribe to the “horses for courses” theory then you need not look any further than Ian Poulter this week. The Brit finished fifth here in 2013 and second last year. He hasn’t quite been himself lately, but he showed flashes of brilliance in Hong Kong last week and in the past he’s thrived at this time of year. If he can avoid blowing up halfway through, he could go all the way and at this price he can’t be ignored. I reckon Poulter could beat Rory this week and I will be backing him each way.