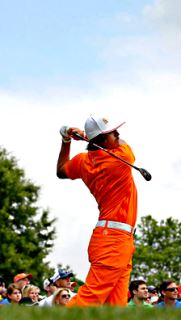 This week the PGA Tour heads to Quail Hollow for the Wells Fargo Championship and after the excitement of last week, things seem to be simmering down, as a number of the Top 10 golfers in the world have chosen to sit this one out. This is a shame as it opens the door for Rory McIlroy to earn some coveted points on one of the more impressive layouts on the Tour but don’t be disheartened, this still promises to be a hotly contested affair. This is one of the longer layouts on the Tour and one immediately feels that focus should be on players who hit it long, although in the past this hasn’t been imperative, so don’t completely ignore the shorter players. Accurate iron play is arguably as, if not more, important and you can get around the course and shoot low scores if you can find the fairway and hit greens in regulation. The rough is dangerous and the greens are quick so getting close is important but if players can ensure they avoid trouble they should be in contention come Sunday. So who has what it takes to make birdies and avoid the hazards? JB Holmes (30/1 a win, 66/10 a place)
Typically, players who have fared well throughout the season go on to do great things at Quail Hollow and with that in mind JB Holmes looks to be a great bet this week. He arrives here as the defending champion and when you look at his form this season, which includes a win in Houston and two seconds prior to that, Holmes looks good value at 30/1. Sure, he has to beat Rory but at three times the price that’s a risk that I’m willing to take. This price looks generous, back Holmes to win each way.

Bill Haas (28/1 a win, 62/10 a place)
Bill Haas is having an outstanding season and with one win under his belt and five Top 20s in his last nine starts, he’ll be confident that he has what it takes to go low at Quail Hollow. He fired in the Players and could have finished near the top had his putting not let him down but that was rare for him this season and I’m hoping he’s put that behind him. Haas has a real chance of finishing inside the Top 5 this week so I’ll be backing him each way.

Jim Furyk (16/1 a win, 7/2 a place)
Few people enjoy this course more than Jim Furyk and at odds of 14/1 he looks a great bet. He arrives at Quail Hollow with two second-places and a win at this course to his name and the most recent of those finishes came last year, when he was narrowly edged out by JB Holmes. If you subscribe to the horses for courses theory, you can’t ignore Furyk this week. 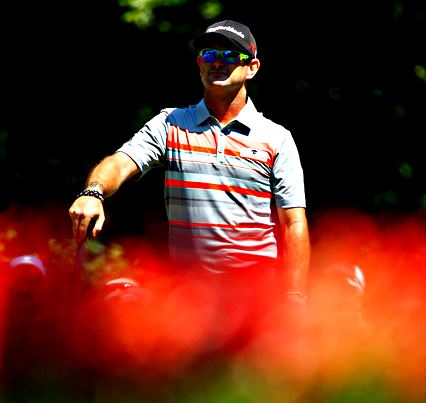 TOP BET
Rory Sabbatini (90/1 a win, 20/1 a place)
Last week Rory Sabbatini ended a run of four missed cuts with a T6 at the Players and no-one could believe how well he putted to get himself in contention. Over the four days his game looked to be in perfect shape and if he arrives at Quail Hollow and plays anything like he did last week he should find himself near the top come Sunday. He’s got a lot of work to do and the rest of the field are going to put up a fight but on the back of last week’s performance and keeping his price in mind, he looks a great each way bet.