This week the European Tour heads to the stunning Leopard Creek Country Club for the Alfred Dunhill Championship. The course, which was designed by Gary Player, has a reputation as one of the finest in the country and those privileged enough to play there come home with stories of sightings of game that you would normally only expect to see in places like the nearby Kruger Park. We’re not here for the wildlife, though, we’re on the lookout for a winner.

This year, as it does every year, Leopard Creek promises to challenge every aspect of the players games. Littered with bunkers, it is your typical links course and demands accuracy. Wayward tee shots won’t be found and any deviation from the fairway will be punished severely. Water comes into play more often than not and these streams and lakes seem to attract golf balls in the same manner in which they attract the abundance of wildlife on the course. That’s not the end of it though as the greens are quick and can be difficult to read. All in all this is going to provide golf fans with a real spectacle of golf with a few sightings of crocodiles and hippo thrown into the mix. So who will win this one? Let’s have a look. 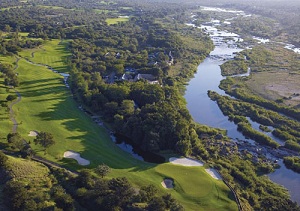 VALUE BETS
Trevor Fisher (60/1 a win & 13/1 a place)
Trevor Fisher came out guns blazing at the start of the season when he won the African Open but after that he went quiet and we haven’t heard all that much from him throughout the rest of the year. He did look to be finding some form again in the Portugal Masters when he finished a very respectable third and if he is getting back into the swing of things he’ll be a player to keep an eye on whilst the Tour is in South Africa. He’s always done his best at home and finished 4th here last year. Fisher has the long game to overpower this course and I have a feeling he’ll finish near the top this week. Each way is the bet for me.

Charl Schwartzel (6/1 a win & 13/10 a place)
Schwartzel has always been the man to beat at Leopard Creek and his four victories here prove that this is a course that suits his game to a tee. Granted, he hasn’t been at his best this season but he showed flashes of brilliance in Dubai where he finished T4 against very stiff competition. If he can replicate that performance there’s no reason that he can’t go all the way for a fifth time this week. I’m backing Schwartzel each way.

Lucas Bjerregaard  (14/1 a win & 31/10 a place)
Anyone who has been following the European Tour over the past few months would have taken notice of the form that Bjerregaard has been in. He came close to claiming his first win on the Tour in the Hong Kong Open – eventually finishing second – and went on to finish T3 in the BMW Masters and T5 in the European Open. Despite playing so well and coming so close to winning he still hasn’t managed to claim his maiden victory, but I have a feeling that could all end this week in South Africa. I’ll be keeping a close eye on Bjerregaard this week, at this price he’s worth backing each-way. 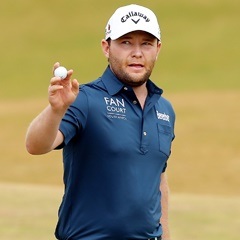 TOP BET:
Branden Grace (4/1 a win & 9/10 a place)
Branden Grace will be eager to pick up where he left off and get the 2015/2016 season off to a flying start with a win in a tournament he dominated last year. Last time out he thrashed the field by an unprecedented 7 shots and then proceeded to play some great golf throughout the rest of the year, carrying that form through all the way to the final tournament of the season where he finished third. He is available at very short odds but looks to be the player to beat and I can’t see him not being near the top come Sunday. I’ll be backing Grace to win this one, so should you.