All the info you need to know about the 2019 Vodacom Durban July runner BARAHIN. This Mike de Kock trained colt has been entered to run in the R4.25 million Grade 1 race at Greyville on Saturday 6th July 2019. Learn more about this horse here. Get your bets on now at Hollywoodbets. 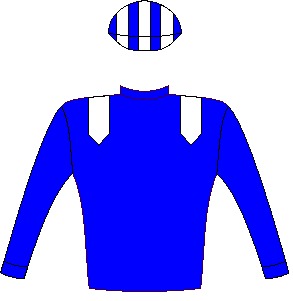 Barahin has been at Randjesfontein where his own preparation has gone according to plane. Mike said: “This is the best we’ve had him before a race, he was always underdone when previously facing Hawwaam and I reckon it will be a lot closer between them this time.

“Barahin gets 3kg from Hawwaam, and he may also still be a few pounds under-rated so at the weights I’d say he is the horse to beat. He will be travelling to Durban next Friday.”

Jockey Comments:
National log-leading jockey Muzi Yeni was pleased with Barahin’s draw and commented: “Six is a very good draw and I appreciate getting it, particularly as I am drawn among the fancied horses like Rainbow Bridge (4) and Hawwaam (3) while I have Richard Fourie on Do It Again on my outside at ten.”

Winning Form – Magic Tips Comment:
BARAHIN is the stable companion to the early ‘board topping’, Hawwaam. The highly regarded son of Gimmethegreenlight, tasted victory on this day last year as a two-year-old. On that occasion, he won the Gr2 Golden Horseshoe, beating another hugely successful Mike De Kock inmate in the form of Soqrat. Unbeaten in his two career starts at this course, he now steps up to an unfamiliar distance of 2200m which will be his biggest test of stamina yet. Beaten by Hawwaam in his penultimate start, he now gets the luxury of a favourable 3kg swing at the weights for that 5,75-length beating and one could easily argue that he was a run short of his best on that occasion. One thing is certain, his conditioner will have him cherry ripe for this run and he has to be a considered a big contender. With Winning Form sponsored Muzi Yeni chasing the Jockey Championship title this year, a win here would surely be the cherry on the top to what can be considered a remarkable effort this season.

Verdict: Unbeaten in 2 starts this course. Best MR 108. Steps up in trip. Include on good penultimate run.