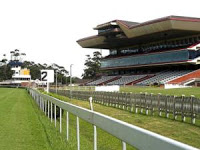 Winning Form brings you their best tips for Clairwood’s racing on Saturday the 3rd of August. Comments, betting and images are provided! Tips provided come from Winning Form, as well as their back page tipster – Magic Tips by eMeM.

BREEDERS CUP has had two promising attempts over this trip at Scottsville to date. He met two useful sorts in both those efforts but ran on nicely for second last time out. His unfavourable inside draw is a concern but he seems to be well above average and he could still pull this off.

This is a very competitive affair and the youngsters could come up trumps. The pair of RESOLUTION and SEMRA are selected to fight out proceedings, with slight preference for the former. The daughter of Ashaawes was green but still made a promising debut when she ran on well for third,beaten 2.50 lengths by subsequent winner Athina over 1450m on this course, five weeks ago. She had to negotiate a wide draw but obviously has tons of ability and could be very effective over this extra distance. She is drawn well at barrier 5 today. Interestingly, the latter was beaten 4.75 lengths into third, also behind Athina, albeit in a different contest over 1500m in yielding conditions on this course at her second start. She had two useful sprints, either side of that effort and has plenty of room for improvement. She too, jumps from a good draw and it promises to be an exciting match-up.

GRAFTON has shown fair form in all three of his starts to date. However, he may not have seen out the mile when he tired late into third behind a fair sort at Scottsville last time out. The runner-up did the form little favours when unplaced next time out but this son of National Assembly could really enjoy today’s drop in trip. The blinkers could also be a major help and his young trainer seems to have found the perfect race for him. The obvious worry is how he handles the left hand turn for the first time.

SON OF ORIMANDES was always going to find things tough for him from a poor draw over 1300m in a competitive contest at Greyville on Gold Cup day. He weakened in the home straight after racing wide throughout but was still beaten just over five lengths at the wire. Also, he may have just needed the outing after an eight week break so will strip much fitter today. He had shown some consistent form against much better company prior to that and is ideally c & d suited. Top jockey Anthony Delpech climbs aboard the son of King Of Kings today and the pair could prove very tough to beat in this contest.

INDIGO CHILD is much better than her recent record and needed both her fair comeback runs. She should have finished much closer over this c & d last time but had to ease at a crucial stage. She was dropped a further pound in the rating and should be cherry-ripe today. She is favourably drawn here and is a big threat on her best form.