All the info you need to know about the 2019 Vodacom Durban July runner EYES WIDE OPEN. This Glen Kotzen trained colt takes part in the R4.25 million Grade 1 race at Greyville on Saturday 6th July 2019. Learn more about this horse here. Get your bets on now now at Hollywoodbets. 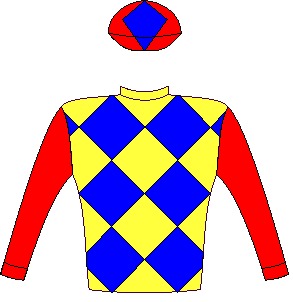 Trainer Glen Kotzen will be on our panel to share his thoughts on an action-packed day full of racing. The outright gentleman trained the incredible Big City Life who won this race in 2009 and he was happy to share his comments with Winning Form’s racing analysts when sharing “Eyes Wide Open’s prep has been onward and upward since his arrival in KZN. He won the Greyville 1900 still needing the run. He thereafter featured in a slow run race in the Cup Trial where he was pulled out to go up and lead them, which isn’t his style of racing. He put up an incredible gallop, ears pricked and hard held throughout. We were delighted with his work. Hawwaam and Do It Again are horses to respect but they are both shouldering quite a bit of weight. Twist Of Fate could be a big runner and Master Jay is possibly my best runner on the day

Winning Form – Magic Tips Comment:
The Glen Kotzen trained EYES WIDE OPEN and son of 2003 Vodacom Durban July Champion Dynasty, lines up for the first time in this year’s return of KZN’s flagship thoroughbred contest. He is a dual Gr1 winner already, having notched up a win in the Premiers Champion Stakes (Gr1) as a two-year-old, followed by a scintillating win in the coveted Investec Cape Derby (Gr1) as a three-year-old. – beating last year’s Vodacom Durban July champion Do It Again, in the process. He appears to be his best in KZN and his recent return to form can also be attributed to KZN based big race rider, Warren Kennedy who retains the ride. He will have his work cut out from gate 18, but with a bit of luck in running looks to be plenty of value and is surely not without a chance. Having trained the 2009 winner Big City Life, the stable certainly knows what it takes.

Verdict: Drawn wide, but rates a ‘dark horse’ on recent form at this course.