Winning Form brings you their best tips for Fairview racing on Monday 12 April 2021. Horse racing tips provided come from Winning Form, as well as their back page tipster, Jimmy The Rich.

WHATEVER NEXT produced a promising debut effort over this distance on the turf, three weeks ago. He lost a length at the start, understandably raced green but the manner in which he stayed on at the finish was encouraging. The son of What A Winter would have gained from the experience and if suited to the polytrack, he should be the one to beat. IRON HENRY produced a good local debut effort over 1200m on the turf. He showed good speed that day, but found one too good in the form of Subterfuge. The son of Trippi finished second in his only attempt on this surface. He should strip a much fitter horse and may be hard to peg back in the run down to the line. MADAM SEVILLE has finished second in both her efforts for the Tara Laing camp. She raced from a handy position last time, but found one too good in the form of Gallic Girl. The daughter of Duke Of Marmalade tries the polytrack for the first time and if suited to the surface, she should find herself in the winner’s enclosure. 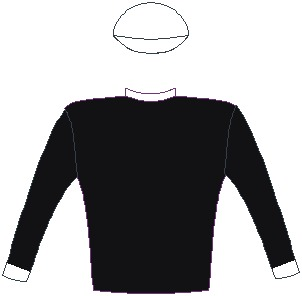 REGIMENTAL is the best bet on the card. He was ridden to perfection when winning his last start over this distance on the turf. The son of Captain Al takes a drop in class today and if suited to the polytrack, he should notch up the hat-trick. NU BELL was an impressive winner of her last start over this C&D. The daughter of Potala Palace meets a similar type of field this afternoon and can notch up her third career victory.