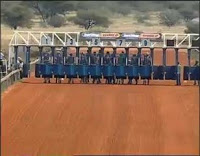 Winning Form brings you their best tips for Flamingo Park’s racing on Saturday the 3rd of August. Comments, betting and images are provided! Tips provided come from Winning Form, as well as their back page tipster – Magic Tips by eMeM.

WOZA FRIDAY has found his best form since arriving in Kimberley. He has plenty of speed and was outrunlate into second over seven furlongs, recently. He is much better over this trip and only tired late in his penultimate outing. He has enough early speed to overcome his wide draw and must be respected in this moderate field.

This is another moderate contest and the recently relocated RUNWAY JET and BLACK MARBLE could fight things out. The former gets the nod and she hails from the Cliffie Miller yard. The daughter of Jet Master has shown some fair form in her nine KZN starts and has shown enough speed to date and that will stand her in good stead. She has her third run after the break and could stake a serious claim from a handy draw. The latter hails from the Cape and she improved in her last two starts but now surprisingly the blinkers are removed. However, she also races up with the pace and can feature if shehandles the course. She too, is well drawn at barrier 3.

CASTLE ROCK stays well and has shown some fair form since arriving in Kimberley. He had a strange penultimate effort when he took off late for third over this c & d and then plainly found the nine furlongs too short for him last time out. Admittedly, without the 4kgs apprentice claim today, he is still well held by CAMPO DE SANTANA at the weights but he has a good draw and could be very competitive here.

SHADOW LINE is visiting from Gauteng and brings with him cracking sand form. He has always been held in high regard by his conditioner and is realizing his true potential since he was gelded, back in April, this year. He cantered to victory on the Vaal sand over a mile in his penultimate outing and then easily beat subsequent easy winner Panjo over the same c & d, last time. Admittedly, he takes on much stronger this time but he has a light mass of just 52.5kgs, coupled with pole position and could take some beating, if he handles this surface.

An interesting opening contest as many of the principle contenders have stamina doubts over this sevenfurlong trip. However, CALL FOR CHANGE has often given an indication that he would love going beyond the minimum trip. Unfortunately, he had a poor draw to contend with when disappointing last time but could be a totally different proposition from pole position today. He has shown promise on this course and could represent decent value in this contest.