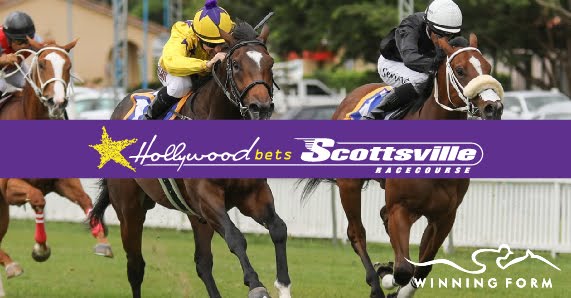 Winning Form brings you their best horse racing tips from Hollywoodbets Scottsville on Sunday 13 September 2020. Comments, betting, and silks are provided! Tips provided come from Winning Form, as well as their back page tipster.

LORD WYLIE has improved in each of his starts to date. He showed good speed last time, but found one too good in the form of Hail Columbia. The son of Wylie Hall does not meet the strongest field today and he should shed his maiden tag.

HAWKER TYPHOON is the best bet on today’s card. She ran a very good race on debut when finishing second over six furlongs on the polytrack. She lost a length at the start that day, but finished her race off strongly. It must be noted that the form of that outing has been franked. The daughter of Toreador would have gained from the experience and should be too good for this field.

MONARCHY got back to winning ways in his last start over ten furlongs on the polytrack. He took the lead at the 350m mark that day and just held on where it matters most. It must be noted that the form of that race has been franked. He does take a rise in distance this afternoon and if seeing out the extra trip on offer, he should notch up his third career victory.

TWO OF US should have finished closer to the winner last time as he hung in the closing stages. He is suited to the seven furlongs having finished second in his only attempt over the distance. The son of Twice Over does have a wide draw to overcome, but he is likely to be switched off near the rear of the field and will be mowing down the frontrunners in the run down to the wire.

MAIDENS PRAYER is the value bet on this afternoon’s card. She finished 0.9 lengths behind ARIANOS SHADOW last time and is 1kg better off at the weights. The daughter of What A Winter should strip a much fitter horse today and on best form shown, should find herself in the winner’s enclosure.