Hollywoodbets sponsors a host of trainers throughout the country. Learn more about them here: Based at Summerveld, Zimbabwean-born trainer Alyson Wright took out her training license in 2006. she said that her best moment in racing came when Kochka won the Premier Champion Stakes in 2013 and what made her even prouder was the fact that he went on to win Champion Two-Year Old of South Africa the same year. Wright trains many horses for the Hollywood Syndicate, with Sunny Bill Du-Toy the most successful horse of their partnership. Randjesfontein trainer, Candice Dawson (CK Racing), has teamed up with Hollywoodbets, bringing with her a solid background of recent successes. With dreams of taking on the world, CK Racing has grown to an 85+ strong string at Randjesfontein under Candice and her sister Tammi, together with partner Kathryn Ralphs. While the majority of Candice’s runners are in the Gauteng region, KwaZulu-Natal has been a happy hunting ground for her. The CK Racing stable have enjoyed recent feature race success with the likes of Sentbydestiny, winner of the 2020 Premiers Champion Stakes Gr1 at Hollywoodbets Greyville. 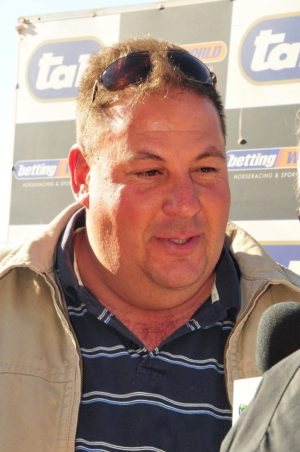 Situated North of Johannesburg is the long-standing yard of Clinton Binda. He started training in 2003 and today has 50 horses in his yard. He says that the most satisfaction in his job comes when winning. Binda says that he loves that the game can give you more excitement in 60 seconds than some people have in their lives. Binda added that he wouldn’t be where he is today without the support of Hollywoodbets. “It’s truly a privilege to be sponsored by such a great sponsor.” 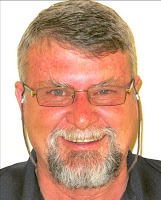 Cliffie grew up in the “City of Diamonds” and has been training thoroughbred racehorses since 1979. After the closing down of Flamingo Park he relocated to KZN and after a short stint he has now relocated to further down the coast to Port Elizabeth. He freely admits that without his partner, Heather Reddie, assisting him at stables, life just wouldn’t be the same. He also trains a number or horses for the Hollywood Syndicate. 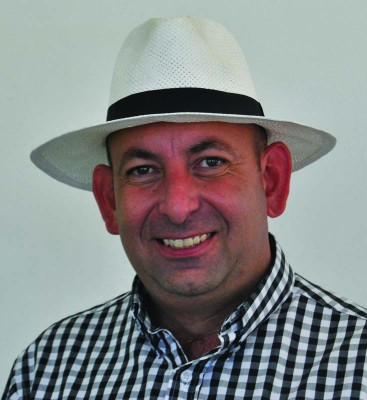 After taking the reins from his old man Tobie in 2019, Corne has done exceptionally well. The Spies stable has always been known for the big occasions and that showed as they brought home Cockney Pride home in the Grade 2 Golden Slipper in 2019.  Spies trains over 100 horses and is based in Gauteng, he says that there’s no better sponsorship than Hollywoodbets, ”Hollywoodbets are the best sponsors in racing,” said Spies. 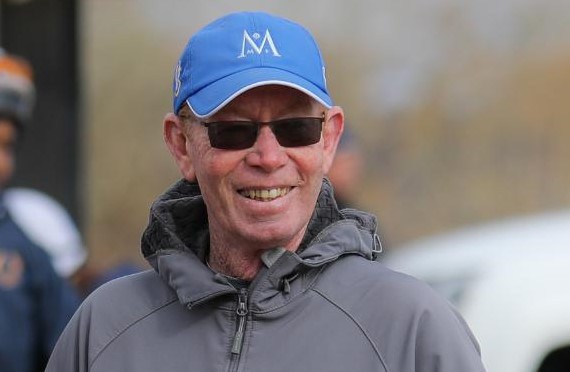 Dual KZN champion trainer Duncan Howells is widely respected throughout the country after an extremely successful career thus far, having saddled 8 Grade 1 winners. The outright horseman’s invaluable plan to fit hard-knocking speedster Coldhardcash with a cornel collar came together in 2019, after the gelding was diagnosed with an irreparable wind problem. It is always nice when a trainer can solve problems with a horse that are keeping it from finding his or her true potential. Coldhardcash went on to win three races on the trot thereafter and could be one worth following from the Howells Racing stable. Trainer Gary Rich has a small string at his Ashburton base where each of his thoroughbreds get plenty of attention and are looked after with immense care.  He has a few youngsters in the yard that will be worth following in the future. His fondest memories as a trainer have been winning the Grade 3 Christmas Handicap and Listed Michael Roberts Handicap with Argentinian bred Orbit War. Undoubtedly one of the finest horsemen South Africa has ever produced and a true veteran of the sport Garth Puller, who unsurprisingly easily made the transition to successful trainer after nearly five decades in the saddle. He trains close to 100 horses at his Summerveld base and was fortunate enough to win the inaugural Hollywoodbets Sizzling Summer Challenge in fine fashion. The outright horseman mentioned the decent stayer Twice Golden as a gelding on the up but also stated that the speedy Hollywood Syndicate owned Travelling Light is maturing into a decent filly which bodes well for the future. Reigning from the ‘Windy City’ is top trainer Gavin Smith. He has been involved in the sport for over four decades as he rode work for the first time and the tender age of 11. Smith trained the top-class former ‘July winner and now successful stallion Bold Silvano during his juvenile days and he instantly named that as his biggest achievement to date. His other memorable achievements include winning the Emerald Cup (the richest sand race in Africa) with In A Rush, the KZN Breeders Guineas with DJ Detzky and the small matter of 8 East Cape Trainer’s Championships. The competition in Port Elizabeth is getting stronger each season but Gavin continues to hold his own and he is currently based at Fairview Racecourse. Gavin said that he has a good crop of younger horses and made special mention of Global Drummer, Daichi and Storyland as the ones that stand out. Milnerton based conditioner Glen Puller has over 30 years’ of experience as a racehorse trainer and like his older brother Garth, he decided to focus his passions on training thoroughbred racehorses after hanging up his jockey boots. Glen’s fondest memory was when Illuminator won the only running of the CTS Million Dollar Stakes event at Kenilworth in 2016 and he also trained Silicone Valley thereafter, who ended his career a seven-time winner. 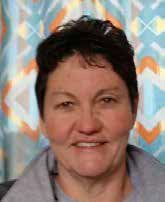 Heather Adamson is a Vaal based conditioner full of enthusiasm and optimism, mostly because she loves working with horses. She received her first trainer’s license in 1982 until 1989 and then renewed it in 2006. She was unfortunately diagnosed with autoimmune disease a few years ago but training horses kept her going. She said that there is no better feeling when a horse that is trained by you wins, she said that is beyond description.  She couldn’t be more grateful for the sponsorship of Hollywoodbets, ”They really help us, the small trainers with the overalls and everything that we need,” said Adamson. Jarret assisted his late dad Vernon and then ran a satellite yard for veteran trainer Duncan McKenzie before he finally got to train in his own right in 2016. He has a small string and is currently based at Ashburton after the closing down of Flamingo Park. Jarett’s best memory in racing is quite an emotional one. A horse by the name of Easy To Please gave him his first winner as an official trainer and incidentally, the veteran gelding was also his dad’s last winner before he sadly passed on. 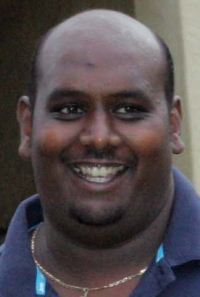 Kom broke into the training ranks of the South African Horseracing Industry back in 2006 and has progressed steadily since. He began with a mere 10 horses at his Summerveld base, but due to hard work, honesty and a satisfactory success rate, he has grown his string to over 50 horses. Kom pays a special tribute to long-time friend and loyal patron, Seelan Chetty, who was instrumental in him making the bold decision to take out his trainer’s licence in December 2006. His most successful season to date was when he saddled 58 winners, which ensured a very creditable 4th placed finish on the KZN Trainer’s Log behind the likes of the game’s greats, Mike de Kock, Sean Tarry and Dennis Drier. Louis joined the Hollywoodbets Sponsored Trainers Group in 2019. He was born into a racing family as his father was Champion Trainer in Port Elizabeth on seven occasions. He took out his own license in 1992 and has never looked back. Goosen has many fond memories in racing and one that sticks out is training Waywest Goddess who won the SA Fillies Nursery and also finishing second, a short head behind Chocolicious in the Allan Roberston at Hollywoodbets Scottsville. He said that more than half of his yard consists of unraced two-year-olds and it is too early to tell which ones will be worth following. 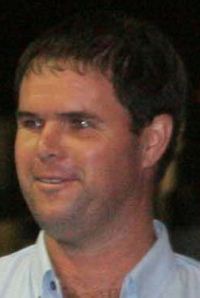 Lowan is based at Ashburton. He went into partnership with his dad Paul and after his father sadly passed away, he took out his own license in 2007. One of his best memories in racing was working with a horse called Amberpondo who won the 1996 Kings Cup and the 1997 Champion Stakes. The charismatic Hollywoodbets-sponsored Summerveld trainer MJ Odendaal took out his trainers license in mid-2019. His small string of runners has done well to date, with his best runner Shavout having taken his place in the Grade 1 Dingaans. Odendaal has accumulated more than 10 winners thus far and with energy like his, there is definitely much more to come. Long-time Assistant Trainer to Crawford Racing KZN, Peter Muscutt has been impressive since taking out his trainers license last year. Peter has been associated with Gr1 winners Bold Respect, Lady Of The House, Edict of Nantes, Undercover Agent, Captain America and Sail South, amongst others, in recent years. Muscutt also trains many Hollywood Syndicate horses and he has formed a formidable partnership with Winning Form sponsored jockey Jabu Jacobs. KZN based Gadsby started his training in the 1980’s and then renewed his license again in 2010. He now has 28 horses in training and is based at Ashburton training centre. Gadsby is very proud to be associated with Hollywoodbets and is very grateful to be a part of the Hollywood family. Gadsby’s best moment as a trainer came when Gunner won the Grade 1 Premiers Champion Stakes in 2016 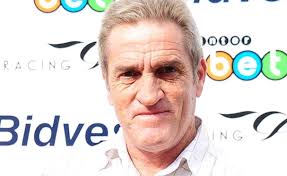 Stuart has earned a reputation for getting the best out of a horse, particularly with making the most out of some unlikely and inexpensive prospects. The dedicated horseman lives by the motto “A trainer is only as good as the horses he trains,” and has produced Grade 1 winners with Tyson and Surcharge. With his dedication and work ethic Stuart has every chance of finding another champion.