All the info you need to know on the Vodacom Durban July 2017 runner HORIZON. Form, tips, betting and comments are provided.

With the scratching of Elusive Silva, HORIZON from the Candice Bass-Robinson yard has been entered into the 2017 Vodacom Durban July. Learn more about this three-year-old bay colt below. Form and comments are provided courtesy of WINNING FORM. 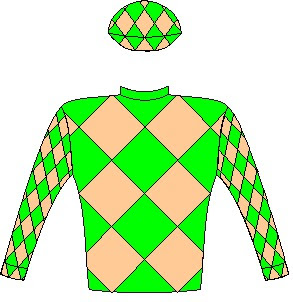 JOCKEY Comments:
Richard Fourie, successful on Legislate three years ago, got the call for first reserve Horizon almost immediately after the scratching of Eluisve Silva. He said: “Obviously I am very disappointed at what happened to Elusive Silva but I’m pleased to get a ride in the race, particularly on a horse with a decent chance like Horizon.”

“I rode Horizon in work on Monday and he gave me a great feel. He has lots of substance and is carrying a very handy weight. I am expecting a big run from him,” said Richard with a lot of confidence.”

TRAINER Comments:
Assistance trainer Robert Fayd’Herbe: “Doing well, had three runs here in KZN – he is fit and well and all is going well with him. Hopefully he gets in, if he does, he will be a big runner at the weights.”

Trainer Candice Bass-Robinson: “He is on the up and I was very pleased with his run in the Daily News. Unfortunately, he has a really bad draw but in his favour is that he is nicely weighted. I rate him as one of the better 3 year olds which puts him into the race with a chance.”

MAGIC TIPS (Winning Form) Comment:
This expensive purchase has eventually got into this contest and though held by EDICT OF NANTES & AL SAHEM on their recent meeting, the Dynasty colt still has scope for progress. His top jockey has good experience in this event having won it via the boardroom in 2014 and placed in this event aboard IT’S MY TURN last year. The bay colt will need plenty of ‘luck in running’ but also shoulders a handy galloping mass and a likely false pace won’t be a huge issue as he can quicken in the closing stages. He can run into the money here.

Verdict: Held on improved last run but still has scope for improvement.