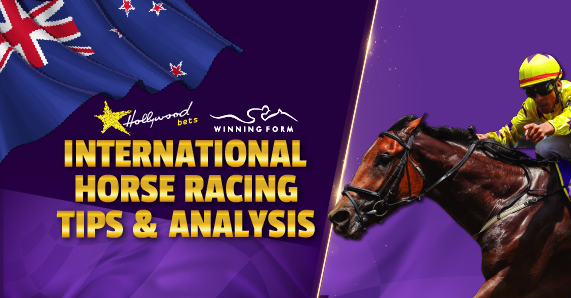 Winning Form brings you all of their best bets and tips for  Australian racing from Wyong. Best Bet: NYAMI (Race 2)
Value Bet: CHANTING (Race 7)
Jackpot (race 5 – 8) – Cost: R81.00
Race 2
NYAMI has only had the two runs to date, running third on debut over six furlongs and then second next time out over seven furlongs, beaten just a head. He did not get the clearest of passages in the straight that day and was immediately rested for 39 weeks. He returns here after finishing third in his only barrier trial. Despite being drawn the widest of them all at gate nine, he is taken to be the best bet on the day’s card. WRITE ON has posted two solid last efforts, the latest when finishing third over this c&d, two lengths off the winner. He tried to go from jump to wire that day and from his drawn one inside the top choice, he looks to be his biggest danger. FIELDS OF HONOUR on the other hand has a handy draw two. He has also only had the two runs to date, finishing third in both of them. He is likely to turn in another honest performance today.
Race 5
BLACK STAR BOWIE has consistent formlines to his name and finished well to end up in third place last time out over nine furlongs, just under a length behind the winner, despite coming wide into the straight. He has drawn gate eight, but he could be the one to side with here. AVALENE is a 7yr old mare taking on the boys, but she is seldom far off the action and was making good late progress to finish second in his last outing over the c&d. He jumps from gate three and will have 1.5kgs taken off his back thanks to his claiming apprentice. UNDER THE PUMP has shown gradual improvement in his last three outings, finishing second in his last two starts. He has his peak run here and will have the services of ex-SA jockey Keagan Latham, so will get all the necessary assistance from the saddle.

Race 6
DISCOMBE followed up his penultimate run victory over six furlongs when returning from a 20-week rest with a fourth-place finish over seven furlongs next time out, one length behind the victor. He hit the front as he entered the home straight and was only run out of it late. He starts from gate eight and should be right up there when they hit the line. UNAMERICAN has cracked pole position and steps up slightly in distance after finishing fourth in his last outing over 1500M when returning from a 19-week absence. On that effort, he is likely to enjoy the extra ground on offer today. NEW TYCOON showed marked improvement to win his penultimate outing over 1300M. He has a handy gate four and has his peak run today after returning from a 24-week break. He should be involved somewhere in the finish.
Race 7
CHANTING is a 4yr old filly taking on males. She was hampered at the 1100M mark in her last start over seven furlongs and did well to finish as close to the winner as she did. She has her peak un here and is drawn in gate eight, but nevertheless, she looks to be the value bet on the program. BETHENCOURT has only had the two runs to date, winning over six furlongs on debut and then finishing second in his next start over the same trip, a neck behind the winner. He has his second run after a 24-week rest and has drawn very wide at gate sixteen, but he could emerge as the biggest threat to the top pick. COMMANDING MISSILE goes for his hat-trick after winning his latest run over 1300M by a short-head. He only saw daylight late that day, but quicken smartly to run down the leaders close to home. He has also not done too well in the draw department being stuck out at gate thirteen, but he should be included in all bets.

Race 8
OCEAN EMPEROR won over 1100M on debut and then finished a disappointing ten lengths behind the winner next time out over six furlongs and was put away for 20 weeks. He returns here after finishing second in both of his barrier trials to prove his well-being. From a handy gate three, he looks like the one that they all have to beat. KNIGHT has his first run for 17 weeks, but he did win both of his barrier trials. He won first time out over six furlongs and then finished seventh next time out over seven furlongs, before taking that rest. He drops back in trip and from his pole position, he should be right up there in the mix. SKYRAY has shown steady improvement in his last three runs, culminating in a two-length victory last time out over 1100M. He absolutely flew in the closing stages of that race and if he is able to reproduce that effort here, he would be a serious contender for top honors.