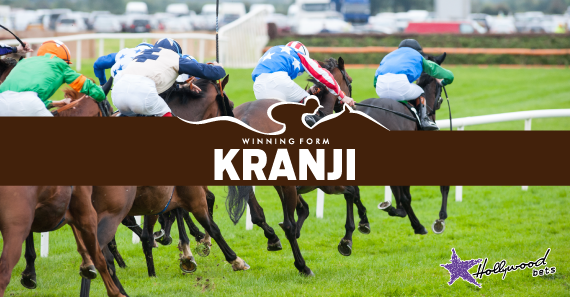 The lightly raced SAHABAT from the Michael Clements yard raced keenly when leading last time out. He will probably be ridden quieter this time and must have a say here. SUPER SIX showed good improvement last time. The son Kaphero jumps from gate 3 and should be right there. CIZEN BOSS he was out of his depth in Class 4 company last time out. This is a lot easier. Blinkers off and he has drawn an alley. Should be thereabouts.

GREAT EXPECTATION from the Stephen Gray yard had a good debut when a fast-closing fourth to Bruce Alnaughty on 4 April. Further improvement on the cards. IRONPRINCE runner-up in his last two starts. He won his barrier trial on 11 May and despite the wide draw she should be right there. ACE SOVEREIGN has done nothing wrong this prep. Keeps running on and will appreciate extra 200m. Not the best barrier, but he can come from behind. Each-way claims

HEADHUNTER hasn’t had much luck with barrier draws but did beat a handy field in his only win at Kranji. He must be respected here. LIMITED EDITION has worked his way back into Class 4 and his last-start second was good enough to inspire confidence in this field. I’M A CONQUEROR three-time winner who looks a nice lightweight chance in what looks to be a level Class 4 event.

AL MEQDAM over-raced in his third start but still plugged away well for second. No world beater but it won’t be long before he opens his account. KING ARTHUR has two placings in as many starts. Not without ability and will relish extra 200m. RESURGENCE showed some flashes of brilliance when known as Gnothi Seauton last prep. Plenty of trials under his belt. Tongue-tie on and has drawn nicely. Not without a say.

ENDLESS has been making ground in his last three starts. In fine fettle and commands plenty of respect here, especially from the handy barrier. HERO IN THE WIND only one win in 28 starts, but these Polytrack middle-distance races are his caper. Will need a bit of luck from wide draw but can still go close. GOLD KINGDOM down in class. Suited to the trip even if he tends to drop too far back.

VOLUMINOUS lightly raced type but has won over 1800m. He is in the right stable to add another win to his tally. HARD TOO THINK the step-up in distance will suit this horse. Stable is in good form lately and has form behind some good horses. MUSTENGO consistent horse who always runs an honest race. Is a previous winner over this distance on the turf.

GIANT KILLING Polytrack seems to be his stronger suit. Stable is in form, and they can keep up the momentum with this Class 5 customer. HIGH VOLTAGE doesn’t win out of turn but has been making some ground in his recent runs. Wouldn’t worry too much about the draw. Include in all bets. PAPERBACK TROOPER getting on but has not been beaten out of his ground of late. Won two of his three wins over this course and distance.

LUCKY IMPERATOR has genuine Class 4 form that looks good against this field. Not beaten far in previous starts and can figure. PINDUS seems to be picking up again. Last-start third to Bionics over 1000m was full of merit. Extra 200m will work in his favour. GRAND FIGHTER found Novice race tougher after brilliant debut win. To be fair, he was caught wide and caused a bit of fracas before the start. Can make amends.

UNBRIDLED SWEEP US-bred mare slowly coming to hand after three starts. Should be suited to 1400m. Big run-in store. STORM TO WIN runs have been more misses than hits this prep, but he has a bit more ability than most of these. Drawn off the track but can still let down if he gets cover in transit. Not without claims. RED CLAW the 1000m was too sharp last start. He will appreciate the extra 400m. Won’t surprise if he takes this.

CHEVAL RAPIDE proven performer in this class and on the Polytrack surface. Form reads well behind good horses and well placed here. CELAVI very speedy type that started her racing career in impressive fashion. Last start ran unplaced in a Group 1 but now back to Class 3, looks well suited to win again. PALETAS won three in a row and working his way up in the ratings. It was a nice strong win in this class last start and warrants respect.

KISS YOUR SONG from the Shane Donald Baertschiger yard ran well last time out and worth including here. WATER ROCKET topweight and has plenty of solid form in the book. Must include here. CHARGER has raced well in higher grade and looks nicely handicapped in this. Has claims here.