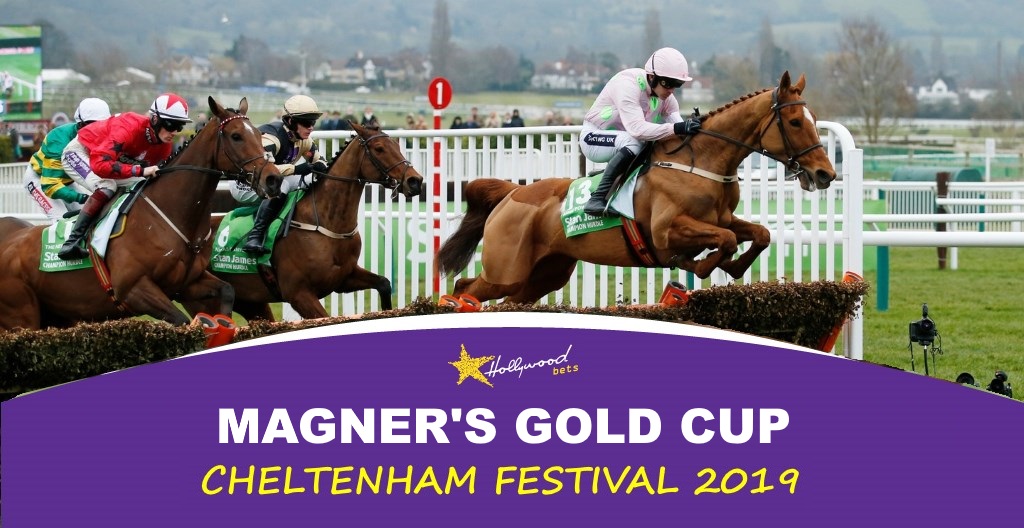 Neil Morrice, our UK racing insider, brings you his preview on the Magners Cheltenham Gold Cup Chase (17:30) on Day 4 of the 2019 Cheltenham Festival, Friday 15th March, 2019. Click here to bet now on this race with Hollywoodbets!

Betting is subject to change. E&OE.

TODAY’s Magners Cheltenham Gold Cup is one of those puzzles that gets harder to solve the more you study it. NATIVE RIVER heads a 16-strong field but with ground conditions becoming softer by the day it’s not easy to strike your quill through many of the contenders.

My pen has predictably stayed well clear of Native River’s name as he is going to revel in the ground in his bid to follow-up last year’s battling defeat of MIGHT BITE.

His credentials are therefore rock solid, and granted an incident free round he will be in the shake-up.
CLAN DES OBEAUX had his measure in the King George and also goes in the soft, whilst the easy Kempton course with its tight turns suited him. Paul Nicholls’ runner is improving, and confirmed it by readily dismissing Terrefort at Ascot last month.

Might Bite is an imposing individual and with that has attracted a ‘Sprinter Sacre’ like appeal from the racing public. However, he’s had issues this season, and doesn’t look the same horse he was 12 months ago.

PRESENTING PERCY goes into battle off an unorthodox preparation by trainer Patrick Kelly. The 2018 RSA Chase hero made a belated winning reappearance over hurdles two months ago followed by two schooling gallops at Galway.

He carries a big home reputation to post and is the undoubted standard bearer from seven Irish raiders in the race.

THISTLECRACK is into the veteran stage but has fewer miles on the clock than the majority of 11-year-olds. And he indicated that his old sparkle is there by chasing home Clan Des Obeaux at Kempton.

The betting suggests KEMBOY can emerge as the best of Willie Mullins’ four runners although Ruby Walsh sides with BELLSHILL who although rarely seen has won three of his last five, including a Grade 1 chase at Leopardstown last month.

View the previews for the following Cheltenham Festival Day 4 Races below: