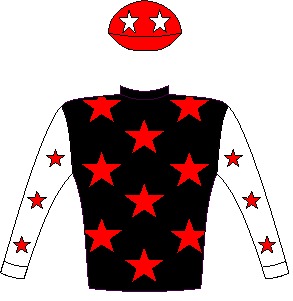 TRAINER’S Comments:
Trainer Gavin van Zyl is fast coming into his own as a top trainer. Maybe not wanting to sound over confident he asked jockey Warren Kennedy to talk about ROCKETBALL’s chance. “He worked beautifully in the gallop and I don’t think he could be much better. The July is a very rough race and he will need all the luck he can get. I have ridden in 5 July’s and in all honesty Rocketball may be the best winning chance I have had yet. As far as my riding tactics are concerned I must be cautious with him as he can pull very hard. I will have to see how he jumps and then slot him in from there.” Neither Gavin nor Warren are known to be over confident people but it is doubtful whether they could be any more confident of a big run from Rocketball than they are.

This inmate from the locally based yard of Gavin van Zyl is a classy three-year old who is right up there with the best of his generation. He is peaking at the right time as he proved with a sensational return to form in the Derby behind ABASHIRI in his penultimate run. The Judpot gelding then confirmed the form when he ran on well for 4th off a slow pace behing RABADA in the Grade 1 over ten furlongs, recently. He has proven to be effective with front-running tactics and his class and versatility are major strengths in this field.

*Rocketball is Magic Tips SELECTION for the Vodacom Durban July!

Bet on ROCKETBALL now at Hollywoodbets!