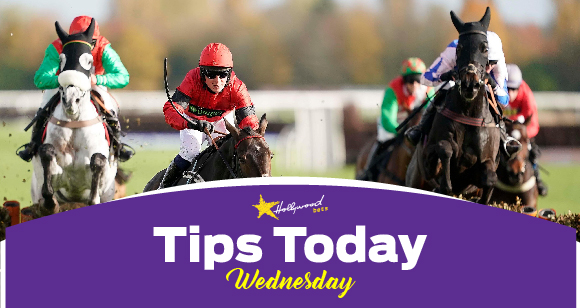 Neil Morrice brings us all of his best bets and tips from UK Racing at Nottingham, Ludlow, Kempton, Kempton and Newcastle.

WALKONBY made it look harder work than it should have been when recording her third career success at Pontefract. The strongly made filly forfeited a good early position and had to be hurried around her rivals but then came hard onto the bridle and went clear, only to prick her ears and doss the the final furlong which allowed Expensive Dream to get to within a neck of her. She’s bred to enjoy the step up to a mile and a quarter and should also handle the very testing conditions.

Having been denied a good opportunity through the abandonment of Catterick, WESTBROOK BERTIE switches to Nottingham and has plenty going for him. He’s won on the heavy, has won after a break in the past and has a good apprentice that knows him taking 5lb off his back. Punters therefore shouldn’t let the 237-day absence worry them as he’s fit and fancied to deliver.

Although he had to dig deep to score at Warwick, BBOLD is almost certainly better than the form shown that day and can prove it by following up although in a competitive heat it’s hard to put your pen through the names of any of his rivals. Ex pointer Falethao D’ana could emerge as the chief threat but BBOLD is possibly more tuned up than anything in the race.

Since having a month’s break through August HENRIETTA BELL has come back into training in great fettle and can complete a hat-trick in this mares’ handicap hurdle. It will be the first of two or three starts she has through the autumn before being aimed at the Newbury mares’ final next spring. She was not the most robust filly last winter but has muscled up and matured.

First time cheek pieces can spark some extra life into MAKSAB on his return to the surface on which he gained his only success this year. The Lingfield winner has run several good races in defeat and received some respite from the assessor, while he’s well drawn for a horse that likes to be competitive from the get go. He put in a pleasing piece of work on the grass on Monday.

The sheer consistency of MAD ENDEAVOUR deserves reward and this looks a good opportunity for the 8yo to show his younger rivals a clean pair of heels. He has a good draw one off the fence and should be able to lead, having all but achieved that on his latest start at Chepstow.

TANGLED has been parsimoniously campaigned on turf this year and now on only his fourth start he tries his luck on Polytrack. Interestingly he enjoys the addition of a first time hood, as he’s not been finishing off his races after travelling strongly. He’s plummeted onto a tempting mark, and more than capable of winning this if regaining the level of form he displayed last year.