An almighty clash is in store at Allianz Park on Saturday where the table-topping Saracens will take on a Bath side desperate for points. There’s also a bit of added impetus to this one with the two men vying for the England number 10 jersey squaring off.

Owen Farrell and the rest of the Wolf Pack emerge victorious or will George Ford and co become only the second side to inflict defeat upon the Saracens this season? 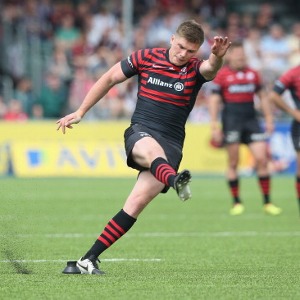 Saracens
I’m honestly starting to run out of superlatives to describe the performances the Wolf Pack are putting in this season. Their last Aviva Premiership outing saw them suffer their first defeat of the season but they bounced back from said defeat in typical Saracens fashion.

After their narrow Premiership loss to a much improved Harlequins side, Saries switched their attention to their final two Champions Cup group fixtures. The first of which saw them take on an Ulster side who were fighting for survival in the competition. Saracens brushed their fired up opponents aside with consummate ease, running out 31-17 victors and secured a home quarter-final in the process. They took on Toulouse the following weekend in what was the epitome of a dead rubber – qualification was mathematically impossible for the French club and Saries were already assured a home quarter. The game lived up to this billing. Both sides opted to rest some of their stalwarts and the match, while entertaining enough, never really took off. Despite the affair being rather dour, Saries still managed to get the win and in the process ensured they would finish the group stage undefeated.

With the Champions Cup quarter-finals only set to be played in May, Mark McCall and his charges can now focus solely on their domestic league, which they are dominating by the way. They currently sit three points clear of the second-placed Exeter Chiefs and six points clear of the third-placed Harlequins. A bonus point win this weekend could see them extend that lead even further as Exeter have a tricky away tie against an extremely unpredictable Worcester side.

Before I get on to this week’s team news, I’d just like to apologise for my inaccuracies last week. I was under the impression that Brad Barritt was still sidelined, and while Duncan Taylor did start against Toulouse last week it was on the wing rather than at inside centre. Mark McCall is yet to announce his side but I expect him to bring some of his big guns back for this one. The Vunipoala brothers, Owen Farrell, and Petrus du Plessis – who were all on the bench last week – are likely to return to the starting XV. 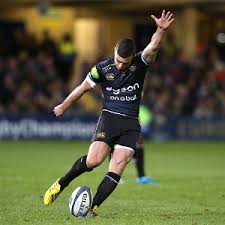 Bath
After last week’s narrow defeat to Toulon, I have come to the conclusion that someone has put some kind of hoodoo on the English club. I stated in my preview for the aforementioned clash that Wasps had been desperately unlucky to lose to Toulon the week prior. While I stand by my claims, I may want to retract the adjective ‘desperately’ from that statement as it really should be reserved for Bath’s home loss to the mega rich French club.

Having gone into the half time break five points down, Bath started the second stanza like a house on fire. A well-worked team move was finished by Bath fullback Anthony Watson on the 45-minute mark. Watson’s try drew the sides level and it was evident that Bath – to paraphrase Nic “The Honey Badger” Cummins – “ were on it like seagulls at a tip.”.

Things were to get even better for the Bath faithful when George Ford stepped up and slotted a penalty on the 50-minute mark to hand his side a well-deserved lead. Bath and their fans dreams of toppling Europe’s wealthiest rugby club would turn into a nightmare on the 57-minute mark when a speculative pass by Scottish eight Dave Denton was latched on to by Bryan Habana. It was a trademark Habana interception try but while the former Province man’s anticipation was fantastic, one is left to wonder why in the world Denton would throw a risky pass when one of world rugby’s intercept kings was lying in wait? That try seemed to knock the stuffing out of the hosts and although they did have their moments in the final 15 minutes of the game, their earlier endeavour would ultimately prove futile.

Despite failing to advance from their Champions Cup group, I honestly think Bath will take a lot of heart from the short-lived campaign. They played some really good rugby and were unlucky not to have got a few more wins under their belts.

An upside of them exiting the tournament at the group stage is they can now solely focus on their domestic league – something they desperately need to do considering they currently sit ninth on the log and are 13 points off the semi-final places.

This weekend may not be the weekend they kick start their campaign, however. Yes, they have some quality players, particularly in their backline but Saries have the muscle and grunt up front to ensure the Bath backs don’t see much ball.

Verdict: Saracens 1/6 *Expected odds
With the local weather bureau predicting a bit of rain this Saturday, I have a feeling that this one may turn into a bit of a kicking duel between the two men vying for England’s number ten jersey. My money is on Owen Farrell winning the duel and leading his side to another victory in the process.