Shaun Goosen takes a look back at some of the key talking points from around Europe.

Perfect Leinster make it three championships in a row

Leo Cullen’s Leinster became the first-ever
team to win three successive Pro14 titles after convincingly outplaying Ulster
27-5 at the Aviva Stadium in Dublin to achieve a perfect season. Despite
conceding an early try to 22-year-old James Hume, Leinster were in total
control of the contest and scored five-pointers through James Lowe, Robbie
Henshaw and Caelan Doris to see them home. The victory was their 25th
in a row, with their last loss coming 16 months ago to Saracens in last
season’s Champions Cup final.
Leinster face Owen Farrell-less Sarries on
Saturday in their Champions Cup quarterfinal clash in what is set to be arguably
the biggest European matchup since the restart. As for Ulster, there will be
plenty to build on ahead of next season. 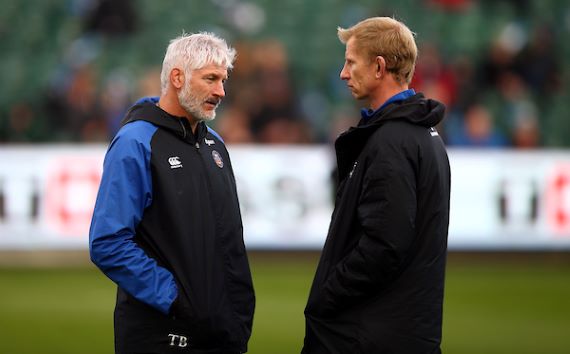 Rob Baxter and Mark McCall may have rested their big names with an eye on this weekend’s Champions Cup quarterfinals, but Saracens’ 40-17 thumping of Exeter was still something of a shock. The strength in depth of these two sides is outrageous, but it was Sarries’ second-stringers who stood out in a mighty powerful display at Allianz Park. The victory ended the Chiefs’ six-match winning run since the restart and would act as something of a warning sign for Leinster ahead of Saturday’s quarterfinal blockbuster.

Exeter though, are unlikely to let this affect them too badly and, knowing the meticulous Baxter, their strongest side will be prepared for their last-eight clash with Northampton on Sunday. Cheslin Kolbe bagged two tries in Toulouse’s 39-23 win over La Rochelle as France’s most successful side bounced back after falling to Clermont in the opening round of action. Both of Kolbe’s scores came in a first-half that saw Le Stade take a 20-10 lead into the break before tearing away in the second stanza.

After two rounds in arguably Europe’s most competitive league, only Racing 92, Pau (two wins each), Stade Francais and Bordeaux Begles (one) remain unbeaten.