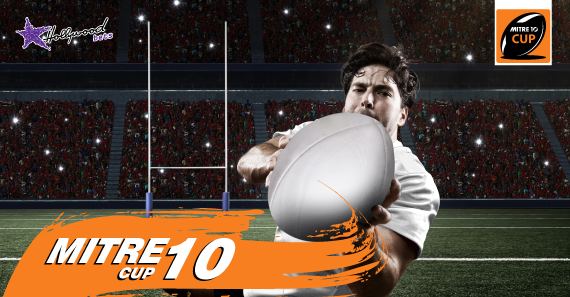 Round 7 of the 2019 Mitre 10 Cup season will get underway on Thursday the 19th of September. Darry previews all the round’s action below.

Canterbury will be looking to post their third consecutive win when they take on Ngani Laumape’s Manawatu.

The hosts were in fine fettle last week as they claimed yet another bonus point victory in downing Northland 12-42. This was the ‘Cantabs third bonus-point win in the space of three weeks, with the result seeing them move up to fourth spot on the logs.

Manawatu have also enjoyed a solid couple of weeks with the return of Hurricanes centre Ngane Laumape coinciding with a two-game winning streak for the Turbos.

Hawke’s Bay will be looking to further extend their lead at the top of the Championship standings when they take on a Taranaki side that has suffered a dip in form of the past fortnight.

The hosts have maintained their unbeaten run last week as they notched up their fifth win of the season, beating Waikato 24-27 away from home. The victory has seen them pull seven points clear at the top of the Championship standings and a win on Friday would all but assure them of a home semi-final.

Taranaki had a much tougher time of it last weekend as they went down 17-31 to Bay of Plenty on home soil. That was the Bulls second defeat on the trot having gone down to Otago the week prior.

Tasman will be looking to make it seven wins from seven starts when they take on a Waikato side who will be desperate to pick up some points so as to keep their Premiership semi-final hopes have alive.

Tasman enjoyed yet another solid outing last weekend as they beat a determined Northland side 21-17. While it wasn’t the flashiest of showings from the Markos, they did show another side of their game by putting in a gritty performance against a fired-up Northland side, who were well ahead at the break.

Round 6 was tougher on Waikato as they suffered a shock three-point home defeat at the hands of Hawke’s Bay.

Southland will go in search of that elusive victory once again when they take on a Counties side who are looking to get off the foot of the Premiership table.

Both teams have enjoyed retched seasons with Southland winless and Counties with only one victory under their belts.

In terms of last weekend’s results, Southland blew a mammoth half-time lead to go down 26-31 to Manawatu while Counties lost 13-18 to reigning Premiership champions, Auckland.

North Harbour will be looking to build on their impressive display against Tasman when they take on an Otago side who sit four points off the foot of the Premiership table.

The hosts enjoyed one  their best outing of the season last week as they went down by just four points to Premiership Champions-elect, Tasman.

Otago had a far worse time of it in Round 6 as they were heavily beaten 54-24 by a rampant Wellington outfit.

Wellington will be looking to build on their impressive 30 point win over Northland when they take on reigning Premiership champions Auckland.

The hosts managed to notch up their third win of the campaign last weekend as they beat Counties 13-28. The victory was just the tonic Auckland needed as they went down by 10 points to Canterbury the weekend prior.

Championship rivals Northland and Bay of Plenty will close out Round 6 at the Semenoff Stadium.

Northland come into this one off the back of a thirty point defeat to Canterbury, which was their fifth consecutive defeat.

Bay of Plenty had a far more productive Round 6 as they registered a brilliant 17-31 bonus-point win over Taranaki.

Verdict: Bay of Plenty 1/6
I’m strong on the away team here and would take any handicap up to minus 15.