The Women’s Rugby World Cup gets underway this Friday evening and there will be keen interest in the opener for South African rugby supporters as the national women’s side will play their first Women’s World Cup game since 2014 when they open proceedings against a strong French side at Eden Park. 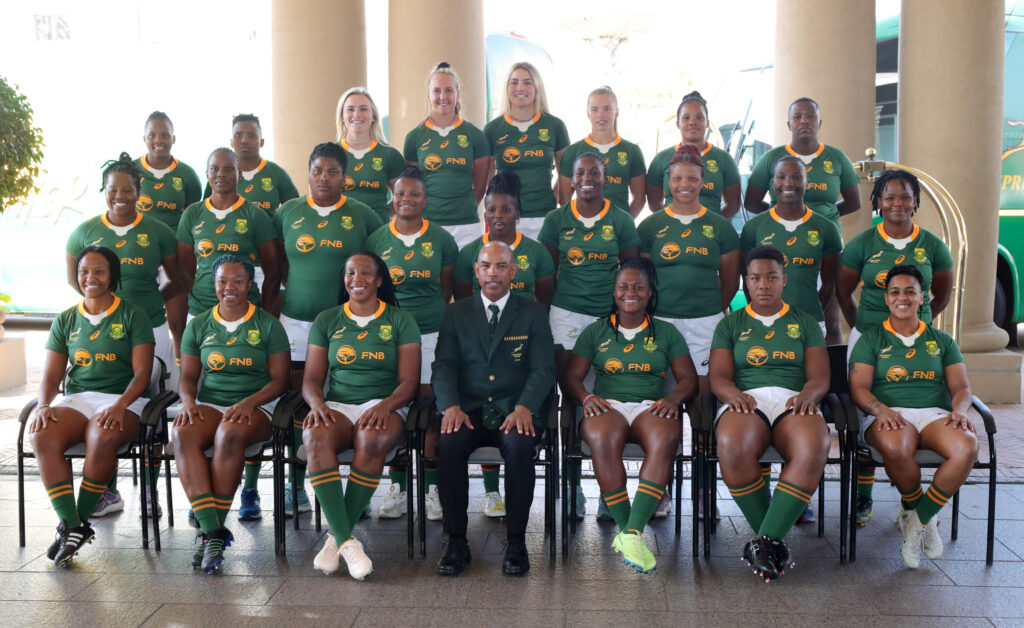 The Women's Rugby World Cup gets underway this Friday evening and there will be keen interest in the opener for South African rugby supporters as the national women's side will play their first Women's World Cup game since 2014 when they open proceedings against a strong French side at Eden Park.

While that game will attract some attention, it’s highly unlikely to produce fireworks as France are a far stronger side than the South Africans. There are a couple games that could well be closer run-ins with New Zealand versus Australia and the USA versus Italy fixtures set to be more hotly contested.

The tournament gets underway in true ‘David v Goliath’ fashion with Six Nations runners-up France taking on a South African side that, while launching a mass rebuilding phase, have hardly set the world alight in 2022.

The French impressed in the 2022 Six Nations, winning four of their five games with their only defeat coming at the hands of England, whom they went down to by just 12 to 24 points.

South Africa have enjoyed a decent enough lead up to the tournament, drawing 1-1 with Japan in their two-match series while they registered a 2-0 series win over Spain.

While South Africa have improved, they will be no match for this French side who are ranked fourth on the World Rugby standings.

Next up we’ve got a rampant England side taking on minnows Fiji. The English head into the tournament as one of the hot favourites to win it while Fiji, who are ranked 21st on the world standings, are unlikely to advance from the pool stage.

The northern hemisphere side have enjoyed the perfect build up to the World Cup, winning the Six Nations without suffering a defeat. They have been dominant prior to their flawless Six Nations campaign as well and are currently on a 24-game winning streak.

I fully expect the Red Roses to put on a cricket score in this one.

Trans-Tasman rivals New Zealand and Australia are next up and the hosts head into this one as favourites with the ‘books, but they will need to be wary as Australia have bolstered their ranks with a couple of Sevens World Cup winners.

The hosts have struggled for form since the onset of the COVID pandemic, losing a number of games to France and England at the close of last year. They have bounced back in 2022, however, registering three wins over this weekend’s opponents and also beating Canada and the USA in the Pacific Four Cup.

Australia have had a far less prolific start to 2022, suffering aforementioned defeats to the Kiwis and also going down to the USA and Canada in the Pacific Four Cup.

They’ve strengthened their squad with some serious Sevens talent and while I don’t see Australia winning this one, I can see them keeping it in what is a rather large handicap.

We could have a very tight contest in our next fixture with a vastly improved Italy outfit squaring off with a States side that is certainly on the up and up.

The Italians had one of their best Women’s Six Nations campaigns to date as they registered two wins, beating Scotland (20-13) and Wales (8-10).

Like their opponents for this one, the States have also registered a historic result in 2022: beating Australia 16-14  in the Pacific Cup. This was to be their only win in that competition, however, as they were hammered 36-5 by neighbors Canada and 50-6 by World Cup hosts New Zealand.

Italy were hugely impressive in the Six Nations and I can see them cracking another surprise here by beating traditional big guns the USA.

The penultimate game of the opening round of the World Cup sees tournament dark horses Canada take on minnows Japan.

The Canadians have been highly impressive in 2022, racking up wins over Australia (10-22) and the United States (36-5). They’re still a slight bit behind the real big guns in world rugby with their 0-26 loss to New Zealand in the Pacific Cup illustrating this.

Japan will have their hands full here as they are still very much a developing team. They struggled against fellow minnows South Africa in a two-match series earlier this year; losing one game and winning the other.

The Japanese will be no match for what is a very experienced and strong Canadian side.

Six Nations outfits Wales and Scotland will bring the curtain down on the first set of Rugby World Cup fixtures.

The Scots really struggled during the early parts of the year as they lost all five of their Six Nations games to finish the tournament rooted to the foot of the table with a points differential of -85.

Wales fared better in the campaign as they finished third with two wins from their five outings. Their fixture against the Scots was a near run, however, as they edged the game 24-19.

Games between these two sides have been pretty tight in the past and I cannot see that changing here. Back Wales to sneak this one.