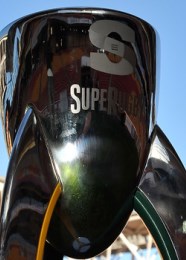 The Chiefs managed to hold off the relentless attacks of Todd Blackadder’s charges last week, sneaking a 20-19 victory to secure the opportunity of claiming back-to-back Super Rugby titles this weekend when they run out against the Brumbies in Hamilton. The Crusaders had looked unstoppable in the build up to last weekend’s make-or-break clash at Waikato stadium, having crushed all opponents in their five previous outings, including a 43-15 battering of the Chiefs. The opening semi-final of this year’s tournament seemed to be going their way with the Chiefs 3-9 down at the sound of the half time whistle, but the home side came out the more determined team for the last 40 minutes in one of the greatest defensive displays of the season. They also added seventeen points in seventeen minutes to help pip their neighbours in a close contest between the two rugby union giants.

The Brumbies managed the unthinkable in Pretoria last week when they defeated the Bulls at Loftus Versfeld, a feat no other side has ever managed in the Super Rugby playoffs. The game looked all but wrapped up for the Bulls when a 78th minute try from Tevita Kuridrani helped Jake White’s underdogs clinch the 26-23 victory in front of an irate Pretoria crowd. They now advance to the final of the competition for the first time since 2004, the year they went on to defeat the Crusaders and claim the title for a second time. This week they won’t be as fortunate as they were against the Bulls when it comes to poor decision making by the opposition to give them the edge. Beating the Chiefs in Hamilton is never easy. But then beating the Bulls in Pretoria isn’t either. To Win (80mins)
Chiefs 1/3
Brumbies 5/2
Draw 31/1
Handicaps
Chiefs (-7.5) 9/10
Brumbies (+7.5) 9/10
Chiefs
Chiefs coach Dave Rennie has named an unchanged side as they host their second consecutive final this Saturday. The only real worry for the Chiefs at the moment is Winger Lelia Masaga who needs to pass a fitness test, but Rennie is confident Masaga will be fit to play. This is an emotional season finale for the Chiefs, who will be losing the likes of Craig Clarke, Lelia Masaga, Toby Smith, Richard Kahui and Brendon Leonard as they all head off to ply their trades elsewhere. Finals always seem to develop into long kicking games with the side with the best defence ultimately taking the glory, and with the Chiefs boasting the kicking talents of Aaron Cruden and Gareth Anscombe, the Brumbies will be finding themselves turning and chasing quite a bit this weekend.
Brumbies
Jake White is never too quick when it comes to releasing his final team selections, but considering the massive effort put in by his troops at Loftus against the Bulls, I can’t see him making too many unforced changes to the side. Sam Carter and Scott Fardy should continue in the second row, with George Smith and Ben Mowen looking to cause as much grief as possible for the Chiefs at every breakdown of the game. The Brumbies have an electrifying backline with the likes of Christian Lealiifano, Jesse Mogg, Clyde Rathbone, Henry Speight and Tevita Kuridrani set to test the Chiefs’ defensive line for a full 80 minutes this Saturday.
VERDICT: Brumbies (+7.5) 9/10 Both sides proved last weekend that they really can beat any side on any given day, but the nature of a Super Rugby final changes the playing field quite a bit. Defence becomes the watch winner in most tournament deciders, and with arguably the two best defensive sides in the competition now going head-to-head in the final, it really could go either way this weekend. Making the game even more difficult to call is the almost identical style of the two finalists, both sides like controlling territory, both sides have an impermeable defence; both sides like to use a long kick and chase game, and oddly enough, both sides only lost four games in the regular season. So the winner this Saturday will have to be the side that takes every opportunity that comes their way out in the middle and makes the best of it. I’m leaning towards a Brumbies upset but to feel a bit safer I’ve backed them on the plus handicap, which considering the narrow winning margin of both semi-finals last week, should be enough to earn you a return no matter which side lifts the cup.

Think we’ve got it wrong? Well leave your comments below and tell us how you think this is going to play out.
Related Topics2013betbettingBrumbiesChiefsChristian LealiifanofinalhandicapJake WhiteLelia MasagaOddspickspredictionpreviewSuper RugbytipsWaikato Stadium