Rugby season is on its way and while most fans of the oval-ball shaped game are still anxiously awaiting the return of Super Rugby, there are a few tournaments starting this week that will help suppress that anxiety somewhat.

The first competition to get underway this week is the Varsity Shield. South Africa’s second tier varsity rugby competition has grown in popularity over the past few years. And while its illustrious cousin, the Varsity Cup, generally sees a higher caliber of player take to the field, the Shield competition does have some exciting unearthed gems eager to leave a mark on South African rugby fans minds.

But let’s not waste any more time mucking about with the introduction and move on to tonight’s games, instead. 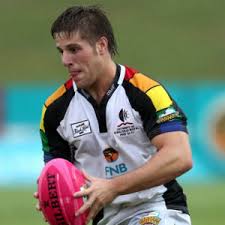 UKZN Impi 16/10
Draw 21/10
Wits 22/10
*Please note these are expected odds
The tournament will kick off with a game between the two sides that contested last year’s final, the UKZN Impi and Wits University. The hosts will go into their game at the Peter Booysen Sports Club as favorites with bookies. The main reason for this is their exceedingly talented squad that includes some of the country’s hottest prospects.

One such player is new recruit Curwin Bosch. The young pivot had a fantastic 2014 Craven Week campaign that saw him catch the eye of rugby unions around the country. The Eastern Province prodigy was eventually snapped up by the Sharks at the end of last year, but not after a long bidding war and securing a salary that I’d probably be able to retire on after only a few years worth of work.

Another UKZN youngster to keep an eye on his outside centre Grant Ratray. The former Maties man produced some eye-catching displays for UKZN during the Fidelity Security Premier Division – KZN rugby’s premier club league.

Speaking of the centres, there is going to be an almighty battle between the two sets this evening. UKZN’s inside centre Alwayno Visagie is a skillful player who has an eye for a gap and a step of note. He’s likely to target the ten and twelve channel, but with two men who relish the tackle lining up to defend said channel for Wits, it will be interesting to see how much joy Visagie gets running his stealthy lines.

One of the aforementioned men Visagie will be running at is Wits pivot Warren Gilbert. While I’m yet to see Gilbert in action, I have heard some really good stuff about the youngster. He’s apparently a flyhalf more in the mould of your Australian and New Zealand tens rather than your quintessential South African first receiver. He likes to attack the gain line and put his outside backs into space with his accomplished range of passing. The battle between Bosch and himself is likely to determine the outcome of this game.

Verdict: Wits
They were fantastic last season and despite a large turnover of playing personnel, they still have a talented squad capable of once again impressing. Back Wits to avenge last year’s defeat in the final. 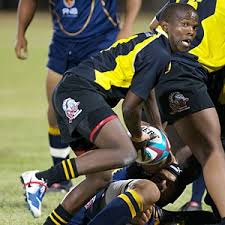 Fort Hare 31/10
Draw 26/10
UWC 13/10
*Please note these are expected odds
Chester Williams’ University of the Western Cape travel to East London to take on Lumumba Currie’s Fort Hare in the second match of the opening round. The World Cup winning ‘Bok has voiced his optimism about his side’s chances of going all the way in the tournament over the past few weeks, and with the talent UWC boast I wouldn’t be surprised if Williams’ premonition comes true.

While the former ‘Bok great has a whole host of talent under his tutelage this term, there are a few who stand out above the rest of his students. One of his A-star pupils is likely to be Boland Craven Week representative Courtney Cupido. The outside centre has a blistering turn of pace and isn’t shy of making a tackle.

While the away side will travel to East London confident of getting a win under their belts, the hosts won’t make their job easy. Despite finishing last year’s competition with only two wins to their name, Fort Hare did give some of the tournament favorites a real run for their money. They’re a much tougher prospect at home than away and Williams will have to ensure his side come into this game with the right mentality otherwise they may just find themselves on the wrong end of the first real upset victory of the season.

Unfortunately, Fort Hare are yet to announce their side for the game, so I don’t really have any team news to go by. I can tell you however, to keep an eye out for their flanker Andile Makinana. The Dale Collage old boy loves the contact situation and his ability to pinch and slow down opposition ball at the breakdown could help Fort Hare nullify UWC’s exciting backline.

Verdict: UWC
Williams has proved himself a competent coach over the last decade or so and I think he’s destined to do big things with this UWC side. Back Williams and his youthful charges to get the job done in East London.