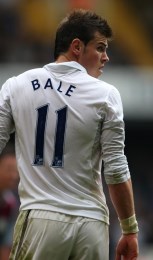 The question of Gareth Bale’s destiny remains decidedly unclear in the aftermath of yet another week of tawdry conjecture. Only a week or two ago it appeared that this move was a foregone conclusion, requiring only superficial posturing on both sides to achieve the requisite ridiculous price. But Andre Villas-Boas has defied popular thought with his stance on the player, a position apparently met by Gareth Bale with some degree of indignation. Daniel Levy is renowned for his hardball negotiation style and will likely demand a smashing of the world record transfer fee, a price that Florentino Perez seems to find somewhat excessive. To try and defy Real Madrid is tantamount to heresy in a financial context that can best be described as survival of the richest. But I wonder if Gareth Bale recognises the quality of the project that Villas-Boas has implemented, a project that I would argue has far more substance than that of Madrid.

Firstly, I don’t want this to be perceived as an attack on the Galacticos. Real Madrid is a monumental club whose reputation is ingrained in the consciousness of world football. Their search for the coveted ‘La Decima’ has taken on almost mythological dimensions in recent seasons. Jose Mourinho came agonisingly close, reaching three consecutive Champions League semi-finals with the Spanish giants. In their mind, they see Gareth Bale as the missing piece in that quest, a swashbuckling left-footed counterpoint to the exploits of Cristiano Ronaldo. Ronaldo has always been the model of professionalism on the pitch at Madrid, for the very reason that his status as alpha male at the club has never been in question.

One thing that will threaten that fragile ego of his will be a potential world record acquisition with the abilities that Bale possesses. He has Herculean running and dribbling abilities, can play on both flanks with relative ease and can shoot prodigiously off both feet. In a perfect world, Bale and Ronaldo should thrive in a potential 4-3-3 system that would see them alternating flanks continuously. But the world of Ronaldo seems to operate best with only one captain at the helm. He thrives under the pressure of being burdened with the weight of the club’s expectations. His celebrations reflect the vast dichotomy that exists between him and a certain Lionel Messi; where the Argentine magician chooses to share his excitation with the core of the Barcelona team, Ronaldo instead opts for displays of glorious isolation. 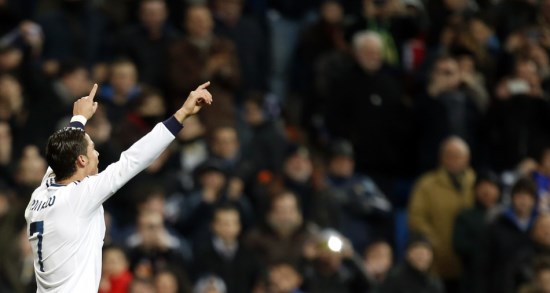 Aside from the question of Ronaldo’s reciprocity to the Bale move, one has to consider the possibility that the media underrated the achievements of Jose Mourinho over the course of his tenure at the club. While most observers would perceive his stint at Madrid as his first real failure as a coach, I feel that he implemented a game plan that actually neutralised some of the gaps between Barcelona and Madrid. While the purists detested his more roughly-hewn tactical variations, Real Madrid performed consistently in the Champions League and managed to win La Liga with a record points tally (an achievement few would have considered possible five years ago). And now Barcelona have enlisted the services of Neymar, a move which could see the Catalan retain that aura of invincibility once again. Bale could be going to Madrid at precisely the wrong time, especially in a league where second place means nothing.

La Liga may be home to the best players on the planet, but the fact that they are dispersed over only two teams means that the amount of marquee fixtures in La Liga is infinitesimal compared to the EPL. The ‘Classicos’ become the foundation of the league, while in England there is a depth in competition that makes every fixture potentially decisive. And Villas-Boas has been busy in the transfer market, the proof of his ambition demonstrated by the club’s record signing of Soldado. The purchase of Paulinho will be the signing of the summer in my opinion, while the exciting dribbling talents of Chadli are further evidence that Spurs are a team on the rise. It just seems as if Bale will be abandoning a club that has far more rewarding ideological objectives than the ones at Madrid. The distortion in La Liga has become laughable in recent years.  Barcelona won La Liga last season, but there was still an overwhelming feeling of disappointment following their defeat at the hands of Bayern Munich in the Champions League. The La Liga title just does not contain the same sense of accomplishment as the Barclays Premier League. 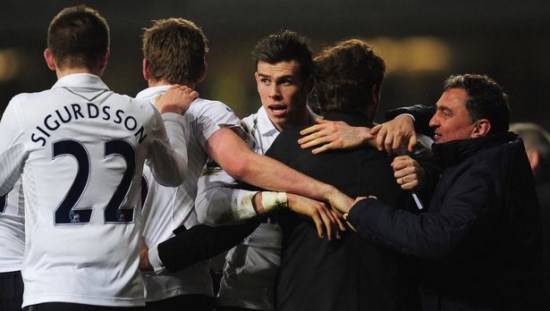 I understand that the life of a professional footballer is relatively short, and Gareth Bale will no doubt be receiving advice from all those around him to opt for the silly money and possible glory in Spain. Maybe I’m wrong. Perhaps competing in a two-horse race for the title every year is actually a deeply rewarding experience. And perhaps Ronaldo will embrace the arrival of Gareth Bale, take him under his wing and guide him to become the best Madrid player he can be. But somehow I feel that an extra season at the Lane with the club that Villas-Boas is assembling could be the best ‘missed opportunity’ that Bale would ever hope for.