South Africa start their new era under Shakes Mashaba in a crucial Africa Cup of Nations qualifier against Sudan. Bafana Bafana will take on Sudan in Khartoum on Friday before hosting the Super Eagles of Nigeria on Wednesday in Cape Town. Congo make up the fourth team in Group A. Due to the unreliability of commercial flights on the continent, South Africa will use chartered flights to ferry their players around a tight schedule, aiming to reduce the potential for fatigue and exhaustion. 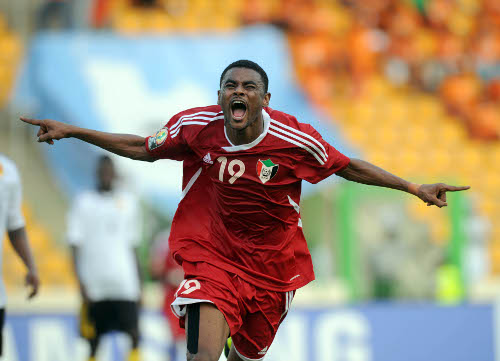 Sudan
Sudan are the minnows of the group but will know that if they can beat South Africa at home in their opening game, their chances of finishing in the top two and qualifying for next year’s AFCON will receive a major boost. The Falcons of Jediane, as they are affectionately known, are ranked 115th in the FIFA world rankings, 46 places below South Africa. Sudan’s squad ply their trade in the local league with quite a few players experienced at international level. However, those players have had very little success during those internationals. During the 2014 World Cup qualifiers in 2012/2013, Sudan finished bottom of their group with no wins, two draws and four losses. Their group contained Ghana, Zambia and Lesotho and all three of their home fixtures were lost. Sudan also failed to qualify for the 2013 AFCON, losing to Ethiopia in a play-off match. Sudan have put in some good preparation for this match and travelled to play Zambia in a friendly last weekend, going down 3-1. Their goal came from a penalty in the dying minutes. As expected, Shakes Mashaba has included a number of new faces that didn’t get a chance to represent Bafana in the last two years, with a few other youngsters also selected for the national team. Midfielder Mandla Masango has deservedly made the team following his outstanding performances since the beginning of the current season, while striker Bonginkosi Ntuli has been called up despite seeing little game time at Mamelodi Sundowns since his move from Golden Arrows. Youngsters Rivaldo Coetzee, Dumisani Msibi, Ayabulela Magqwaka and Keagan Dolly have all been added to the squad as the process of rebuilding a solid Bafana team ahead of the 2018 FIFA World Cup begins. SAFA president Danny Jordaan may have reiterated that Mashaba is not mandated to qualify for next year’s Africa Cup of Nations in Morocco so that he can focus on building sustainable success, but the coach has indicated he’ll do his best to qualify for the continent’s biggest competition.

The last time Bafana qualified for the AFCON was six years ago for the tournament in Ghana and the national team have since adopted the unwanted label of “qualifying for tournaments as hosts”. The most notable absentees in the squad are Thulani Serero and May Mahlangu, who ply their trade in the Netherlands and Sweden respectively. Ajax Amsterdam’s Serero is arguably the best South African abroad besides Steven Pienaar who has retired from the national team. After Mashaba was questioned about the attacking midfielder’s exclusion it seems the man at the helm will only opt for players who are hungry to represent their national team and not those who see it as a duty. Serero was sent home from a training camp by former coach Gordon Igesund after refusing to play because he felt pain in an area where he previously had a long-term injury. Amongst Bafana’s overseas crop are promising central midfielders Dean Furman and Andile Jali. Jali is thriving in his first season in Europe and his Belgian club occupy fourth spot in the league. With Bernard Parker only just returning to the Kaizer Chiefs squad from injury, Tokelo Rantie, who plays in the English Championship, is the only previously capped Bafana striker.

VERDICT: South Africa 5/4
Sudan failed to record a win at home in the World Cup qualifiers and come up against a bunch who will be out to prove themselves to the new coach. Bafana might lack some quality up front but with midfielders who should take control of the match, the raw talent and hunger of the strikers as well as some of the other youngsters in the team should shine through.