After Borussia Dortmund’s miserable performance last Friday night, Bayern Munich waltzed eight points clear at the Bundesliga summit with a 3-1 victory over Schalke. Ironically, Thomas Tuchel’s Dortmund fell to the same scoreline away to Hamburg and the narrative that has pervaded German football for the past three years seems set to continue. That is, spend the entire season chasing a side that are as close to unbeatable as it comes in a domestic league. This could well turn out to be a season of “Invincibles” at Munich. In truth, it is already their slice of history to lose despite the season not having even reached the halfway mark. 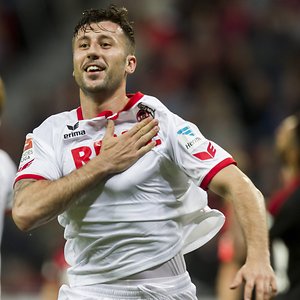 Darmstadt 18/10
Draw 21/10
Cologne 31/20
Darmstadt were nudged closer to the relegation zone in the battle of the sides promoted to the Bundesliga. They lost 3-1 away to Ingolstadt and have now failed to pick up points in three of their last five matches. It was always going to get tougher after making an excellent start to the season considering their status. Cologne will be fairly pleased with their position in mid-table as well as recent results. A victory sandwiched between two draws has seen Cologne unbeaten in their last three league ties. I foresee a low-scoring draw here with Under 2.5 Goals the safer option at 6/10.

Hoffenheim 19/10
Draw 5/2
Monchengladbach 27/20
An own goal resigned Hoffenheim to a 1-0 loss in the capital and left them at the bottom of the Bundesliga table. It was their first loss under their new manager Huub Stevens, but that does not mean that his stay has been a bright one. His first two games in charge yielded scoreless draws and Hoffenheim are without a goal in four matches. Monchengladbach’s last gasp 2-1 win over Hannover extended their unbeaten run in the league to eight matches. It was Andre Schubert’s first game in charge as the full-time head coach following his successful stint as interim manager and Gladbach could conceivably move into third place if other results go their way this weekend. Back the away win at 27/20. Werder Bremen 13/10
Draw 23/10
Hamburg 2/1
Werder Bremen’s awful defending in a horrendous 6-0 loss to Wolfsburg has put the club under a lot of pressure. Flirting dangerously with the drop zone, their wildly inconsistent performances could see the club embroiled in a real dogfight come the end of the season. They have plenty of time to turn their fortunes around but have showed little sign of improvement over the past few weeks. Hamburg’s proud Bundesliga record has been put at serious risk in recent times, but they seem determined to not fall into the promotion/relegation playoff for the third season running. Last week’s victory over Dortmund would have given the side great confidence. I’m tipping a surprise away win at a valuable 2/1, simply based on momentum.

Hannover 31/20
Draw 21/10
Ingolstadt 18/10
Hannover are a side struggling in the nether regions of the league and are a team that has strangely performed better away from home. Last week’s effort against Monchengladbach wasn’t a poor one, equalising in the 65th minute. But conceding a late goal resigned them to another loss- their eighth this season- makes it a futile one. High-flying Ingolstadt picked up their first win in five matches following two draws and remarkably sit eighth on the table, largely proving that they belong in the top flight. I’m tipping this to be another tight encounter with Under 2.5 Goals a likely outcome at 6/10.

Bayern Munich 1/12
Draw 9/1
Hertha Berlin 27/1
Both Thomas Muller and Pep Guardiola have voiced displeasure at the ‘park the bus’ tactics opponents have come to employ against the runaway German champions. Perhaps it should rather be construed as a compliment to the mighty Bavarians that their counterparts are simply seeking to get men behind the ball. It worked for Frankfurt, the only side to have taken points off Bayern in a goalless draw. Nevertheless, a 3-1 win against Schalke reinforced that it will take more than a defensive strategy to stop Munich. Hertha Berlin picked up a lucky three points from a Hoffenheim own goal but they remain fourth on the table and in good form. With Bayern having battled to break down Berlin in recent meetings I’m tipping Under 3.5 Goals at a decent 19/20. 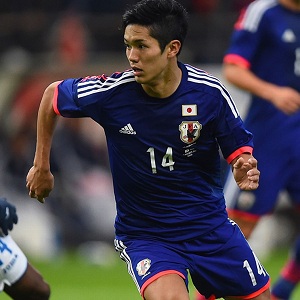 Mainz 5/4
Draw 5/2
Eintracht Frankfurt 21/10
Mainz played out a goalless draw with Cologne last weekend in pragmatic fashion. Following on from their victory over Wolfsburg, it was a decent result for the mid-table club. Not a side overflowing with quality, Mainz seem able to keep afloat in this league without flashy heroics. Their dogged style of play will frustrate a Frankfurt side three points below the hosts and without a win in four matches, scoring only one goal. Frankfurt were a dangerous side last season but without the same blistering form from Alex Meier, have been rendered rather toothless. I’m backing the home win at an alluring 5/4.

Borussia Dortmund 2/9
Draw 57/10
Stuttgart 92/10
Hamburg have well and truly shaped up as Borussia Dortmund’s bogey team. Dortmund have won only one of the last six meetings and their 3-1 loss to the Bundesliga strugglers made Friday night another to forget. Dortmund were poor all around, particularly in defence where they have already shown significant weakness this season. Mats Hummels scored an own goal and was once again culpable in BVB’s shambolic display. Stuttgart were equally as poor in a 4-0 home loss to Augsburg, now only a point behind them. A long and painful season awaits. Back Dortmund to get back to winning ways on the Halftime-Fulltime Double at 6/10. 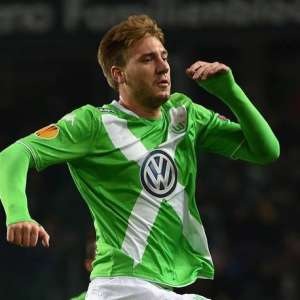 Augsburg 2/1
Draw 5/2
Wolfsburg 5/4
Following a horrific start to the season, Augsburg were uncharacteristically brilliant in dispatching Stuttgart. They were a constant threat going forward and resembled the confident outfit they were last season that sees them currently in the Europa League. Wolfsburg slapped Werder Bremen for six in their last outing with Max Kruse netting a brace. Despite selling off their prized wingers, Wolfsburg are still a force to be reckoned with, particularly at the Volkswagen Arena. Away from home they have struggled this season but one would expect them to pick up the three points here. Nevertheless, in the interest of safety, Wolfsburg or Draw on the Double Chance at 7/20 is my tip.

Bayer Leverkusen 6/10
Draw 31/10
Schalke 4/1
With Manchester United discard Javier Hernandez in the form of his life at Leverkusen, Bayer ended a three-match losing streak with a 3-1 win over Frankfurt away from home. Chicharito netted a brace with Hakan Calhanoglu’s shot deflected into the goal securing the result. Win or lose, Hernandez has been outstanding, scoring in seven straight matches. Schalke were simply not good enough to hold out against Bayern Munich and a recent horrible dip in form has seen them slowly slide down the league table. They’ve been shipping goals regularly and despite a crop of really promising young talent, it will be a difficult season for Schalke. I don’t foresee them upsetting the applecart here. Leverkusen at 6/10 will do for me.