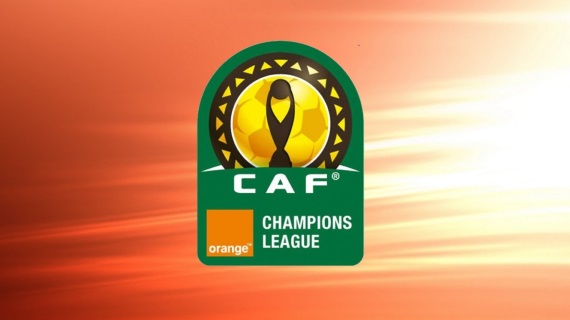 The CAF Champions League has served up everything you could have asked for and more. We have seen some mouth-watering clashes, crazy fanatics, upsets and goals galore. The group stages has been nothing less than intriguing, and it’s not over just yet. With a few important matches to go, there could be some money to be made. Let’s take an in-depth analysis of the match-ups to follow.

Zambian side Zesco United hammered Ivorian rivals ASES Moses 3-1 in the reverse leg of their CAF Champions League Group A encounter last week Saturday. The hosts found the back of the net twice within four minutes in the first half, Jackson Mwanza and Adama Bahn getting a goal apiece, to give their side a 2-0 lead going into the half-time break. Substitute Youssouf Dao pulled one back for ASEC in the 76th minute, but through sloppy defending, Idris Mbombo restored Zesco’s two-goal cushion three minutes later, to claim a second victory for the Zambians in Group A.

The win sees Team Ya Ziko move onto six points from three games, and take up second place behind Moroccan side Wydad Casablanca, who top the table with seven points. The Mimosas drop to third place with three points from just as many games, and will be in desperate need of a victory to stay in touching distance of ASES Moses and Wydad Casablanca. A defeat for the home side will be unacceptable, and with home advantage, they should do enough to earn a point.

With only 5000 Zamalek fans in attendance at the Petro Sport Stadium in Cairo, Mamelodi Sundowns upset Egyptian giants Zamalek 2-1 last Sunday, to all but secure a CAF Champions League semi-finals place just three months after being dumped out of the competition. The Brazilians need just a point from the return leg to be certain of a place in the last-four, or else they will have to do so when they travel to Nigerian side Enyimba in August. In April, the Pretoria based club were eliminated on away goals after drawing 2-2 on aggregate with the Democratic Republic of Congo side AS Vita in the final qualifying round for the group phase. But the Congolese side were disqualified for fielding an ineligible player – Idrissa Traore – who played in the second leg against Downs.

The Brazilians certainly made sure with their second chance at CAF Champions League glory, as they defeated Enyimba 2-1 on home soil last month, before edging Zamalek to give themselves a three-point lead at the summit of Group B. The other team in the group, Entente Setif of Algeria, were eliminated from the competition, after their supporters invaded the pitch in added-time during a match against Sundowns; leaving the group with just three teams and two semi-final places available for the taking. The Brazilians outplayed Zamalek in Cairo and will be eager to finish the job in front of their passionate fans. The home win is well worth a punt.

Al Ahly’s CAF Champions League hopes of advancing from the group stages are looking slim to none following a goalless draw with Morocco’s Wydad Casablanca last week Saturday evening. Wydad remain top of Group A with seven points from three matches, while the Egyptians are bottom of the log with just a point to their name. Zambia’s Zesco United are just a point behind Wydad, so the Moroccans can’t afford to slip up now. The ‘Winners’ as they are affectionately known by their proud fans, finished second in the Moroccan Botola 1 last term, with an outstanding home record of 10 victories from 15 matches.

Al Ahly may have won the Egyptian Premier League, which included an excellent travelling record of 11 wins from 18 games, but that form has failed to reflect in the CAF Champions League. This is a must-win game for the Red Devils, but with the way things have been going for the Egyptians, it looks unlikely. Back the Moroccans to put Al Ahly out of their misery with a victory.

Written by Aaron Crowie for @Hollywoodbets.