Following their disappointing penalty shoot-out defeat to rivals Kaizer Chiefs in the Telkom Knockout Semi-final, Orlando Pirates will swiftly shift their focus to the CAF Confederations Cup Final against Etoile du Sahel. The Tunisian side will be pitted against the Sea Robbers at The Orlando Stadium in the first leg on Saturday, before hosting the return leg on November 29 at Stade Olympique de Sousse. 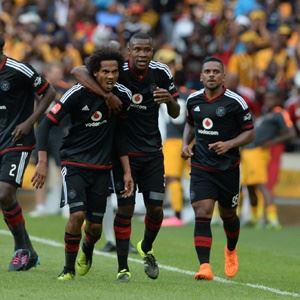 Orlando Pirates
The Orlando Pirates team of the 2015/16 are determined to add to the club’s legacy of achievements in African competitions. Eric Tinkler’s side can complete a ‘treble’ consisting of CAF Champions League, CAF Super Cup and CAF Confederation Cup if they succeed against Etoile du Sahel over two legs. Pirates are participating in their second continental final in three years after finishing runners-up in the 2013 CAF Champions League. The Buccaneers excelled in the group stage of the competition, winning four of their six matches – finishing runners-up behind Egyptian side Zamalek, and booked their place in the semi-finals. They then earned their place in this year’s final when they came from a goal down to defeat Egyptian giants Al Ahly by a 4-3 scoreline in front of their home supporters.

Whilst Pirates have been in great form in the Confederations Cup, their form domestically hasn’t been up to standard, as they currently lie 10th on the log with just three victories from nine matches. However, their last two league matches have seen the Bucs pick up back-to-back victories away to Kaizer Chiefs 3-1 and Ajax Cape Town 2-1 respectively.

Pirates duo Kermit Erasmus and Felipe Ovono have made it onto the top 10 list for the 2015 African Player of the Year (based in Africa). Initially, Pirates had four players in Erasmus, Ovono, Thamsanqa Gabuza and Oupa Manyisa, on the list, but they now have just two players left in the running for the award. Not only did Ovono put in a number of top-notch performances to help Equatorial Guinea reach their first ever African Cup of Nations semi-final this year, but he also had a role to play in Pirates’ qualification for this final. Erasmus, on the other hand, has managed to grab 13 goals in 2015 so far, including five in the Confederations Cup. His partnership with Gabuza has been deadly in this tournament, with the pair scoring 10 goals between them.

Manyisa and Issa Sarr will pull the strings in the middle of the park. Oupa will most likely dictate play with his incredible passing skills, while Sarr is there to break up opposition attacks. Thabo Rakhale and Mpho Makola will operate on the flanks. Both players have an abundance of skill and flair, which allows the to get in behind defenders and create space for teammates. 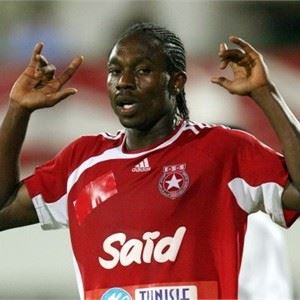 Etoile du Sahel
On their way to the final, Etoile Sahel beat Benfica Luanda, Young Africans and Moroccan giants, Raja Casablanca, who knocked South African heavyweights, Kaizer Chiefs, out of the CAF Champions League. They also whipped Zamalek 5-1 at home in the first leg of their semi-final. Zamalek, remember, had beaten Pirates 4-1 on their home ground during the group stages.

Etoile du are the third-most successful club in Tunisia with nine league titles to their name, behind Esperance (26) and Club Africain (13). Sahel have also won 14 other domestic cup competitions in their 90-year history and finished fourth at the FIFA Club World Cup in 2007. Sahel have won all seven of their home fixtures during their Confederation Cup campaign. And have scored 14 goals, conceded just twice and kept five clean sheets.

Diables Rouges have made a great start to their respective domestic leagues, with four victories from six matches. They have been fairly decent on the road with two wins from four games, but will need to be at their very best to come away with a point, let alone three.

Baghdad Bounedjah made the top 10 list for the CAF African based player of the year. At 23, he’s had an impressive year for a player of his relatively tender age – bagging 14 goals –  and has played a vital role in Etoile’s march to Tunisian Cup glory and the Confederations Cup final. Bounedjah is the joint top scorer in the Confederations Cup with six goals, along with CF Mounana’s, Georges Ambourouet. The Algerian forward could be key to Etoile’s chances against the South Africans.

Verdict: Orlando Pirates 27/20
This should be a close encounter. Etoile could take a defensive approach into the game, so as to ensure an advantage going into the second leg, whilst Pirates will need to attack from the get-go, but must do so with caution. A cagey affair is expected, with the Buccaneers tipped to edge the win.