Group A of CHAN 2014 will contest its last match of the round robin stages on Sunday, with pre-tournament favourites Nigeria and South Africa clashing in the biggest match of the tournament thus far. South Africa lead the group on goal difference over Mali, with four points from two matches, while Nigeria sit one point below in third position. Bafana will need at least a draw to keep Nigeria below them and therefore qualify for the knockout stages, while Nigeria must win as Mali is expected to overcome Mozambique in the other Group A match. Nigeria
Nigeria started the tournament with a surprise 2-1 loss to Mali but bounced back by beating Mozambique 4-2 in their following match. Coming into the tournament, coach Stephen Keshi had relatively little time to work with a squad made up of domestic players from the Nigerian league, most of them with very little international experience. It showed, as a disjointed performance resulted in defeat to their West African neighbours Mali. It was, however, a far more clinical and composed Super Eagles which scored two goals without return in the second half of the Mozambique match after it was 2-2 at half-time. Keshi’s biggest challenge has been to awaken his players from what would normally be a mid-season slumber period, the Nigerian Premier League having been in recess for the last few months. “When the players come from out of season it’s very tough, not playing for three, four months, very difficult. You could see that the potential is there. But you have to go back to the A, B, C of football,” said Keshi. “Sometimes you have to go to the board to explain tactics. I must tell you its very difficult, but I’m happy with the players.” 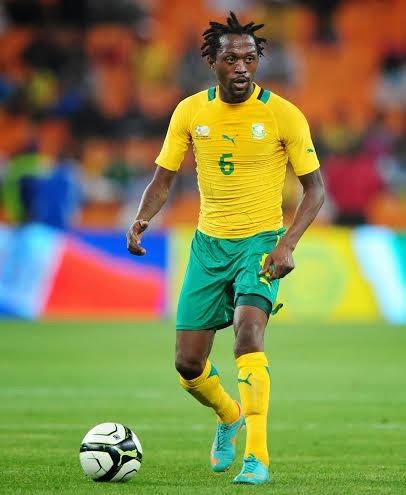 Since 1992, Bafana Bafana have only managed to beat Nigeria once in eight matches. The green shirts of the Super Eagles have been like kryptonite for Bafana, with many South African teams being swept aside in qualifiers and friendly matches alike. As recently as August, Nigeria showed that the hoodoo is alive and well when the African champions outplayed and beat Bafana 2-0 in Durban. However, heading into Sunday’s match,Gordon Igesund’s men are smelling blood. There is a stench in the air that this Nigerian team competing at CHAN are ripe for the picking. Igesund is certainly not scared, and the coach was bullish during a press conference at the team’s hotel ahead of the tournament’s most anticipated clash. “No, we are not scared of Nigeria, we are not scared of anybody, and we can match any team in the tournament. We recently beat Spain, why must we be scared of Nigeria?” Igesund proclaimed on Thursday. This is not Nigeria’s best team by any stretch of the imagination, while coach Stephen Keshi said that most of them haven’t even played under floodlights before this tournament. South Africa started the tournament with an impressive 3-1 win over Mozambique, conceding an early deflected goal. They were fortunate to draw with Mali in their next match after earning a penalty for a foul committed outside of the box, which Bernard Parker slotted home.

VERDICT: Draw 23/10
Nigeria have some raw talent and will certainly come out all guns blazing for the win. Bafana are the more experienced team but need to improve going forward and creating chances. Goals are expected but with Bafana just needing the draw they could hold out when the scores are level towards the end of the match.