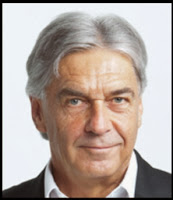 Since his humble start in racing, in 1993, when he owned a horse with Paul Lafferty, to 2012 and 2013 when he made history by winning the Vodacom Durban July two years in a row, CHRIS VAN NIEKERK has made himself a household name in South African horseracing. Despite his terrific success in both business and racing, Chris remains a sincere, polite and humble man who treats all he meets as his equal. He is not a man to boast about his achievements but a look at his directorships in business and a look at the horses he has owned tell the story of a highly successful man in all he puts his hand to.  It is probably fair to say that a lot of Chris’ success in racing is due to the fact that he has stuck with his trainer, Sean Tarry, since 1998 and they have built a relationship of trust  with each other. In this week’s Emerald Cup Chris has three top runners in ACROSS THE ICE, MR TOBIN and TIGER’S RETREAT. WINNING FORM and all its followers will be watching the race with great interest to see if the Tarry – Van Niekerk team are successful.

What is your name?
Chris van Niekerk.

What is your star sign and birthdate?
Virgo and I was born on 7 September.

Where were you born and where did you grow up?
Born in Volksrust and grew up in Vryheid.

Where do you live?
Northcliff, Johannesburg.

Favourite music?
Wide range of music – from rock to classic, and beyond.

Favourite book?
No particular book. I read a wide range of topics – fiction and non-fiction.

Favourite sport?
I enjoy watching all professional competitive sport, but probably lean towards rugby and cricket, apart from horseracing.

What are you reading at the moment?
I normally read two or three books at a time. Currently busy with some “Whodunnit.”

What is the characteristic you like most about yourself?
Not vain enough to say.


Is there anything the public don’t know about Chris van Niekerk that they would be interested to know?
I’m sure there is, but I’m not telling.

Where did you go to school?
Vryheid High School.

What tertiary qualification did you achieve?
Bachelor Of Arts.

What career path did you take after you completed your schooling?
Checkered – from teaching, to shoe making, personnel management, and then into business management.

Where did your business career start?
Greytown, KZN.

You are a director in many businesses. Which of them are you most involved with?
I spread my time across all of them.

You have been a director of P.G. Bison for many years. Has that company been the focus of your business interests?
I am no longer a director of PG Bison, but am still involved in a number of industrial companies.

How did you get involved in horseracing?
I was introduced to racing in a partnership with Ashley Rushton.

In which year did you receive your own colours and who was your first trainer?
1993. Paul Lafferty.

Who was your first horse and how successful was it?
I had a share in Lord Rocky. Not very successful.

How long did you have your colours before sending horses to Sean Tarry?
My partnership with Sean started in 1998.

Tell us how it all came about?
When I wanted to get more serious about horseracing, and I was looking for a trainer, I made three phone calls. The first two were unanswered – Sean Tarry took my call. We met, and discussed his approach to horseracing. I liked what he said, and the rest is history.

Who was the first horse you owned for him and how successful was it?
King’s Ransom. It won two or three races.

How soon did you have a really good horse with Sean?
At the first sale which I attended with Sean in 2000, I bought Golden Dominion, which came second in the Golden Horseshoe. I bought Successful Bidder in 2003. I then bought National Colour, School Assembly and Fort Beluga in 2004.

Which was the best horse you owned early in your career?
Skin Tight. She ran 4th in the Woolavington, and 1st in the Scarlet Lady. Both in 2004.

If you had to name a horse from that period which you will always remember, which would it be and why?
There are a number of my earlier horses which I remember, particularly because of the fact that when I joined Sean we were getting more serious about racing, and therefore took a lot more interest in the youngsters, and visited them at Bosworth Farm. They then did well during their racing careers, like Skin Tight, Machu Picchu, Bayete, Drum Call and Successful Bidder.

Tell us about your association with Markus Jooste?
Markus and I met through business in the late 90’s, and found we had a common interest in thoroughbred horseracing. We have been great friends ever since.

You owned the winner of the Vodacom Durban July 2 years in a row, POMODORO and HEAVY METAL. Tell us how you felt before and during the race?
Always nervous when they are in the stalls, and great elation when they win.

Tell us how it feels to win the big race?
Obviously a great feeling – wins are what keeps me in the game.

Tell us about your plans for Pomodoro?
He will go to stud next season.

You have plans to race Heavy Metal overseas. How is that plan coming along?
Heavy Metal is currently in Mauritius, on his way to Europe.

FOR THE LADS has done really well recently. What are your plans for her during the upcoming Gauteng season?
I leave all racing plans to Sean.

The Emerald Cup is run this Saturday. You have three runners in the race, tell us about each of the runners?

ACROSS THE ICE (4): He is drawn badly and his best form is over 1200m. However, my trainer feels that he is fit and well and has an each way chance.

MR TOBIN (5): Course and distance is a bit sharp and his form has been a bit erratic, but we believe there has been an equipment change, from blinkers to cheek pieces, and the trainer is hoping that this will make a difference.

TIGER’S RETREAT (10): Has his first run on the surface and I am not sure about his chances. However, his pedigree suggests that he can handle the sand and, with a good draw and a fair weight, he has an outside chance.

Do you have any promising young horses waiting in the wings which the public will be able to follow?
I am hoping that we have, but interested parties had better check with the trainer.

Tell us what your procedure is when you go to horse sales?
Sean looks at every horse at a sale, draws up a short list which we then try to see together in order to finalise our “bidding” list.

Who are your favourite stallions?
There are many good horses in South Africa, and I have had great success with many of them like Fort Wood, Captain Al, National Assembly, Jet Master and, of course, Silvano. Sad for the country to have lost Western Winter.

How often are you able to go to Sean Tarry’s yard and see the horses work?
Not as often as I would like to.

Does Sean have a stable jockey and who are the jockeys who give the stable the most help?
No stable jockey. For the last 18 months, Sean has been happy to make use of the services of various riders.

Tell us about jockey S’manga Khumalo?
It was absolutely great for him to be the first black jockey to win the Durban July.  His hard work and dedication are paying dividends. I am very happy for him.

You were, quite rightly, very excited and proud of S’manga Khumalo when he won the July on Heavy Metal.  Would you like to make him part of your team from now on?
At this stage he is still freelancing, as he is chasing the national title. It would not be ideal for him to have a stable commitment. He is a rising star and would be a credit to our team, if he did join the team.

Since winning the July on Heavy Metal S’manga has swept all before him. Have you had much contact with him since the July?
Not personally, but I know that he and Sean have obviously had more contact. We did, however, enjoy the Equus Awards evening together.

How highly do you value the input jockeys give you about your horses work or how they go in races?
It is up to the trainer to judge the value of each jockey’s contribution.

Your partnership with Sean is now one of the most enduring, and successful, partnerships in SA racing. What would you say is the secret of your success?
Compatibility, respect, and absolute trust.

Tell us about your involvement in the booming Klawervlei Stud?
I am a shareholder in Klawervlei, and it provides an aspect to horseracing that I enjoy a lot.

How often do you find time to relax on that beautiful stud farm?
Again, not as often as I would like to.

Are the rest of your family as passionate about racing and breeding as you are?
My son, Erich, enjoys horses and racing very much, and he and I have travelled together to many parts of the world because of the horse.

Outside of all things pertaining to racing and business, is there anything else in your life that you are passionate about?
Life itself.

What are your ambitions for yourself in the racing game?
To win more Group 1 races, worldwide.

The saying is “Behind every successful man is an equally successful woman”. Does this apply to Chris van Niekerk?
There are many people who have played a role in my life to make it the success that it has been.