South Africa’s incomprehensible victory over Spain was just another sign that the once seemingly impregnable Spanish footballing fortress may be, if not quite on the brink of collapse, at least susceptible to enemy invasion. Vicente Del Bosque is starting to discover the obscure price of revolutionary success. The global assimilation of the tika taka style championed by Spain bears testament to perhaps the most influential stylistic template since the more vague ‘total football’ pioneered by the Dutch team of the 70’s. But having raised the bar so high, Spain now have to fight to retain their resonance in a footballing landscape where their style is no longer an idiosyncratic weapon, but rather a universal language.

Perhaps the best way to examine this trend is to look back at the historical basis for Spain’s footballing evolution. Spain were traditionally the side in world football that had the dubious distinction of being considered the greatest underachievers in tournament history. Regardless of the extent of guts and glory shown, they seemed to be left behind by the increasing speed and physicality that accompanied the global explosion of the game. Del Bosque’s era heralded a dynamic game plan which sought to neutralize the physical limitations that had dogged Spanish football. Possession replaced brazen attack as the new king in town, with an emphasis on nurturing supremely technical players who could retain possession at any cost.

International teams suffered under the enormous frustration created by this new ‘death by possession’ mantra. The once iconic midfield general, such as Beckenbauer and Platini, was replaced by the likes of Iniesta and Xavi. Elusive and seemingly telepathic, these players have permanently altered the middle of the park dynamics. Modern defenses are made to look static and purely reactive in the face of this change. The idea of a ‘plug in the hole’ central defender became antiquated overnight as technical demands on all players went up exponentially. Now it seems that other international sides have caught up with the ‘Spanish Spring’ and seem to be perfectly positioned for a launch on their number one status. 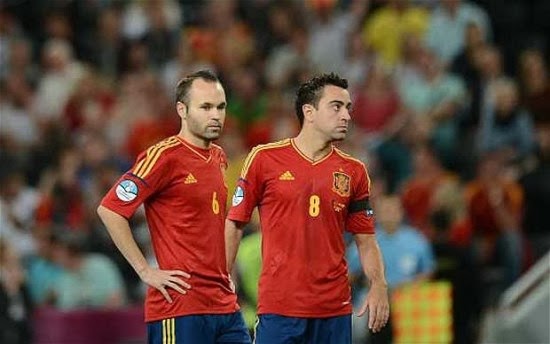 The success of the style has led to mass indoctrination in all leagues. Now it seems that all players are required to be technically gifted and sound in possession. The added advantage that other international sides have on Spain is that many still enjoy a physical superiority that predates the inception of the tika taka style. Now teams such as Brazil and Germany have more than just a purely physical edge, they have also acquired the intricacy and technical expertise that Spain brought to the international table. Even South Africa showed an amazing composure under pressure whilst completely bossing Spain in the physical exchanges. It seems as if a new hybrid style is being born that relies on a dynamic interplay between silky skills and physical aptitude.

Another phenomenon directly related to the widespread adoption of Spanish footballing aesthetics is the modern reconfiguration of the counterattack. Gone are the days that only the masochistic Italians or thoroughly outclassed sides deployed counter-attacking tactics. Managers such as Jose Mourinho have forged careers on solid defensive units that manage to soak up opponent’s pressure and convert it into a consistent creative force. The matches between Barcelona and Bayern Munich last season exemplified that the counterattacking style can be far more penetrative than the deliberate maneuvering of possession-based football. Ribery and Robben showed that possession is only as important as what can be realistically achieved with it. Therefore, Spain is under pressure both from other sides deploying their highly effective style as well as a finely tuned global riposte to tika taka. 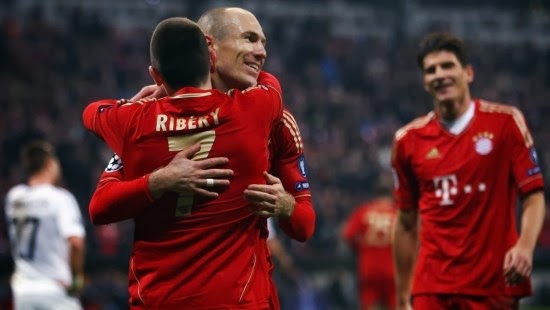 This is not to say that Spanish football has undergone a dramatic fall from grace from which they are incapable of recovering. They will still be contenders come next year’s World Cup, considering their recent success and the sheer weight of their quality in depth. However, I do feel that Vicente Del Bosque may need to address the ever increasing need to bring some vitality into a game plan slowly approaching international negation. So while Bafana Bafana’s victory over the World Champions may whip up patriotic fervor in South Africa, the entire global footballing community is beginning to realize that the once indomitable Spanish juggernaut may be in the early stages of minor regression.