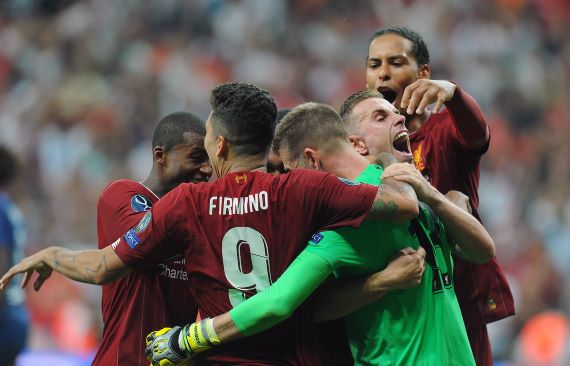 Another exciting round of matches awaits Premier League fans in gameweek 19. Aston Villa take on Everton, Leicester City host Southampton, and Liverpool take on Manchester United in the most eye-catching game of the weekend. All eyes will be on Frank Lampard at Craven Cottage as Chelsea face their west London rivals Fulham, while South African football fans will be excited to see Percy Tau in action again.

Chelsea face Fulham on Friday night in a game in which Frank Lampard will be desperate to return to winning ways. Since winning against West Ham at Stamford Bridge last month, the expensively-assembled Blues have suffered humiliating defeats against Arsenal and Manchester City in between a home draw against Aston Villa. Failure to beat relegation-threatened Fulham and the walls would really feel like they are closing in on Lampard. Surely Chelsea should have enough to see off their fierce rivals. I can’t take another lifeless performance from my club.

Despite some disappointing results in recent weeks, Wolves will be strongly fancied to claim maximum points over a West Brom side woefully short on confidence following a winless run of seven league games. I can’t see anything other than a Wolves win in this game. No use spending any more time analysing this one. Back them on the (-1) Handicap at 13/10.

West Ham have slipped to 10th in the table after winning just once in their last five outings, while Burnley are five points clear of the relegation zone in 16th place. The recent head to head results between the two clubs strongly favour Sean Dyche’s men with the Clarets winning four of the last five meetings – including three in a row – while they’re also in better form. At 32/10, they look good value.

Marcelo Bielsa’s Leeds have been the neutral’s favourite this term for their all-or-nothing approach to games, but on Saturday, they’ll face literally every South African football fan’s new favourite club Brighton after Bafana Bafana star Percy Tau joined up with Graham Potter’s squad. One thing about Leeds, they know how to find the back of the net. But so do Brighton, who have scored six goals in their last four matches at the time of writing. Back Both Teams to Score at 5/10.

Both teams have started the season very well and have punched above their weight, with very little separating them in the standings. There’s not much to choose between the sides, so I suggest backing Both Teams to Score at 5/10. It looks a better bet than backing either team to win.

Leicester City find themselves right in the mix for a top-four finish with half the season gone and they need a result in this game to continue that progress. Southampton have had a very good start to the season with 29 points from their first 17 league games. Ralph Hasenhuttl’s side deserved their 1-0 victory over Liverpool last time out and will look to cause another upset. The Foxes inflicted an excruciating 9-0 defeat on the Saints at St Mary’s last season, but the south-coast club got their revenge with a 2-1 win at the King Power Stadium. I think Brendan Rodgers’ side will just about win a very close game.

Tottenham looked to be launching an unlikely title challenge with an unbeaten start to the season until back-to-back defeats against Liverpool and Leicester brought them back down to earth. Nevertheless, the relentless form of their deadly attacking duo Harry Kane and Son Heung-min is a positive for the north London club. Sheffield United are statistically the worst team in the Premier League since the start of the season. The Blades languish at the bottom of the standings, having managed just two points in 17 games. I can only see one winner – back Spurs at 5/10 – one for the multiples.

Having had a slow start to the season, Manchester City seem to be finding their groove, winning each of their last five games at the time of writing, including wins over Arsenal, Chelsea and Manchester United. In excellent form and boasting a star-studded squad, the Citizens should comfortably put Palace to the sword. Back them on the Half-Time Full-Time Double at 5/10.

Arsenal are finding their rhythm at the perfect time with their hopes of finishing in the top four and qualifying for next season’s UEFA Champions League still within reach. Newcastle United are winless in their last six matches with four defeats and haven’t managed to take any points from their last eight trips to the Emirates Stadium. They haven’t even scored a goal there since the 2014/15 season, with the Home to Win to Nil market looking worth a dabble at 5/4.