It feels like forever ago that teams were negotiating league permutations. European and Cup glory has beckoned in recent weeks, not giving managers ample time to plan for this return action. Chelsea host Everton in what could be one of the more exciting matches of the season. The ebullient Jose Mourinho makes an interesting counterpoint to the introspective Martinez, and this should make for a fascinating battle at the Bridge. The other contenders all have winnable home fixtures that will put even more pressure on Chelsea to deliver the goods. Fulham’s trip to West Brom could be a watershed moment for a club buoyed by nuggety performances against both Liverpool and United. All in all, another crucial weekend at both ends of the league spectrum. Such is life in the English Premier League.

Jose Mourinho needs to regain traction domestically in the wake of a tactical implosion at West Brom and a dire Cup exit to City. The form of the Chelsea strikers has come under predictable scrutiny at press conferences. Everton have been consistent of late but have definitely lost some of their early season mojo. Players such as Barry and Osman look a tad jaded now, while youngsters like Mirallas and Barkley were always likely to struggle to maintain consistency. Chelsea, despite impending European commitments, have an outstanding home record under Mourinho and should be too classy for a compact Everton side. Expect Hazard and Oscar to shine. Chelsea to keep at clean sheet is good value at 11/10. Get on it. 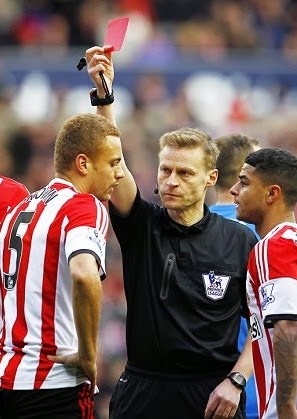 Arsenal’s predictable defeat to Bayern Munich could at least remind Wenger of what his priorities should be. This is not a team built to win a European Cup over two legs, but one far better suited to the rigour and complexity of a jammed title race. Arsenal’s dull draw against United was followed by a fortunate Cup upset over high-flying Liverpool. Sunderland are having one helluva interesting campaign. League Cup finalists. A deep FA Cup run. And on top of that, Poyet has a relegation dogfight to contend with. Season ticket holders are definitely getting their money’s worth. I still feel they should survive the dreaded drop, but Arsenal will pick up the three points in their quest to remain in the title. However, don’t discount Sunderland putting one in the back of the net. Both teams to Score at 11/10.

Cardiff are in desperate need of some magic if they are to survive what is becoming an arduous campaign. Their FA Cup exit probably came as a relief to the beleaguered Welsh side, as they can now focus fully on the far more important issue of ensuring their top flight status. Hull’s defeat at home to Southampton should not distract from what has thus far been a very acceptable season for the unfashionable side. The acquisitions of Jelavic and Long could be keystone events for a club proving that talent isn’t everything in this most competitive league. Cardiff just don’t have the resources at their disposal to mount a concerted survival challenge, and a point here will be met with far more satisfaction by Steve Bruce and company. The draw is tipped at 21/10.

With Manchester City’s last game being postponed due to bad weather, Pellegrini will be feeling some scoreboard pressure going into this seemingly bankable fixture, especially considering that they have not scored in their two previous league outings and were soundly defeated by Barcelona. Stoke have been keeping their heads just above water and in my estimation are probably the unluckiest side in the Premier League. Walters, Crouch and now Odemwingie provide real potency going forward while Charlie Adam is a major threat come set-piece time. City, however, will be too strong, especially considering the return of Nasri and possible return of the influential Aguero. I’m going big on Home to Win Both Halves at 12/10. 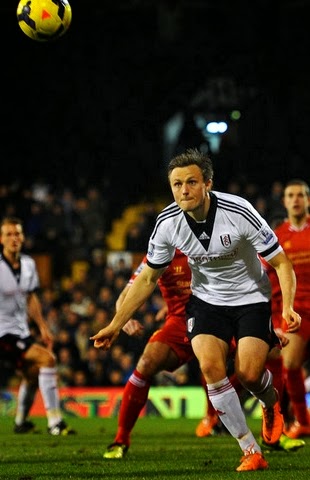 West Brom’s gutsy draw with Chelsea was a welcome tonic for Pepe Mel, as his fight for genuine credibility continues in earnest at the Midlands side. Berahino looks a dangerous player while Morgan Amalfitano’s return from injury can only be a good thing for the club going forward. Fulham’s credible performances against United and Liverpool will mean just shy of nothing if they can’t get something out of games like these. Darren Bent has looked a lot livelier recently, while Richardson and Sidwell have also impressed. This is a tough one to call; both sides have looked unpredictable in recent weeks. But you have to admire the way Fulham dug in at both United and against a rampant Liverpool side. I predict a surprising away victory at a whopping 37/10 that will leave Pepe Mel with a huge headache.

West Ham have astounded me. Three consecutive victories following a nil-nil draw at Chelsea is one thing. But to have won the last two following the controversial ban imposed on Andy Carroll is quite another. It clearly indicates that Allardyce’s side is far more resolute than anyone could have imagined and Kevin Nolan has been immense for the side. Southampton have looked reinvigorated in recent weeks; it probably doesn’t harm their cause that many members of their squad are pushing furiously for World Cup selection. This clash of sensibilities should be an exciting game of cat and mouse between two sides in decent form, which I think will end in a draw. I prefer either Both Teams to Score at 8/10 or over 2.5 goals at evens to play it safe on this one though.

The initial jump-start precipitated by Tony Pulis’ arrival has been subdued in recent times by some reminders of the broader issues permeating the Crystal Palace squad. Goals are still an issue as Chamakh has much to learn about being the pivot of the team. What can be said about what has slowly become a disastrous league campaign for the defending champions? Manchester United have been a shadow of themselves in recent weeks, while Juan Mata battles to justify what I thought was quite an exorbitant price tag. On the surface of this game, United should feel quite nervous against a highly motivated Palace side. However, I think this may be an occasion where the United juggernaut finally clicks into something resembling a gear, especially if Moyes starts Januzaj on the wing. A surprisingly comfortable away win for the out-going champions. Get United on the ‘cap at 15/10. Tottenham’s dismantling of Newcastle was really the icing on the cake for an in-house revival orchestrated by Spurs stalwart Tim Sherwood. His clear ideas stand in stark contrast to the over elaborate tactical confusion instilled by Andre Villas-Boas. Chris Hughton will be pleased by the gusto that his Norwich side always tends to show, the crossing of Robert Snodgrass and presence of Chris Hooper has provided a viable outlet for the Canaries. Goals are an issue though; Johan Elmander has yet to score this season while Van Wolfswinkel struggles to get up to Premier League pace. Having said that, I feel that Norwich have the pride and determination to earn a point at 23/10 against a Spurs side often lacklustre on the road.

Liverpool remain Premier League dark horses despite universal consensus that it is not quite their time yet. Their FA Cup exit left most Merseysiders apoplectic with shock; you had the feeling that Rodgers felt the Cup was well within their grasp this year. Swansea’s unceremonial sacking of Martin Laudrup has been followed by some decent performances which perhaps indicate that all was not quite right behind the scenes. This has obvious poignancy given the fact that Rodgers was the former Swansea manager, but Liverpool should have too much with only the league to completely focus their significant energy on. The Reds on the handicap at 7/10.

Newcastle’s recent run of poor form has not surprised anyone really. Alan Pardew remains surprisingly upbeat about everything, but his side are in a real freefall that they are going to find hard to stop. Aston Villa are a dogged side that can look both dynamic and pitiful in the space of five minutes. Bacuna has proved a lively signing while their front trio of Benteke, Weimann and Agbonlahor always threaten. Villa are perfectly set up for counter-attacking football and as such should be in business against a Newcastle side desperate to please their fanatical fan-base. I expect an away win that could have far reaching repercussions for the Geordie side. Get Villa at 26/10.

The man knows his football, but even he gets it wrong from time to time. Feel free to share your EPL tips and multiples below.
Related Topics2014ArsenalBarclaysbetbettingChelseaEnglish Premier LeagueEPLfootballLiverpoolManchester CityManchester UnitedOddspickspredictionpreviewtipsTottenham