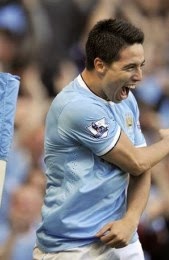 Paolo Di Canio’s dismissal filled me with a sense of overwhelming relief and renewed faith in the powers that govern English football teams. Sunderland host a stuttering Liverpool side this weekend and will be hoping that their decision to sack the Italian will bring about some immediate validation. The glaring marquee fixture of the weekend has to be the London derby at White Hart Lane. For the first time in ages Chelsea visit Spurs as the categorical underdogs, desperately seeking a momentum boost in a season defined more by Mourinho’s commentary than actual performance. City travel to Villa hoping to continue their recent run of form while United will earmark the visit of struggling West Brom as a golden opportunity to regain some lost pride. This will be a testing week for all clubs following a strenuous week of Capital One Cup duty, which will no doubt leave some clubs feeling somewhat overcooked.

Spurs left it late last week at Cardiff, delivering a gritty performance indicative of a team in ascent. Then they showed off their ruthless streak in their mid-week Cup fixture at Villa, thoroughly dismantling the opposition 4-0 on their way to the last sixteen. Chelsea followed their disastrous defeat to Basel with solid victories over Fulham and Swindon Town. Willian will need to learn some more composure in front of goal, while Mourinho still struggles to determine his best eleven. Spurs will dictate the rhythm of the match with their slick, effective midfield already developing cohesion. Eriksen and Lamela will terrorize the Chelsea fullbacks while they likely set up to play the typical counterattacking style Mourinho so admires. Hazard and Schurrle need to control the ball better while Oscar is continually preferred in the hole. Expect an exciting game that should see a clash of styles. It’s tough to pry these two sides apart, so the draw looks a good option at 9/4. However, more tempting is the notion that this is a fixture that can offer up goals. Get on the over 2.5 goals at 19/20. Aston Villa were disappointingly beaten by Norwich and Lambert’s issues have been dramatically compounded by the injury to star man Benteke. Manchester City were sensational against United and have started to show true championship credentials. Nasri and Toure were excellent, while Aguero has regained some of his previous brilliant form. Villa will have to make due with Kovac while Benteke is injured, a player who doesn’t offer the same physical presence that has seen Benteke dominate games. City have looked vulnerable on the road, dropping five points to Stoke and Cardiff, but one gets the feeling that their new vein of form will become infectious. Expect City to win, with Dzeko carrying on his goal scoring form.  At 5/10, look to include it in multiples. I’ll be looking for a bigger return, and advise taking City on the halftime-fulltime double at 11/10.

Fulham were quite abject at Stamford Bridge and will be hoping that their plethora of new signings will start to have a more positive impact on their performances. The possible return of Ruiz and Berbatov will galvanize the side while Jol still tries to find a way to incorporate Taarabt into his plans. Sidwell and Parker form a solid foundation for the side and these are the games that they need to win in order to progress as a club. Cardiff’s Malky Mackay will feel devastated by the last gasp goal against Spurs last Sunday and will be urging his side to carry on with their positive frame of mind. Odemwingie and Frazier-Campbell could prove vital on the counterattack but I feel this will be Fulham’s weekend to turn it on at home. Back them at 11/10.

Hull will be delighted with their come-from-behind victory at Newcastle. While Danny Graham has yet to register for the side, Tom Huddleston has settled into the middle of the park fairly effortlessly, dictating the tempo of play effectively. West Ham have been anaemic in recent weeks and will be dreading the sight of Leighton Baines for some time to come. They will be without red carded Mark Noble as well as injured Andy Carroll and Steve Bruce will no doubt sense the rare opportunity for back-to-back wins in the top flight. Expect a highly physical encounter that Hull will overcome in the end, with Graham possibly breaking his goal drought. At 13/10 as favourite, it’s a great bet. Manchester United bounced back from their humiliating league loss to City with a vital Capital One Cup win over bitter rivals Liverpool. What the midweek result will plainly reveal to David Moyes is how underutilized some of the members of his side are. Nani was impressive while Kagawa showed signs of penetration. Jones and Hernandez were also excellent and will have given David Moyes something to think about, especially with Van Persie likely to miss the match. West Brom will have been gutted by their penalty shootout loss to Arsenal and will need to rebound heavily to have any hope of a result. They were fortunate enough to benefit from the Di Canio debacle last weekend and will be hoping that Sessegnon can continue his scoring form.  United should win comfortably here as they continue to show their pedigree as perennial bullies.  There will be no 5-5 repeat but expect an entertaining game nonetheless. United on the goal handicap make appeal at 9/10.

Southampton were excellent at Anfield last week and will be relishing the visit of Ian Holloway’s struggling Crystal Palace team. Osvaldo showed good energy at Anfield while Rickie Lambert toiled continuously. Lallana and Rodriguez will look to link up effectively while the excellent Boruc proves a hard man to beat in goal. Whoever plays up front for Palace, be it Chamakh or Jerome, will likely have a long and fruitless afternoon. Southampton for me are the best of the rest (outside the entrenched top seven) and they should be comfortable victors here. They’re very short at 9/20, so look to include in multiples.

Swansea recorded a vital away win at Palace and host an in-form Arsenal side this weekend. Swansea play a similar possession based game to the Gunners but will have their work cut out in this encounter, especially considering their embarrassing 3-1 defeat to Birmingham. The one saving grace they may have is the fact that Arsenal have a vital Champions League tie next week against Italian contenders Napoli. This should allow players such as Michu the chance to capitalize. Arsenal seem to me to be in the type of form where games could not come quickly enough and will be relishing this trip to Swansea to cement their lead atop the Premier League. Expect a really hard fought win for the Gunners with Ozil once again instrumental. You can get Arsenal at 5/4, so take that and run with it.

Stoke were decent in patches at Arsenal but ultimately fell short in terms of quality. Mark Hughes will no doubt see this as an imminently winnable fixture and will be delighted that Stephen Ireland opened his account for the club midweek. Peter Crouch also scored and will be hoping that this will spark him into some of his vintage form. One man who will be crucial to Stoke’s cause is Charlie Adam, who has failed to inspire thus far in the number ten role. But it is his delivery that will be of most importance, especially with the likes of Shawcross and Walters lurking about. Norwich picked up a vital win and will be hoping that Snodgrass can match Adam at his own game, whipping balls into Van Wolfswinkel. But I expect Stoke to be imposing at home and take a tight victory at 19/20. 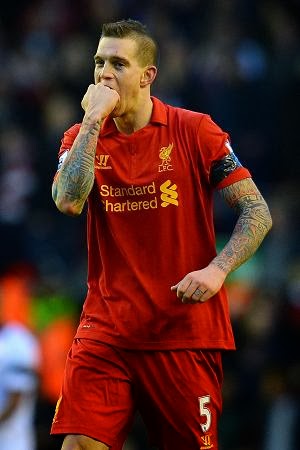 Hopefully some normality can resume at Sunderland in the wake of Paolo Di Canio’s inevitable sacking. I predicted this some weeks back and I am personally among those glad to be without his ridiculous antics on the field. This should energise the players into proving that they were not the ones to blame, at home to a somewhat derailed Liverpool. It’s amazing, how in the space of nine days, their seemingly indeterminate ascent has been thwarted by Cup failure and league form that sees them outside the top four. It actually seems cruel to even the most long suffering Liverpool fan. As some will recall, this is also the fixture which saw the infamous balloon incident some years back, and Liverpool know that more dropped points will almost completely deflate their supporters. See what I did there? The allure of proving their ability will be a powerful motivator but unfortunately I see more dropped points for a Liverpool side reeling a little. Take the draw at 27/10.

Everton have had a weird week; they managed to retain their unbeaten run in league against West Ham but they were also booted out of the Capital One Cup by Fulham. Now they welcome a Newcastle team who had a shocking result against Hull and who can’t seem to string two decent games together. Loic Remy and Leighton Baines were the two goal specialists for both sides last week and one would figure that both could prove vital to the end result here. Baines is behind only John Terry in Premier League goals by a defender and any dead ball within thirty yards in within his capabilities. Everton will protect their unbeaten home record but given the sheer unpredictability of Newcastle I believe they may just nick a point. Another draw tipped at 28/10.

The man knows his football, but even he gets it wrong from time to time. Feel free to share your EPL tips and multiples below.